'Never seen this before' Father and son diagnosed with breast cancer

A Jacksonville father and son are sharing their story that Buddy Check is not just for women. 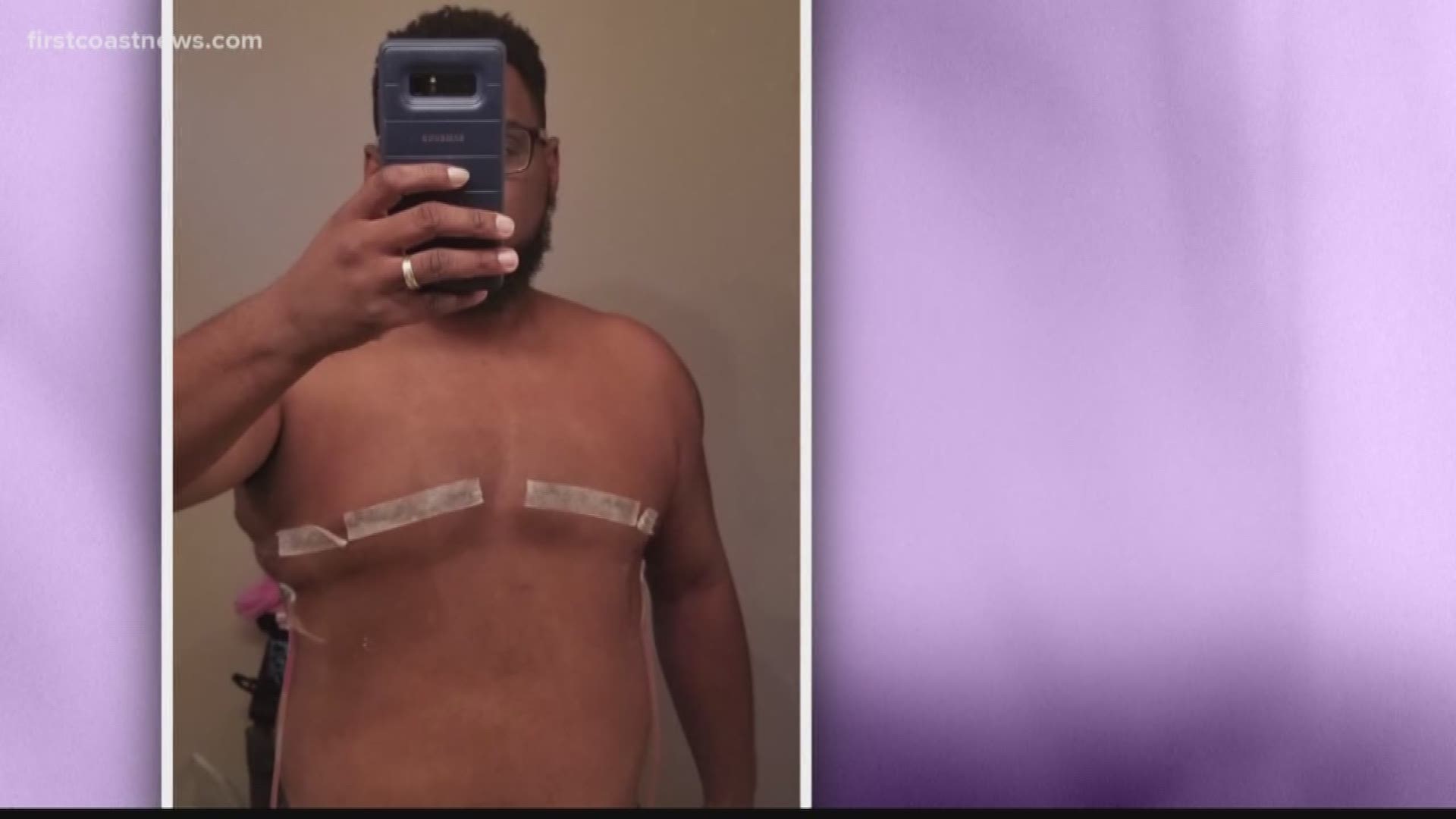 JACKSONVILLE, Fla — Dad tells the story with tears in his eyes. His son says, "I was shocked."

Now Al Stallings and his son, AJ, want guys to pay attention to their message.

Yes, men can get breast cancer, too.

Their surgeon, Dr. Gordon Polley at Baptist/MD Anderson, says he's been seeing breast cancer cases for decades and he's never heard of a father and son both getting breast cancer.

"It must be a gene we haven't discovered yet," Dr. Polley says.

AJ and his Dad are super close. As they sat down to tell us their story, Dad had to stop and wipe his eyes. "Just thinking about losing him..."

But then AJ runs through his story of catching it early. It's a good one to hear.

"I had a brown fluid oozing from my nipples," AJ explains.

He says he coaches ball and figured he got dirty or got a bit sloppy with some food on his white t-shirt.

But thank goodness he went for a check.

"That was weird," he says about going in for a mammogram.

Dr. Polley says, "He got it early. It's very curable."

But then months later, Dad finds a hard knot in his chest. It felt like the top of the metal screw. It was also breast cancer.

Dad didn't catch it as early as his son did. Al's is stage 2, already spread to his lymph nodes. But Dr. Polley says there's good news.  He did find it and didn't wait a couple of years.

"It could be a death sentence," Dr. Polley says.

Now Al and AJ are grateful, they say, that God kept them strong. The father-son duo has a company, Smooth Vocal Arrangements (SVA), to entertain at weddings and special events. Al has an awesome singing voice. In fact, he sings at Baptist/MD Anderson and draws quite the crowd.

Al says he is a big believer in Buddy Check 12. He tells FCN anchor and Buddy Check founder, Jeannie Blaylock, that men should "pay attention."

Al says, "I  just gotta say this Buddy Check program is a life-saver," he says.  He encourages men to check for any lumps in their chests, especially ones which are hard or firm.