After accident, dog adapts by learning to walk on hind legs

In a town surrounded by beautiful mountains, Dexter, the dog who walks exclusively on his hind legs, gets all the attention. 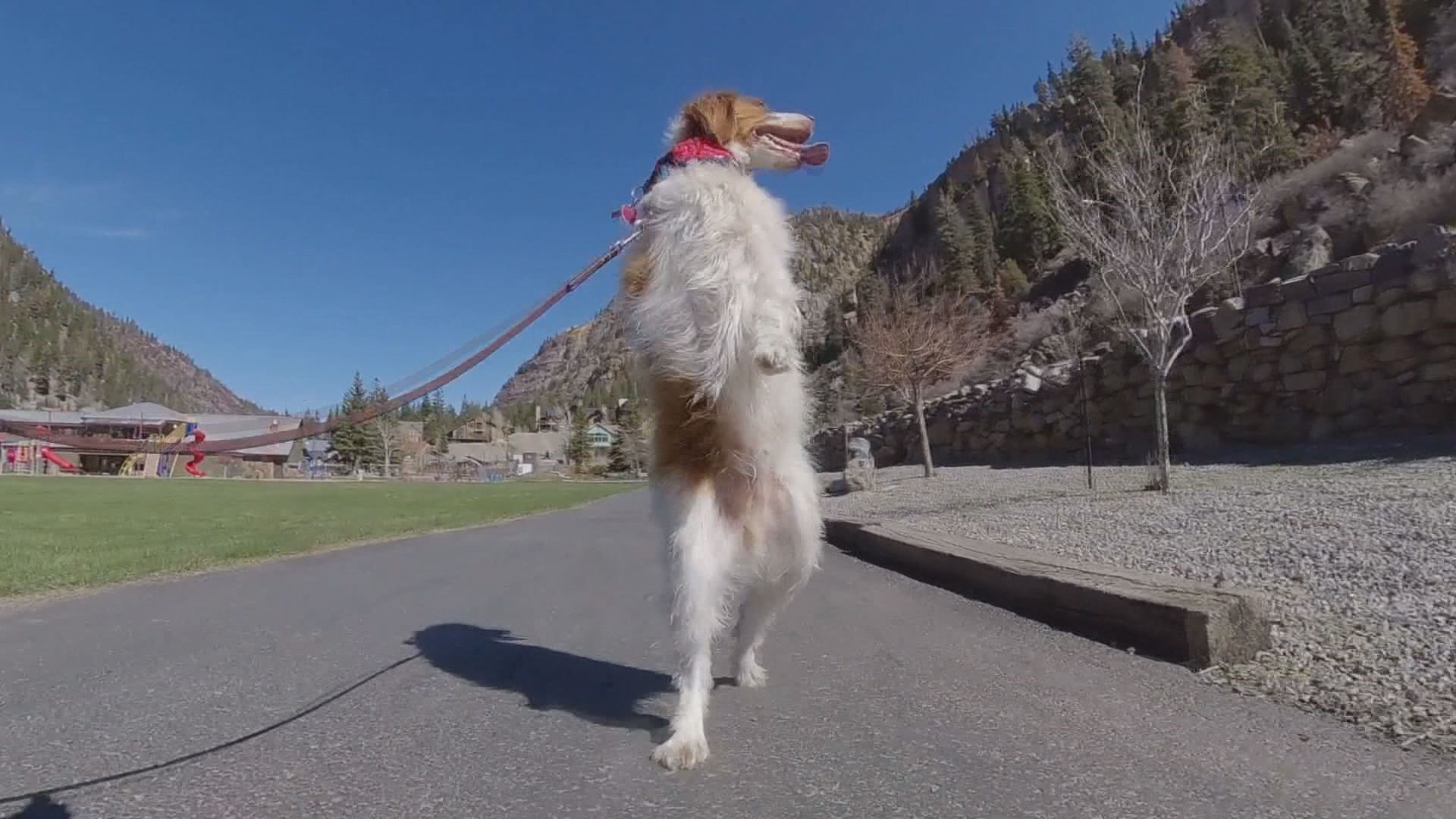 OURAY, Colo. — If you take your eyes off the San Juan mountains while strolling through downtown Ouray something strange might catch your eye: a dog walking down the street like a human.

It’s Dexter, Kentee Pasek’s 6-year-old Brittany Spaniel. Dexter turns heads as he walks down the street next to Pasek on his hind legs.

“He’s just an amazing dog,” one tourist said shortly after snapping a photo of Dexter on Wednesday. Others stared across the street after parking their cars.

“Everyone in town knows him,” Pasek said. “In fact, they know him now more than they know us.”

Dexter is known around the world now, with more than 60,000 followers on Instagram and more than 215,000 viewers on TikTok as of Thursday -- you can find him @dexterdogouray on both platforms. Pasek posts videos of her dog almost daily.

During his daily walk Wednesday, a student from a passing school group asked Pasek why Dexter walks like a human.

“Because he only has two legs that really work well,” Pasek told the boy. “He was in an accident.”

In 2016, shortly after the family got Dexter, he escaped from home. While sniffing for deer at a nearby park, Dexter darted out into the road. A truck ran over his front legs.

“We didn’t think he’d make it,” Pasek said. She remembers Dexter putting his head on her lap in the car on the way to the vet in Montrose.

The family had already lost two dogs in two years.

“I couldn’t put another dog down without giving him a chance,” she said. “I just couldn’t.”

She said the vet believed Dexter had a chance. He had to amputate one of Dexter’s legs and surgically insert pins in the other.

After a few surgeries and a lot of rehabilitation, Dexter started doing something strange. Instead of walking on his three legs, he started to adapt to using his hind legs to get around.

Before long, it was nearly the only way he was walking.

One day, Dexter went for a walk with Pasek’s mother. Someone passing through downtown Ouray spotted the odd sight and posted a Tik Tok video of it.

That video went viral and Dexter’s internet stardom was born. Videos of Dexter have garnered 5 million likes on Tik Tok. One of the videos was featured on Late Night with Jimmy Fallon.

“I am not a marketing major,” Pasek said. “It’s not something I’ve been like, hey this is what I want to do with the rest of my life. It just kind of popped up.”

Pasek manages both of Dexter’s accounts on Tik Tok and Instagram. It’s become something of a full-time job for her, which she needed. Pasek lost her full-time job managing a hot spring pool in town, which downsized because of the pandemic.

“My life changed just so dramatically,” she said. “Dexter got me up in the morning. The film and the conversation online got me moving again, got me working on outside.”

Pasek said she has not tried to monetize Dexter’s story much. She said just wants to share his perspective with the world, especially in these strange times.

Contact 9News reporter Steve Staeger with tips about this or any story by e-mailing Steve@9news.com.

RELATED: Nest-wrecking Standley Lake eagle now a mother of 2 (and the father is the man she stole)

RELATED: Colorado's dogs have mixed feelings about the March blizzard that dumped 2 feet of snow on their yards

SUGGESTED VIDEOS: Full Episodes of Next with Kyle Clark