'Pure hell having to relive everything': Nassau County jury hands down $1 billion verdict in crash that killed teen

Connor Dzion's parents said time, nor money, has healed the wounds from losing their son in a crash four years ago. 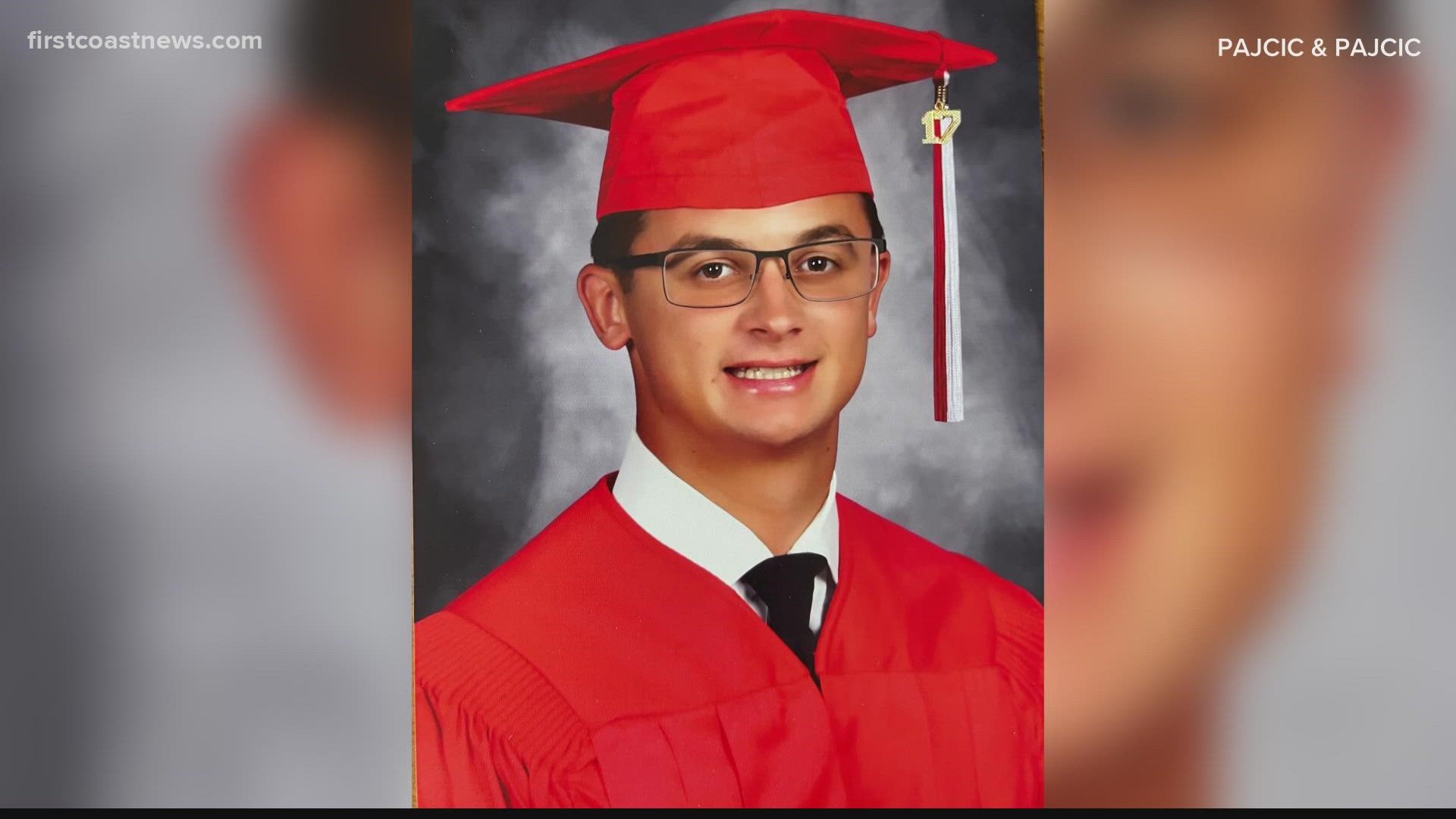 NASSAU COUNTY, Fla. — Friday, after five days of testimony and four hours of deliberation, a jury in Nassau County delivered a $1 billion verdict in the wrongful death case of 18-year-old Connor Dzion.

The judgement is against two trucking companies for a pair of accidents that led to the 18-year-old's death on Interstate 95 over Labor Day weekend of 2017. The verdict includes more than $100 million to Connor's parents, Melissa and David Dzion, for pain and suffering, and $900 million in punitive damages against one of the trucking companies, AJD Business Services.

The jury found the company negligent for employing a dangerous driver.

The verdict falls less than two weeks before the four year anniversary of Connor's death.

"It's pure hell having to relive everything all over again," Melissa Dzion, Connor's mother, said. "No parent should ever have to live this."

Tuesday, Melissa and David Dzion, along with their attorney, Curry Pajcic, held a press conference regarding the verdict.

"Whatever he did, he did it right, and he was determined and whatever he set his mind and heart to he would do it, and that’s why this hurts so bad," David Dzion said.

Connor, who was in his second week of college at the University of North Florida, was driving South on I-95 after visiting his girlfriend when he hit traffic because of an accident. The driver of an AJD Business Services truck, a company out of Staten Island, New York, admitted to the rescue crew he was looking at his phone when he crashed and flipped the semi, igniting a fire, according to his medical records subpoenaed by Pajcic.

An investigation after the crash, Pajcic said, found the company didn't conduct a background check on its driver. The driver, who was traveling from New York to Miami, had several prior crashes as recently as six months before the 2017 crash. The driver also didn't have a license to drive a commercial truck.

Connor got struck in traffic from that crash. About an hour later, another trucker working for Kahkashan Carrier Inc. of Canada slammed into Connor's car and killed him.

According to Pajcic, the truck's data showed the driver had cruise control set to 70 miles per hour and didn't brake until one second before the crash. An investigation found that driver was on his 25th hour of driving and couldn't read English.

"The jury spoke loud and clear," Pajcic said. "Today is the beginning of the end, we hope, for bad trucking companies and bad drivers, to get their attention and send a message to follow the law."

Connor wanted to pursue a doctorate in physical therapy.

"Someone at the prime of his life ready to fly the nest and make an impact on the world and he was snuffed out and never got to see it," Dzion said.

His parents started a foundation to honor Connor and raise awareness to stop distracted driving.

"Connor was determined to leave his mark on this world. Now, Dave and I will do it for him, with him. This has to stop," Melissa Dzion said.

They've started a golf tournament called the Connor Dzion Memorial Tournament as part of the foundation. They were able to have two tournaments before the COVID-19 pandemic and said it's just the start of a foundation that will continue to grow to share Connor's story and stop distracted driving.

"These companies are still in business, and hopefully this verdict will get their attention to play by the rules," Pajcic said.

First Coast News reached out to both trucking companies and hadn't heard back from either at the time this article was published.

RELATED: 18-year-old critically hurt in 3-car pileup on I-75 in Columbia County