"From that, we know there will probably be a lot of people evicted, but most will not become homeless," said Dawn Gilman, CEO of Changing Homeless. 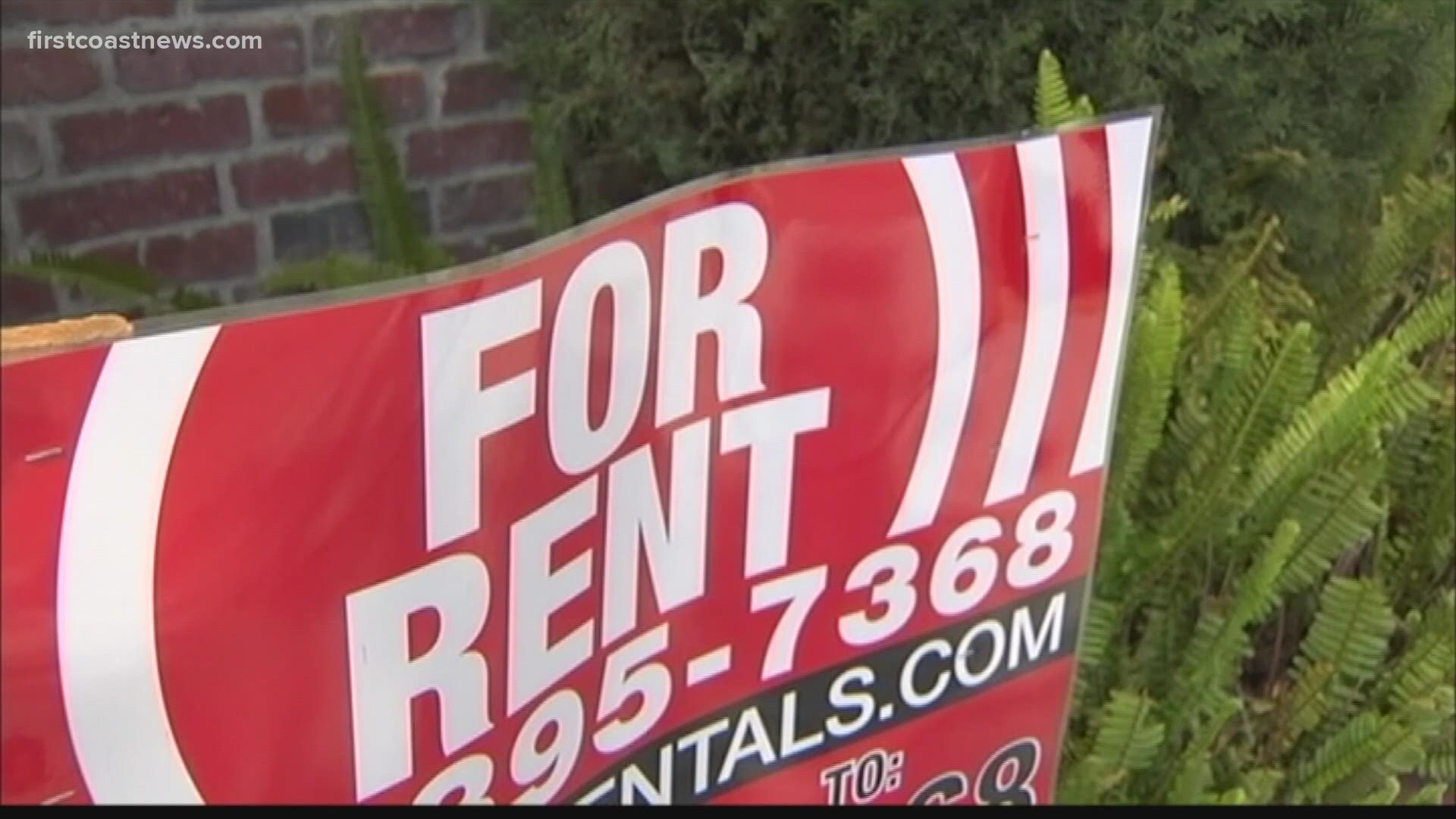 JACKSONVILLE, Fla. — At the outset of the COVID-19 pandemic when job losses went up, the number of tenants paying their rent went down.

This leaves many struggling Floridians wondering what to do next to keep a roof over their head.

"From that, we know there will probably be a lot of people evicted, but most will not become homeless," said Dawn Gilman, CEO of Changing Homeless.

Gilman said this is what they learned from the 2008 economic recession. She said the lack of affordable housing is making it even more difficult.

The number of eviction filings in the Duval County Courthouse is on the rise.

"There are many cases that have stayed because of the moratorium," said Suzanne Garrow, an attorney with Jacksonville Area Legal Aid.

She said now that the moratorium has expired, the cases deferred will move forward.

"There are a number of things that could happen," said Garrow. "Obviously if people don't have the money evictions can go up at that time."

According to the New York Times, these are the average rents owed in our surrounding counties:

"There was nothing in the order that forgave back rent," said Garrow. "So people should know they will likely be responsible for it certainly a payment plan would be more palpable for people who are back to work."

What do you do?

Garrow's suggestion is to start negotiations with your landlord now and keep the courts informed.

"You need to keep your landlord and particularly the court, especially if there is a pending case because things can move forward at any time and you want to be proactive," said Garrow.