After three days of deliberations, the jury was unable to reach a verdict Friday in the Suzuki moto liability lawsuit. 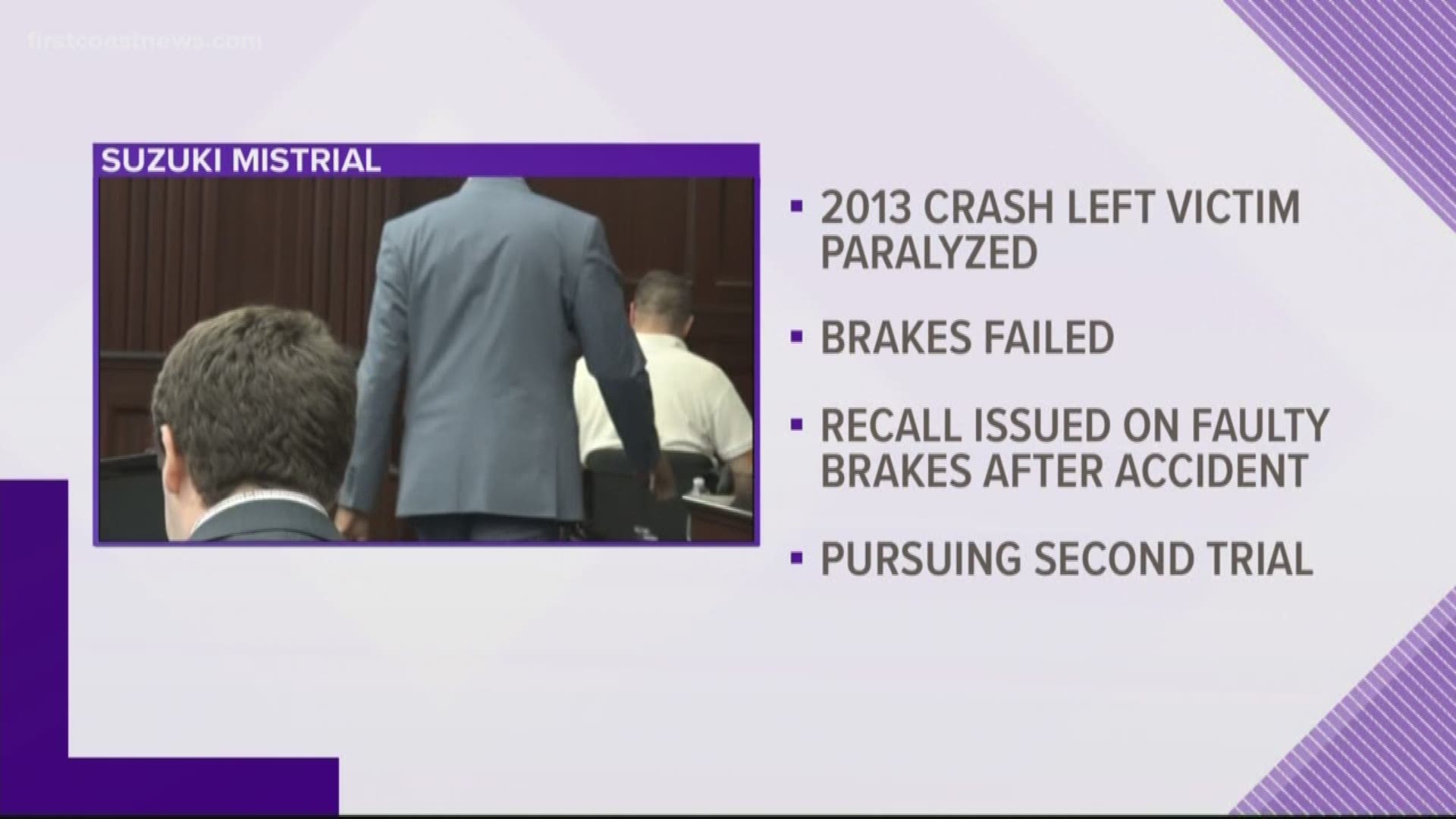 Six weeks after a massive liability lawsuit got underway in Jacksonville, the judge has declared a mistrial Friday

Plaintiff Scott Winckler sued Suzuki Motor Corporation for a 2013 motorcycle crash that left him permanently paralyzed when the brakes on his motorcycle failed.

Winckler's attorney says the crash was preventable because the company knew the brakes on the GSX R 1000 model were faulty. The company then failed to announce a recall until after Winckler’s accident. The company denies wrongdoing.

After three days of deliberations, the jury was unable to reach a verdict.