In order to make up for that loss of park land, a new riverfront park would be built on about 18 acres of the vacant land known as The Shipyards closer to downtown. 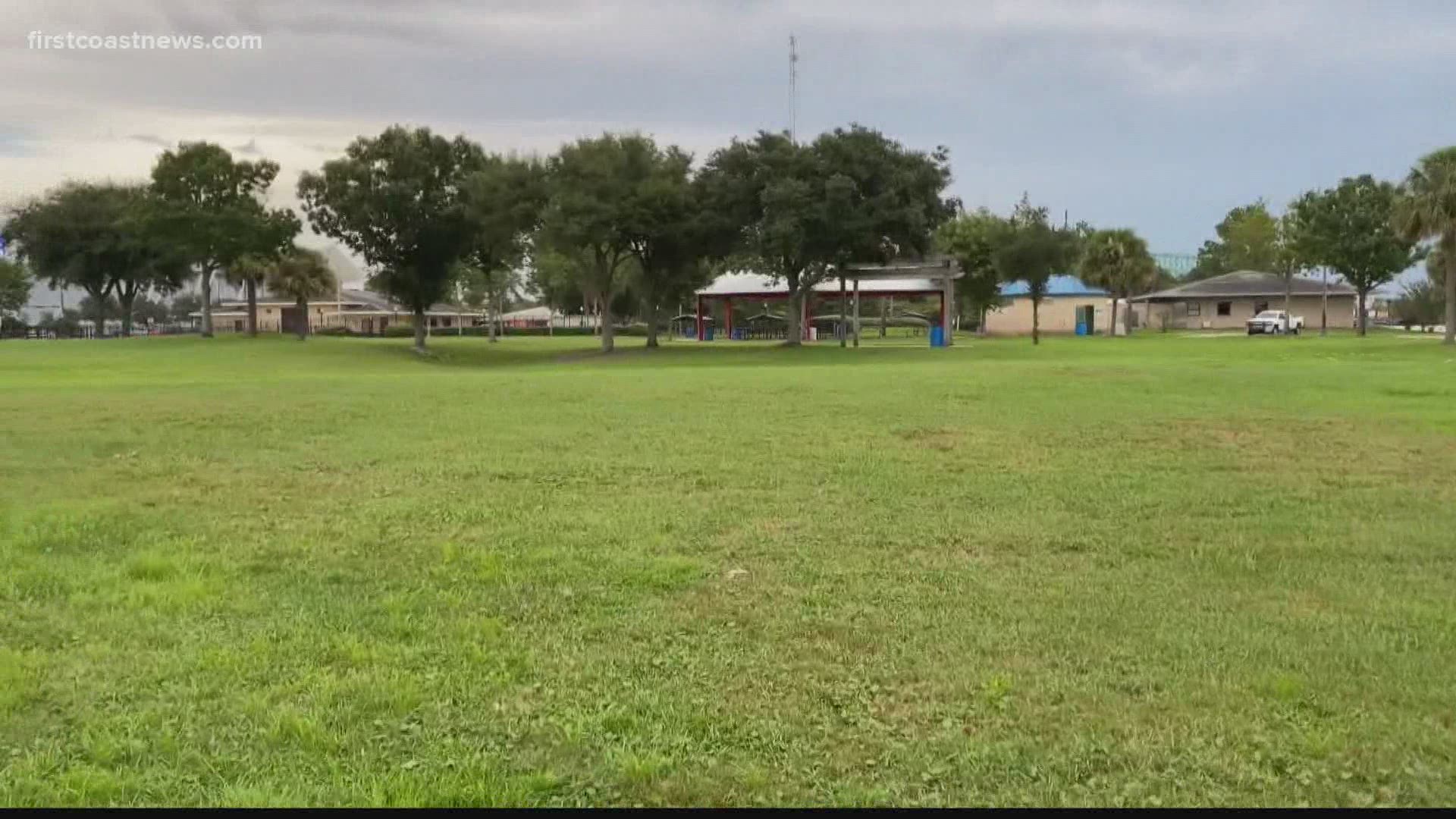 JACKSONVILLE, Fla — The latest vision for a swath of downtown riverfront covering The Shipyards and Metropolitan Park would release part of Met Park for private development — such as Jaguars owner Shad Khan's planned Four Seasons hotel — and replace that loss of parkland by building a new park closer to downtown.

The concept unveiled Tuesday at a Downtown Investment Authority workshop would essentially shrink Met Park, which is about 22 acres, down to 14 acres where it sits on the St. Johns River near the sports complex.

In order to make up for that loss of park land, a new riverfront park would be built on about 18 acres of the vacant land known as The Shipyards closer to downtown.

In between those two parks, construction would erect a new Museum of Science and History building, a luxury hotel and residences that Khan has said would be a Four Seasons brand, and a medical building specializing in orthopedic care.

An extension of the Northbank Riverwalk would run along the entire stretch.

"There's a big consensus that we need to do the riverfront right," Downtown Investment Authority board member Carol Worsham said at the end of the workshop. "There's a balance that needs to be struck, and I think this is a great step in getting us there."

The approach drew opposition from the St. Johns Riverkeeper organization, though.

Jimmy Orth, executive director of Riverkeeper, said the city has failed to invest in upkeep of Met Park, but that is "no reason to give away a portion of Jacksonville's largest riverfront park to a developer for a high-end hotel."

"We need to protect our parks," he said. "They are sacred ground, and we need to invest in the ones we already have, including Metropolitan Park."

The mix of parks, buildings and riverwalk drew favorable responses from representatives of those panels, though there were not estimates for what it would cost to build the new park or specifics about what features it would have.

Downtown Development Review Board member Joseph Loretta said instead of having a large park on one side of the riverfront stretch and a mixed-use development on the other side, having two parks with developments linked by the river walk "really gives us the opportunity to create great spaces for the city."

City Council member Randy DeFoor said there should be a "world-renowned park" that would attract people and tie into other city plans such as the Emerald Necklace of trails along McCoy's Creek and Hogans Creek. Hogans Creek feeds into the St. Johns River in the middle portion of The Shipyards.

"There is a real opportunity here to create an incredible win-win, and I would hope as we go through this process we don't mess up," DeFoor said.

The city owns The Shipyards and Metropolitan Park. The Shipyards has been the site of numerous proposed developments that didn't pan out over the past 20 years.

As for Met Park, the original 14.3 acre portion of the park is covered by a federal Land and Water Conservation Fund requirement for it to remain a park forever because a federal grant was used to create the park in the 1980s.

The city tried unsuccessfully to get the National Park Service to end that restriction. The concept shown Tuesday has that part of Met Park remaining as a park.

The city later expanded Met Park by another 8 acres where a Kids Kampus was built and later dismantled years ago. That part of Met Park is largely empty now, though there is a shuttered Jacksonville Fire Museum on the site. Boyer said that building would be relocated based on the concept of making that land available to private development.

Khan's plan for a Four Seasons Hotel and Four Seasons Residences could potentially go on that 8-acre portion of Metropolitan Park along with a neighboring 6-acre chunk of The Shipyards.

Jaguars President Mark Lamping said the square shape of the total 14 acres of land provides the best dimensions for the Four Seasons development and also is across the street from the sports and entertainment district.

The MOSH building would go a 4-acre portion of The Shipyards. That still would leave about 18 acres of The Shipyards going toward downtown for a park to replace the land lost from Met Park.

Iguana Investments has not yet made a formal proposal to DIA seeking incentives for the planned Four Seasons.

"We're working hand in hand with DIA staff on putting a proposal together," Lamping said. "We're not there yet."