Khan owns a Four Season in Toronto and he would likewise be the owner of the Four Seasons he plans for Jacksonville. 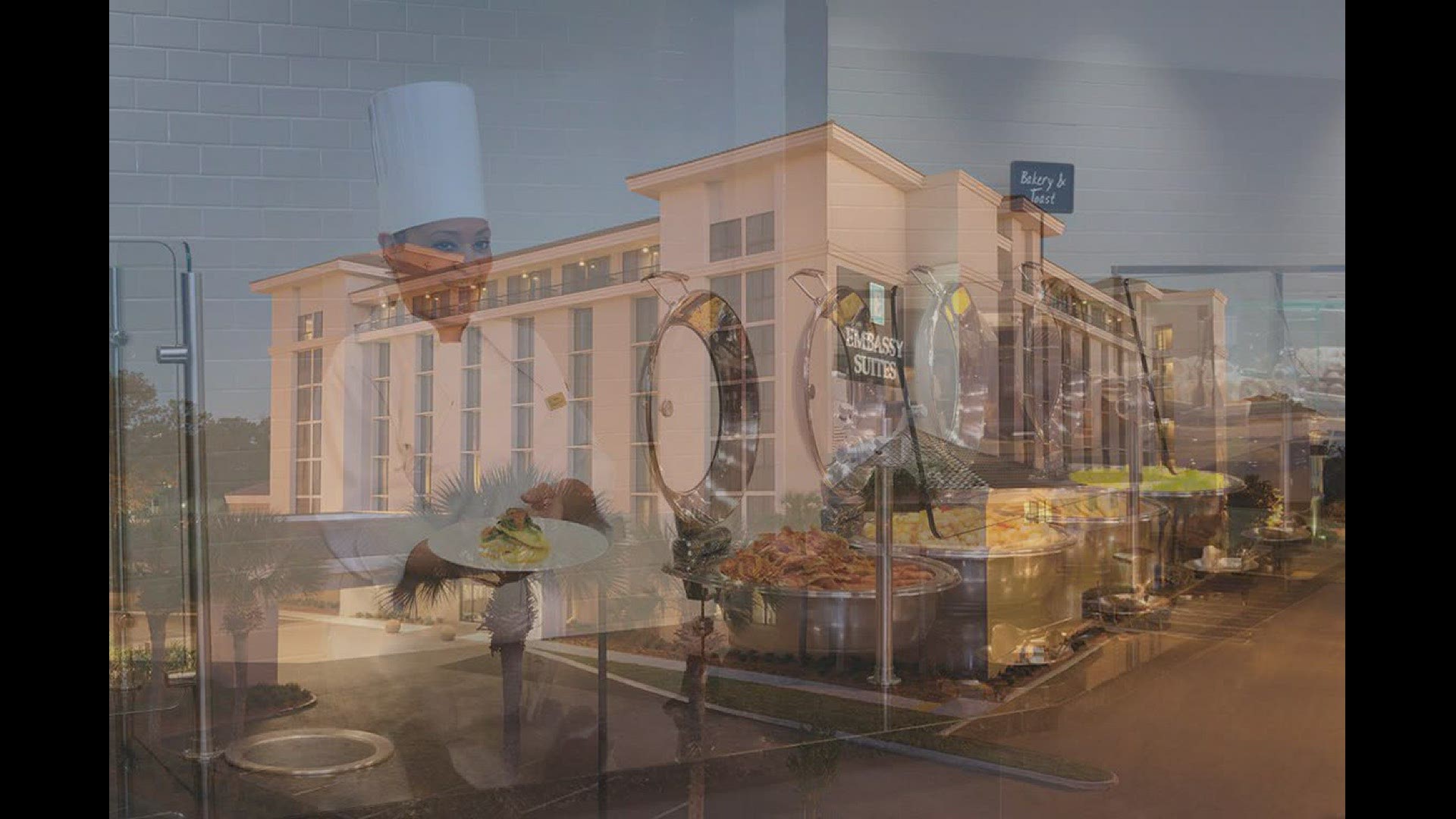 Khan owns a Four Season in Toronto and he would likewise be the owner of the Four Seasons he plans for Jacksonville, Lamping said.

"Shad is doing it because he believes it would be transformational for downtown Jacksonville," Lamping said.

The 177-room hotel would be part of a larger riverfront development on the Metropolitan Park site that is near the Lot J site that Khan and The Cordish Companies want to develop by the football stadium.

The Lot J project would have a mix of an entertainment district, apartment buildings, office space and a hotel. The hotel on Lot J would not be the Four Seasons brand.

Met Park is located across Bay Street/Gator Bowl Boulevard from the Lot J area. While there is no current development deal for the city-owned Met Park land, Lamping said Lot J development would set the stage for moving next toward the St. Johns River with additional development on Met Park.

DIA board Chairman Oliver Barakat said the plans for Met Park help put the Lot J development into a larger frame for new development in that part of downtown.

The Lot J development legislation pending before City Council would require up to $233 million in city investments and incentives, which is one of the biggest public-private partnerships in city history.

"Generally speaking, I think there are some concerns in the community about the level of investments and whether this will monopolize incentives for downtown in one area," Barakat said.

But he said if the Lot J development sparks development on the Met Park site and that parkland is replaced with a new park on the Shipyards property closer to the downtown core, "you start to really buy into the big picture and this can truly be a catalyst for the core."

He said the decision on the level of taxpayer support is up to City Council, but "as downtown advocates, we are exceptionally excited about having a developer want to do a development of this magnitude."

Any development on Met Park would require approval by the National Park Service to release the city from an agreement dating back to the 1980s that the property will remain a park in perpetuity.

The city has asked the National Park Service to lift that restriction by swapping other riverfront land in the area known as The Shipyards in downtown that would be developed as a large riverfront park.

Even if that approval is granted, the development of Met Park would require a selection process for a master developer and then negotiations over what kind of taxpayer spending and incentives would be involved.

Khan has said in the past that having a Four Seasons hotel would be the aspiration for development along the riverfront.

“I think we need to be aspirational,” he said at a State of the Franchise event in March 2017. “There’s nothing like that in Jacksonville. You are defined by the highest-end experience you have, so to me, that would be the logical brand for us.”

He said the Four Seasons has hotels in some of the best mixed-use developments anywhere, so the hotelier has a “secret recipe that we want to learn.”

In addition to a Four Seasons hotel, the plan also envisions a 50,000 square foot medical center that Lamping said would have a specialty of orthopedic care. He said the medical center would offer the kind of care that would generate "medical tourism" as patients travel from outside Jacksonville.

"We think it's really important to have that medical component," he said.

The plan also has office buildings and a parking garage. Some of the Four Seasons hotel would have residential units in addition to the hotel rooms.

The plan does not show a convention center, which has been part of past plans for the area.

The Downtown Investment Authority selected Khan's development firm, Iguana Investments, in 2017 to be the master developer of a 70-acre parcel covering the old Shipyards property and Metropolitan Park.

But Khan and the city did not strike a deal by the deadline for a development agreement, so the designation of Iguana Investments as master developer expired earlier this year. The Downtown Investment Authority would have to restart that process and invite proposals from developers.