When doctors and nurses started treating a 33-year-old Jacksonville man on the verge of death from stage four brain cancer, they never could have imagined the impact he would have on their lives. 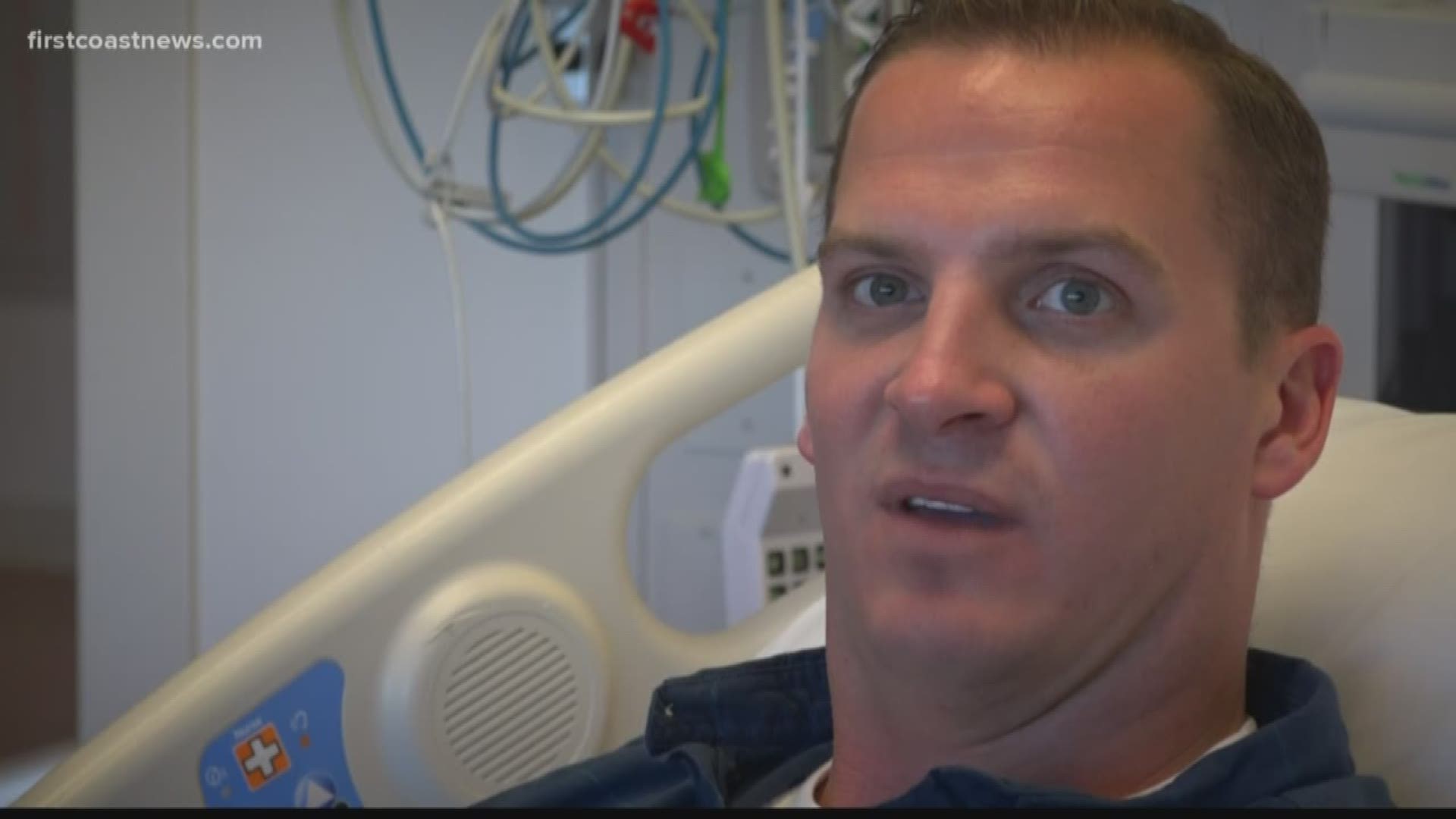 JACKSONVILLE, Fla. - When doctors and nurses started treating a 33-year-old Jacksonville man on the verge of death from stage four brain cancer, they never could have imagined the impact he would have on their lives.

Travis Martin was diagnosed with central nervous system lymphoma in May, but he had been having symptoms long before.

“Started getting really lethargic, tired all the time, forgetful, I’d be in the car and ask my fiancé where she lives,” Martin told First Coast News.

Still, test after test failed to reveal the true diagnosis.

“They told me AIDS about seven times, so I was hoping that wasn’t the case,” Martin said. “[Multiple sclerosis], sarcoid, I mean all sorts of weird things I’ve never even heard of.”

Martin got married on May 20 and opted to go to Orlando instead of Jamaica afterward because of his failing health. Just four days later, his condition deteriorated even more, and he was admitted to Baptist Medical Center Jacksonville.

"By anybody’s definition, he was in a coma,” Dr. Robert Cavaliere, a neuro-oncologist at Baptist MD Anderson, said. “He was unresponsive to any kind of stimulation, he was on a ventilator needing a breathing tube to keep him breathing.”

This team figured out what was wrong; stage four central nervous system lymphoma.

“People don’t normally get chemo in a coma and they gave my body a double dose,” Martin said. “Because Dr. Cavaliere said that he didn’t think there’d be a tomorrow for me.”

Martin’s body responded well to the chemo, but his story doesn’t end there. Because Travis Martin is no ordinary patient.

Martin’s interview with First Coast News was paused not once, but several times, as Baptist staff stopped by to talk to and hug their former patient.

During his hospital stays, including eight rounds of chemo, Martin made a point to befriend everyone on the care team.

Martin danced his way into their hearts. Each trip on the so-called “Travis Train,” a conga line around the floor, served as a bright spot for the team that helps people through their darkest hours every day.

They may have saved his life, but the relationship goes both ways.

“It’s the hope that you look for, it’s that great outcome that keeps you coming back for more,” Dr. Cavaliere said. “The one thing you can’t prescribe is a good attitude. And Travis has had a good attitude from Day 1.”

On November 2, Martin finished his last round of chemo. While there’s no guarantee the cancer won’t come back, Martin won’t give up.

Martin is now under observation, which means he’ll have an MRI about every three months to monitor his condition. In the meantime, he’s planning for a future that was once so uncertain. He plans to go to nursing school, a career path inspired by the care he received from his doctors and nurses.