Neighbors are crediting a group of teenagers for knocking on doors and telling residents at the apartment on Paradise Island Boulevard. No residents were hurt. 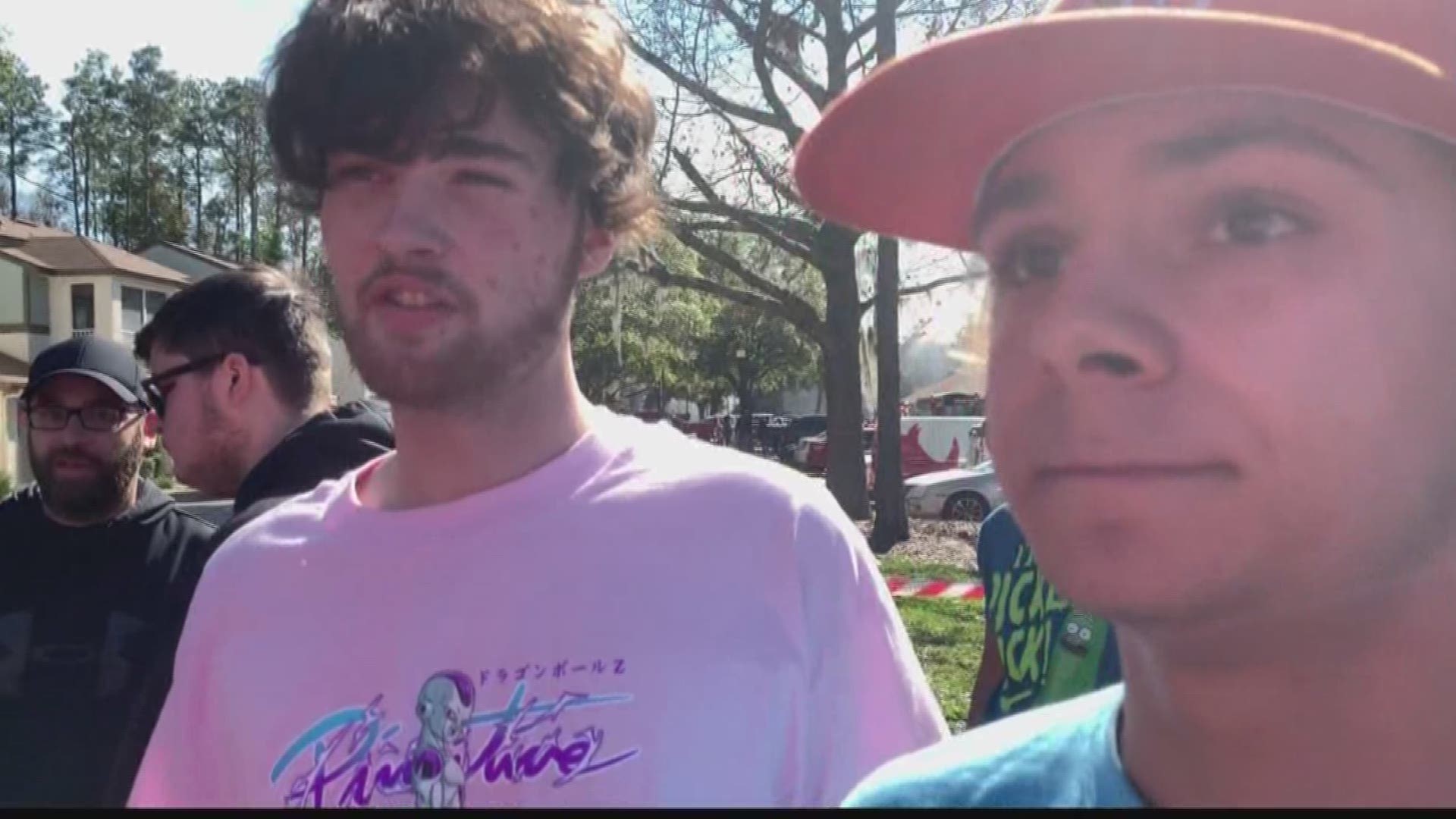 JACKSONVILLE, Fla. — Among the ashes and damage left behind after a 2-alarm fire at the Paradise Village Apartments Sunday is a story neighbors are talking about almost as much as that damage.

"They went and knocked door to door screaming 'fire, fire,'" Kerry Leonard, who lives in the building the fire virtually destroyed, said.

"Sunday morning with the family, [we were] all laying on the couch and a bunch of people were banging on the door, and at that point we opened the door and it was these gentlemen here telling us to get out there’s a fire," Curtis King, who also lives in the building, said.

The Red Cross was requested for the 20 units affected by the fire at the complex on the Southside, according to the Jacksonville Fire and Rescue Department.

JFRD said no residents were injured. A firefighter was taken to the hospital after a piece of debris fell and hit him on the head. JFRD said he was released Sunday night and returned home.

Neighbors credited a group of teenagers for saving their lives after running in and telling them to evacuate. Those neighbors said the teens saved several animals.

"They're just heroes to me today," King said.

The group of teens, most of whom live at the front of the complex, said they noticed smoke coming from a building in the back, and ran to help.

"No alarms were going off, smoke detectors, nothing was going off," Steven Deason, one of the teens, said.

"The only alarm going off was us beating on the doors and once that happened, me and him [points at Deason] and J.C. and Teegan went running around beating on doors trying to get everyone out," Zachary Grubb said.

At around 12:53 p.m., firefighters said they were responding to an apartment fire in the 7800 block of Paradise Island Boulevard. Crews advised that smoke could be seen.

By 1:10 p.m., crews said the fire was a 2-alarm fire, according to the Jacksonville Fire and Rescue Department.

"Our guys and girls did a phenomenal job," Captain Eric Prosswimmer with JFRD said. "This is a very difficult fire to fight when it gets up into the attic. It's not necessarily seen and you don't know how fast it's running," he said.

Prosswimmer said there's a fine line between being heroic and getting hurt regarding those who ran into the building.

The fire was called under control by firefighters at 2:30 p.m. The roof of the building collapsed.

Many who lived in the units affected said they lost nearly everything, but are glad to be alive.

"This is the only thing we have left," one woman said pointing at the clothes on her back.

"Y'all were my first responders today," King told the teens.

"If it was me, I'd want someone to help us, so we had to help them," James Williams, one of the teens, said.

JFRD told First Coast News that typically fire alarms can be heard at the scene of fires, but none were heard at the apartments and firefighters are looking into why that was the case. The cause of the fire is under investigation by the State Fire Marshal.

The teens, who neighbors credit for alerting them to get out of the building, who go to Tulsa Welding School, and set up a fundraiser for the displaced. To donate, click here. 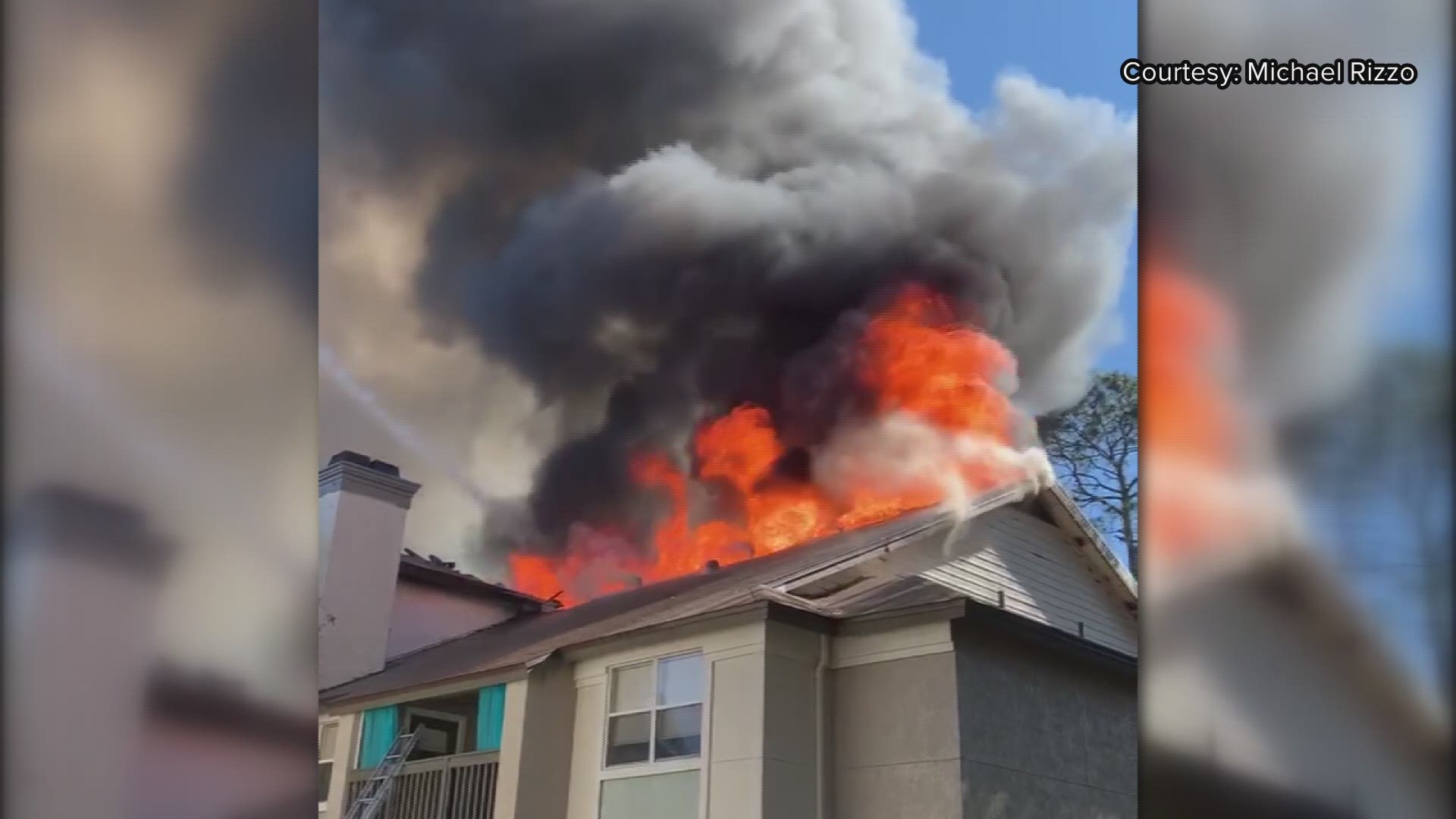 Several apartments destroyed after breaks out at Jacksonville apartment complex

1 / 4
JFRD
Several apartments at a complex in the Deercreek area caught fire. 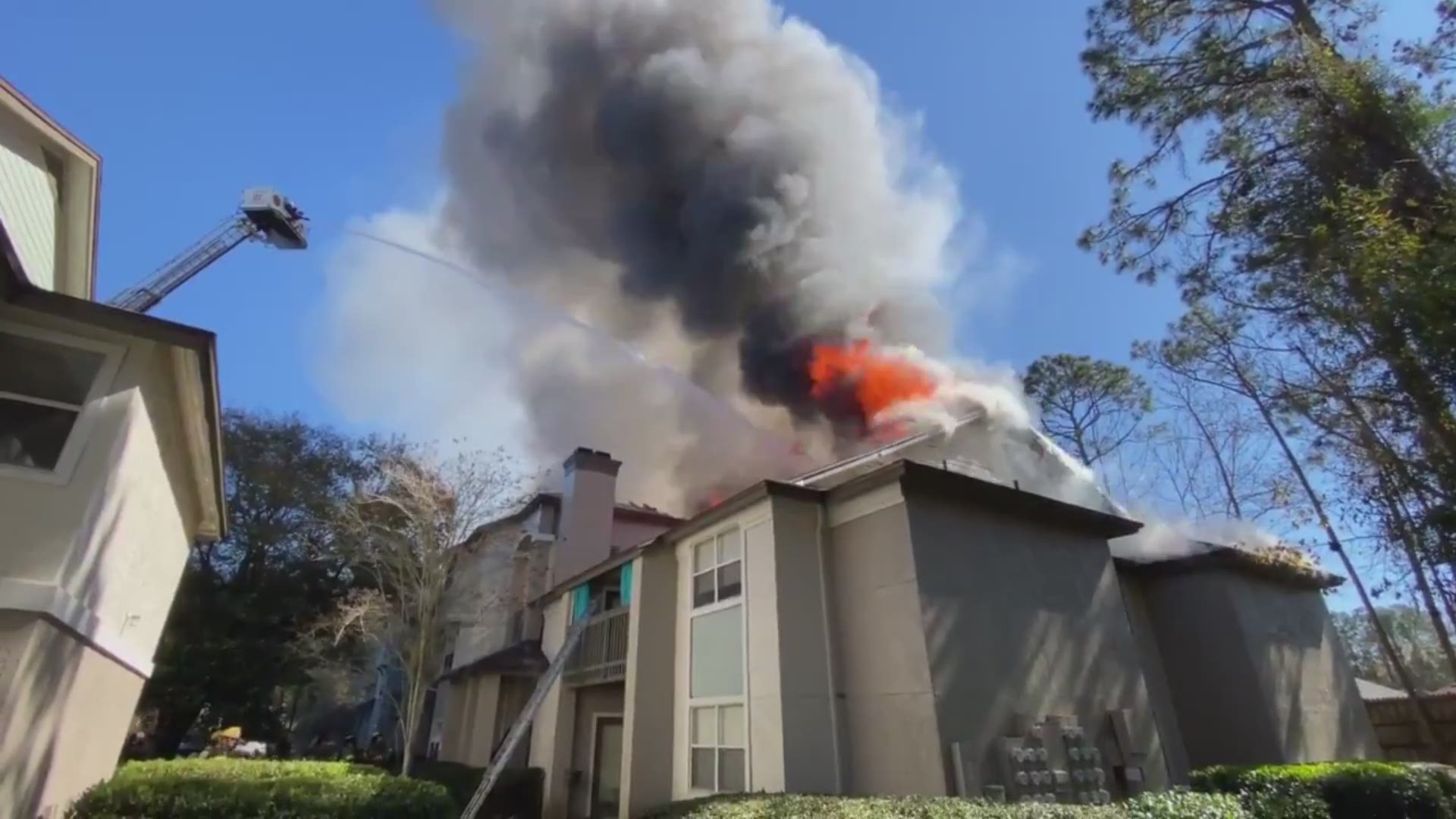