“Speak your mind or stick to the prayer?” That’s the question the Jacksonville City Council will grapple with in the coming weeks after a bill filed by Council President Aaron Bowman.

The bill would limit what religious leaders are allowed to say during opening invocation.

Bowman has not responded to First Coast News’ questions about why he filed Ordinance 2019-329. 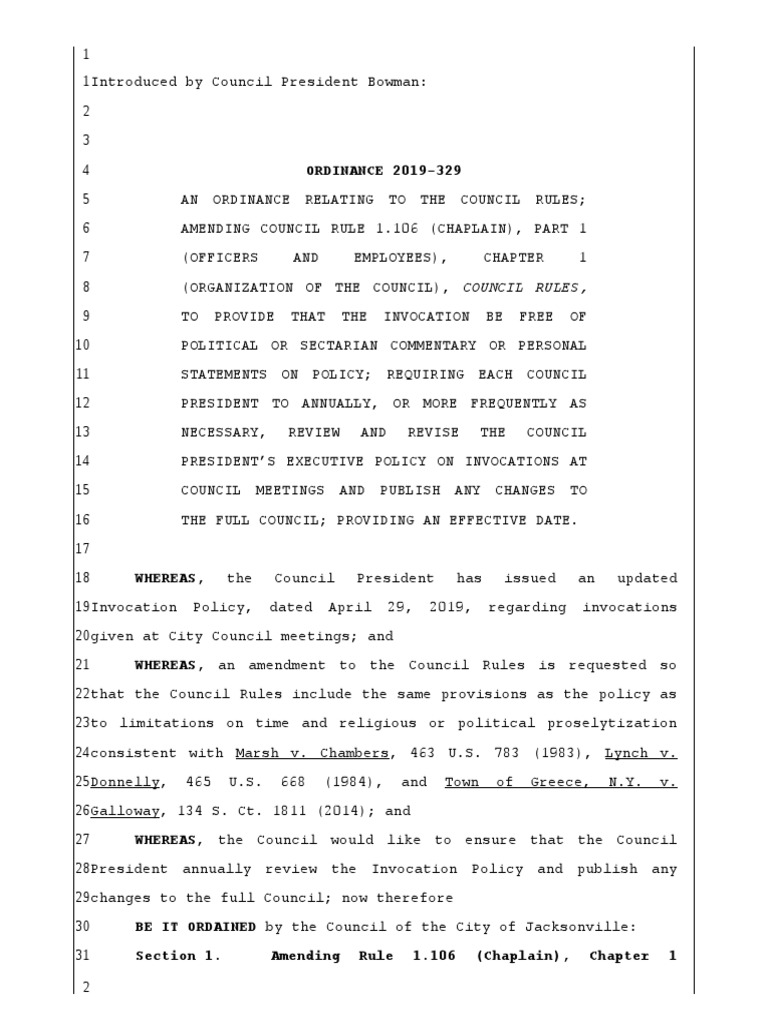 But it comes roughly two months after a contentious exchange at the March 12 council meeting, in which Rev. R.L. Gundy of Mt. Sinai Baptist Church was critical of the office of Mayor Lenny Curry.

“People are being intimidated, threatened and bullied by an executive branch,” Gundy said.

Council member Anna Brosche introduced Gundy at the March 12 meeting, at the same time she and Curry were wrapping up a combative election campaign, in which attack ads flew from both sides.

At one point, Gundy had his invocation interrupted. Moments later, it appears his microphone was muted, though he continued speaking for more than a minute.

“The invocation shall be free from personal political views or partisan politics, from sectarian controversies, and from any intimations pertaining to federal, state or local policy,” the bill reads.

The legislation would also limit invocations to two minutes. Gundy’s lasted about four minutes and 55 seconds.

While council members are free to invite religious leaders of any faith, Bowman’s bill would also ban some religious language.

Bowman and Gundy have not responded to First Coast News request for comment.