An employee at Ruby Beach Brewery says they were seeing more than just teal jerseys. 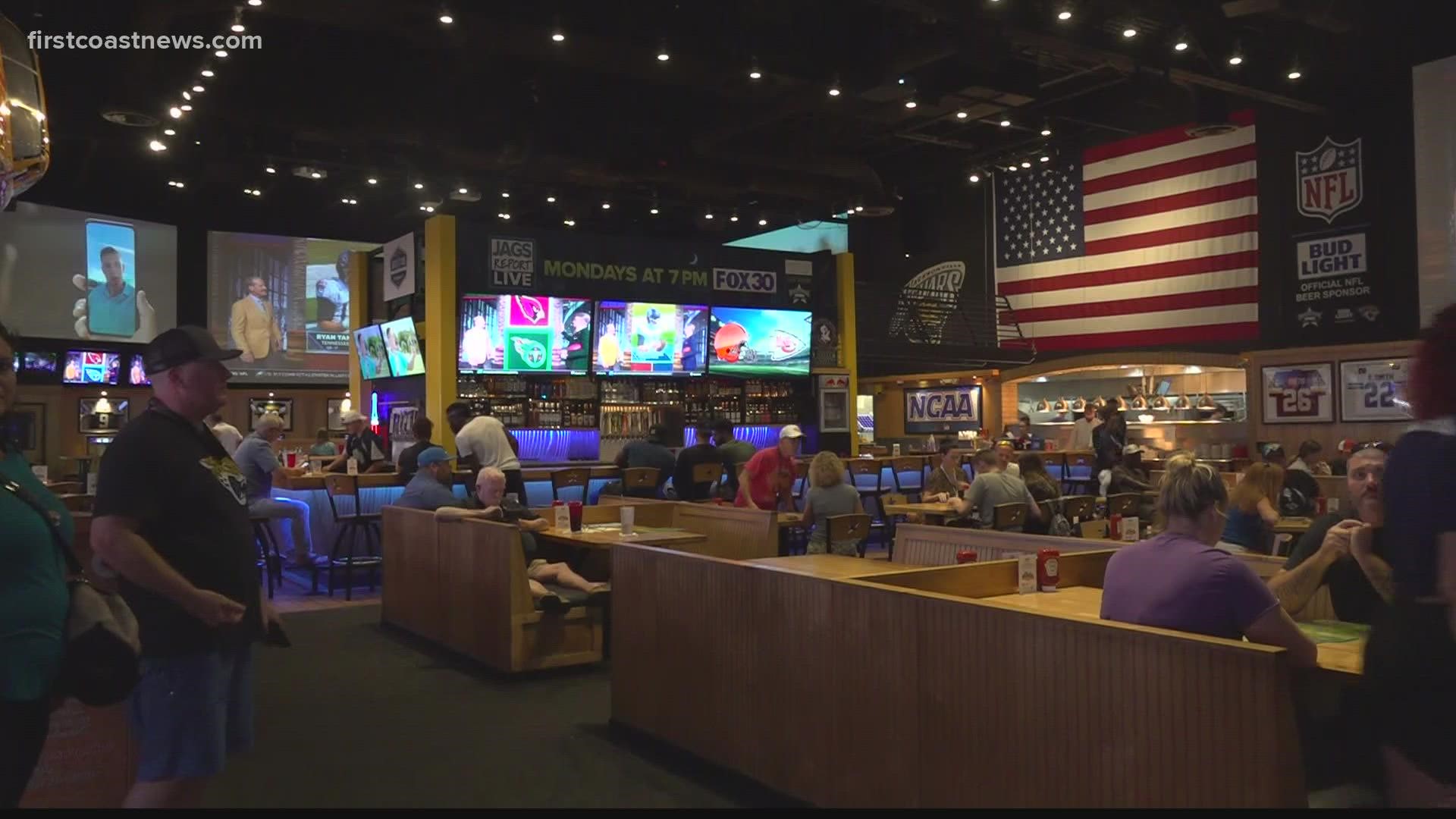 JACKSONVILLE, Fla — Bars in Downtown Jacksonville had fans from all over.

“Earlier today there was a good amount of Saints fans and Packers fans. Definitely some rivalry between the two teams. I had some Saints fans that wanted to put their drinks on a Packers fans tab. So that was funny," said Brittany Coant, a bartender at the Ruby Beach Brewery.

With the New Orleans Saints and the Green Bay Packers playing at TIAA Bank Field, Coant says they were seeing more than just teal jerseys.

“I came in at two and it was slammed with Packers, Saints fans, and Jags fans. So it’s definitely way busier today than it has been in past Sundays," said Coant.

Harvey works at Dos Gatos in Downtown Jacksonville. She says this year looks different from last year because more people are out of their homes.

“You know I think this is really the resurgence this is the comeback for football fans in general for sports fans. For everybody," said Harvey.

Sione Tamaseu, another employee at Dos Gatos, says it was a cool experience to see two different teams play in Jacksonville.

“We have been making those relationships and making that whole networking thing happen and getting people to come back when they’re back in Jacksonville like hey come here," said Tamaseu.