Nathan Myers talks candidly about surviving 43 years behind bars and adjusting to life on the outside. 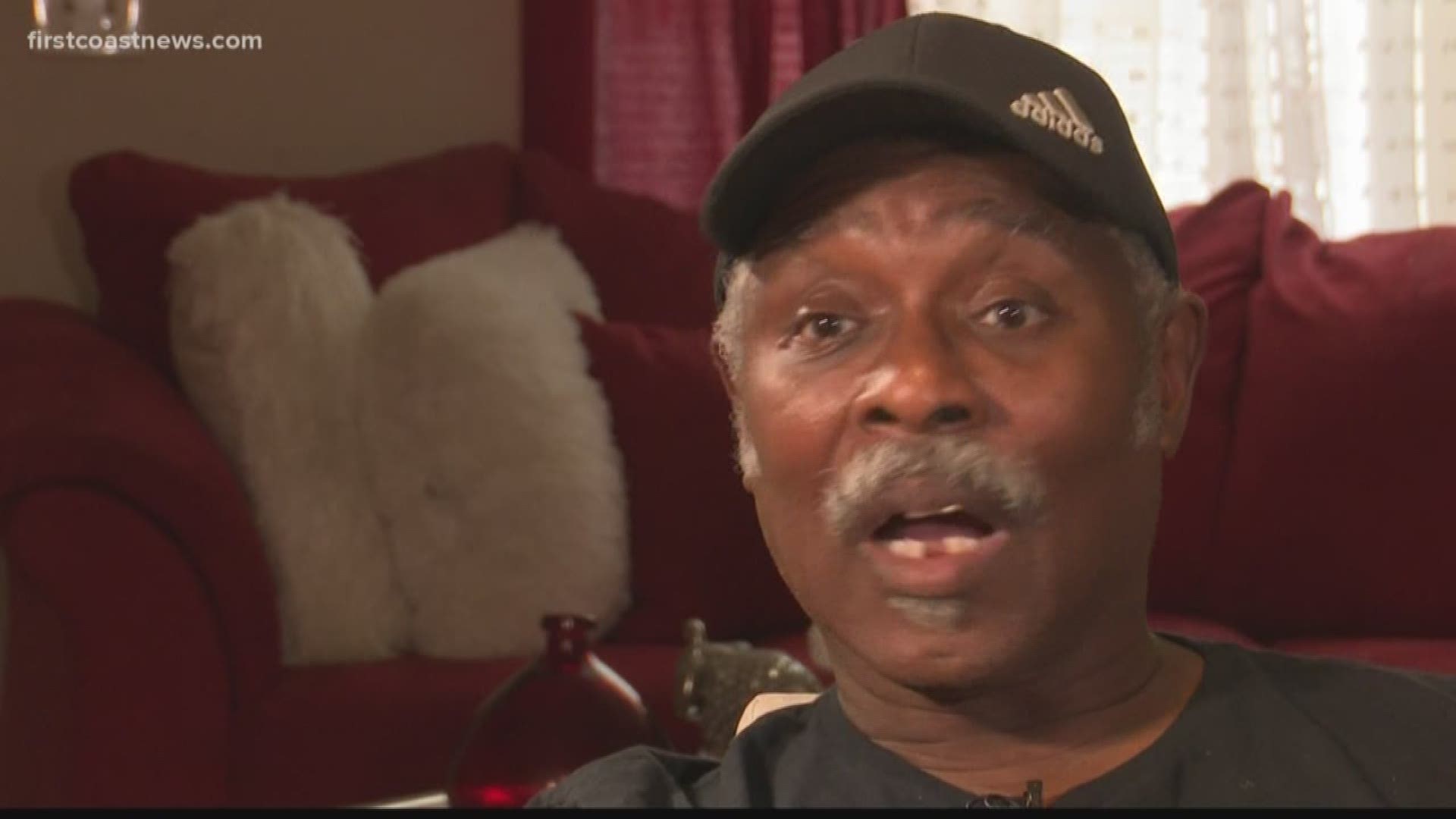 JACKSONVILLE, Fla. — It’s been a season of extremes for a man who knows all too well how quickly life can change.

Nathan Myers was wrongfully convicted of murder at age 19. Forty-three years later, he was released.

His exoneration launched a process to collect compensation -- $50,000 for each year spent behind bars. That process ended abruptly on Jan. 23, when the state Attorney General’s Office denied his petition, saying there was no evidence of actual innocence.

Then, less than 24 hours after First Coat News and our news partner The Florida Times-Union reported on that denial, the Attorney General walked it back. Nathan Myers is now due to collect roughly $2 million from the state.

In a one-on-one interview – his first on-camera interview since his release – Myers reflected on the dramatic shifts in his life over the past year, his first outside prison since 1976. Below are portions of the interview.

Some sentences are out of order for clarity and context.

"Eighteen years old, I just got out of school so I got a chance to do nothing in my life."

"I see the police coming toward me. 'Did you say your name Nathan Myers?' I said 'Yes sir.'

Said, 'We got somebody say you shot em.’ Oh, Lord have mercy."

"I’m kinda scared, but I’m not scared, because I know I did nothing wrong. So I guess they gonna take me down there and let me go.

All the ballistics tests came back negative of gunpowder, negative of bloodstain. Everything was clean.

"Me and that girl [Jeanette “Baldie,” Williams, the woman killed] had a relationship like sister and brother. She cooked for me every Sunday my favorite meal -- collard greens, potato salad.

We were real tight. No way in the world I would've gone in and did that to her. No way. We were too close, too good friends. She never did nothing to me."

"I was angry. I was so angry, because I know I was innocent of this crime. I didn’t do it. And I kept saying how in the hell I get caught up in this here?"

"I'm alone in a jungle. With some people like me – innocent people – and some hard-knock criminals. So I call it a jungle. All kinds of wild people running around in prison."

"I lost everybody when I went to prison.

I lost my mother, my brother, my sister, my daddy, my grandmamma, my granddaddy and a lot of uncles and aunts.

"I think I’m doing good. I don’t think there’s no problem with me adjusting.

March 28 will be one year that I’ve been free. Like I say I’m adjusting." 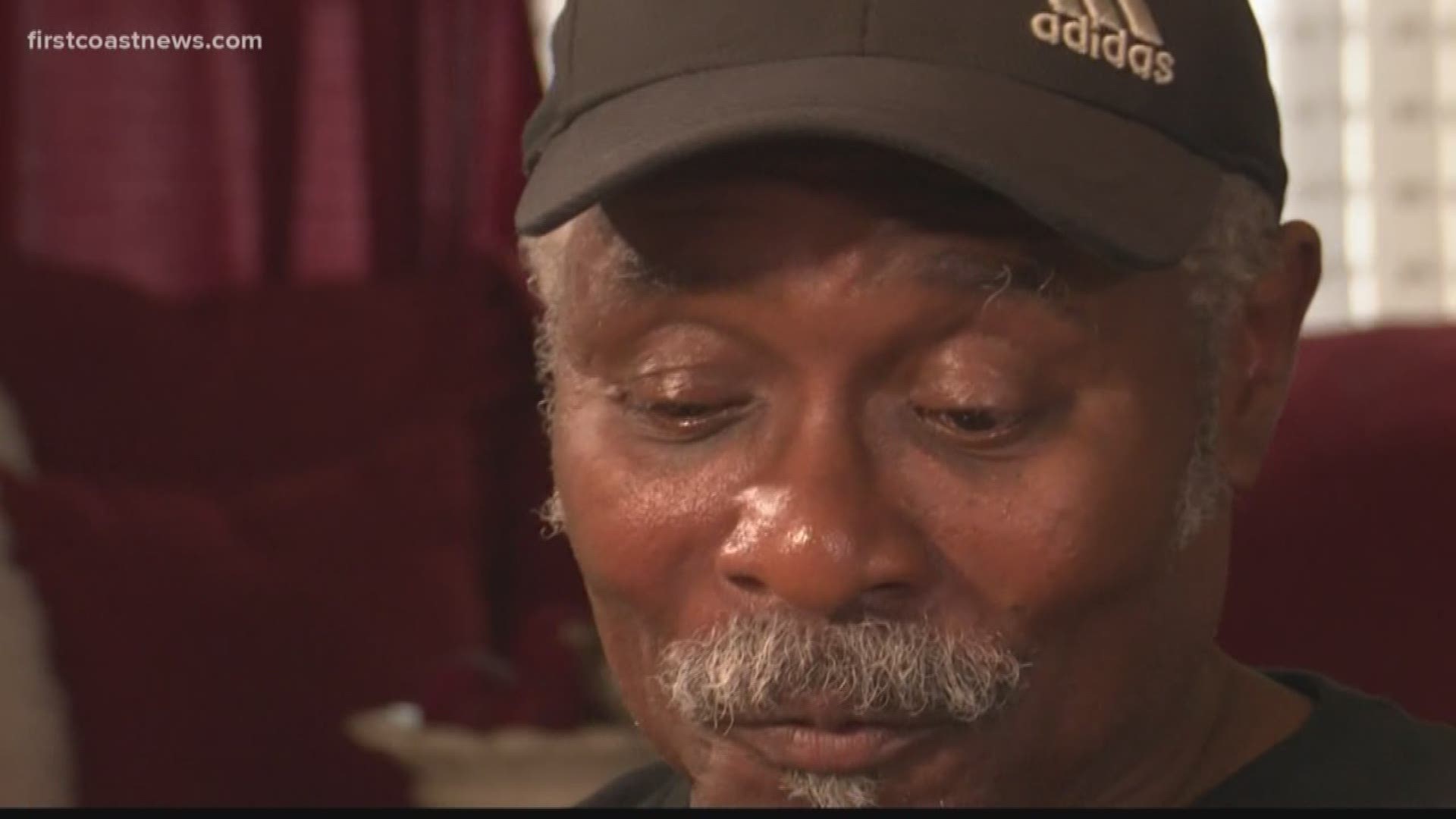 "This little phone here, I still don’t know how to use it good. I know how to text, I know how to answer and I know how to call out. All that apps they got on there I don’ t know nothing about. All I need is to say 'hello, how you doing, goodbye,' that’s it."

"Now the lady [Associate Deputy Attorney General Carolyn M. Snurkowski, who rejected Myers’ petition for compensation] is going to try to take everything from me? They took my life now trying to take the little money that the law says that I’m due for? You going to take that too. What kind of woman is that?"

"My jaw just dropped [upon learning about the AG’s decision]."

"People took all this time out of my life, and the law says they should compensate me for that. She’s the only one holding me up."

"Just do what you’re supposed to do. I’m not asking for nothing special. I’ve waited patiently for all these years, so I’m still being patient."

"All I want to do is get me a home, get me a vehicle to drive and I want to lay back and just chill out my life."

"Miss Melissa [Nelson] and Miss [Shelley] Thibodeaux, they are beautiful people. They are good people. God made a path, he put people in our life to represent us and walk us through it and they worked real diligent on it. They worked real hard."

"I’m here, just trying go to be peaceful and enjoy my life.

I’m happy, I’m grateful, I’m blessed … blessed to be here with my family that I have."