Crime expert Mark Baughman said you shouldn’t do try to take matters into your own hands and engage with the suspect. He also says to keep your blinds closed. 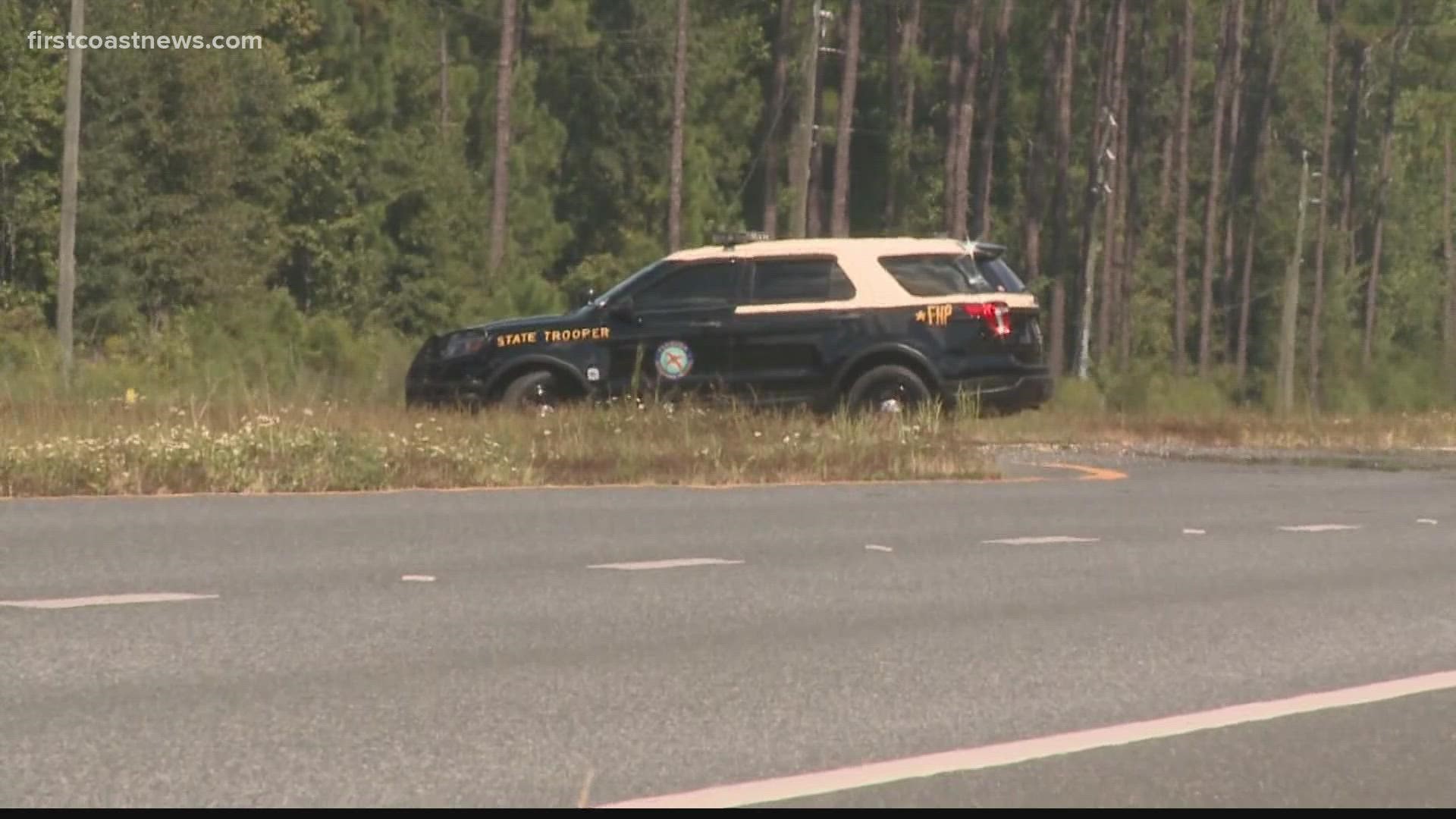 JACKSONVILLE, Fla. — Many people who live in Callahan are on edge as day four of the search for suspected shooter Patrick McDowell continues. The Nassau County Sheriff's Office says McDowell is wanted in connection with the fatal shooting of 29-year-old Deputy Joshua Moyers.

First Coast News Crime and Safety Expert Mark Baughman believes McDowell is still within the search area because additional law enforcement are being called to join the manhunt in Callahan.

“Your adrenaline is up," Ellen Monds said. “You are very wary of your surroundings. You’re constantly listening. It’s stressful at times. At first, you couldn’t get out of your home.”

Ellen Monds lives in the middle of the rural search area.

Dozens of law enforcement agencies from Florida and Georgia are in Callahan. A whole busload of officers arrived in the search perimeter, and even U.S. Customs and Border Protection vehicles parked along U.S. 301.

“It is frustrating not with the law enforcement but with the suspect," Monds said. "I know he’s dug in his heels, and he’s trained, and he’s going to go with it until the end.”

“This isn’t the first, and it won’t be the last," Mark Baughman said.

Baughman said one of the ways people in the area can protect themselves is to keep their firearms close to them if they own a weapon. Another tip is to make sure your windows and doors are locked.

“If you can light up the area outside with floodlights or whatever, I would do that," Baughman said. "If there are outbuildings that you fear somebody could have gotten into and there’s no way to secure them, there’s plenty of law enforcement up there, today more than ever. If you call them, I’m sure they’ll clear that building, as they should."

Baughman said what you shouldn’t do is try to take matters into your own hands and engage with the suspect. He also says to keep your blinds closed.

A heavy police presence is in Callahan for day four of the search for Patrick McDowell, who @NCSO_FL believes shot and killed Deputy Joshua Moyers. We're expecting to learn more information on the search during a press conference at 3:30 p.m. @FCN2go pic.twitter.com/Ec2G3iuLiX

We are seeing dozens of law enforcement vehicles along U.S. 301, including U.S. Customs and Border Protection. We've seen police from counties throughout Georgia and Florida searching for 35-year-old Patrick McDowell. @FCN2go pic.twitter.com/3XrBBlpLlq