Suppliers and real estate agents say shortage of lumber, doors and windows is increasing the time of new home construction by several months. 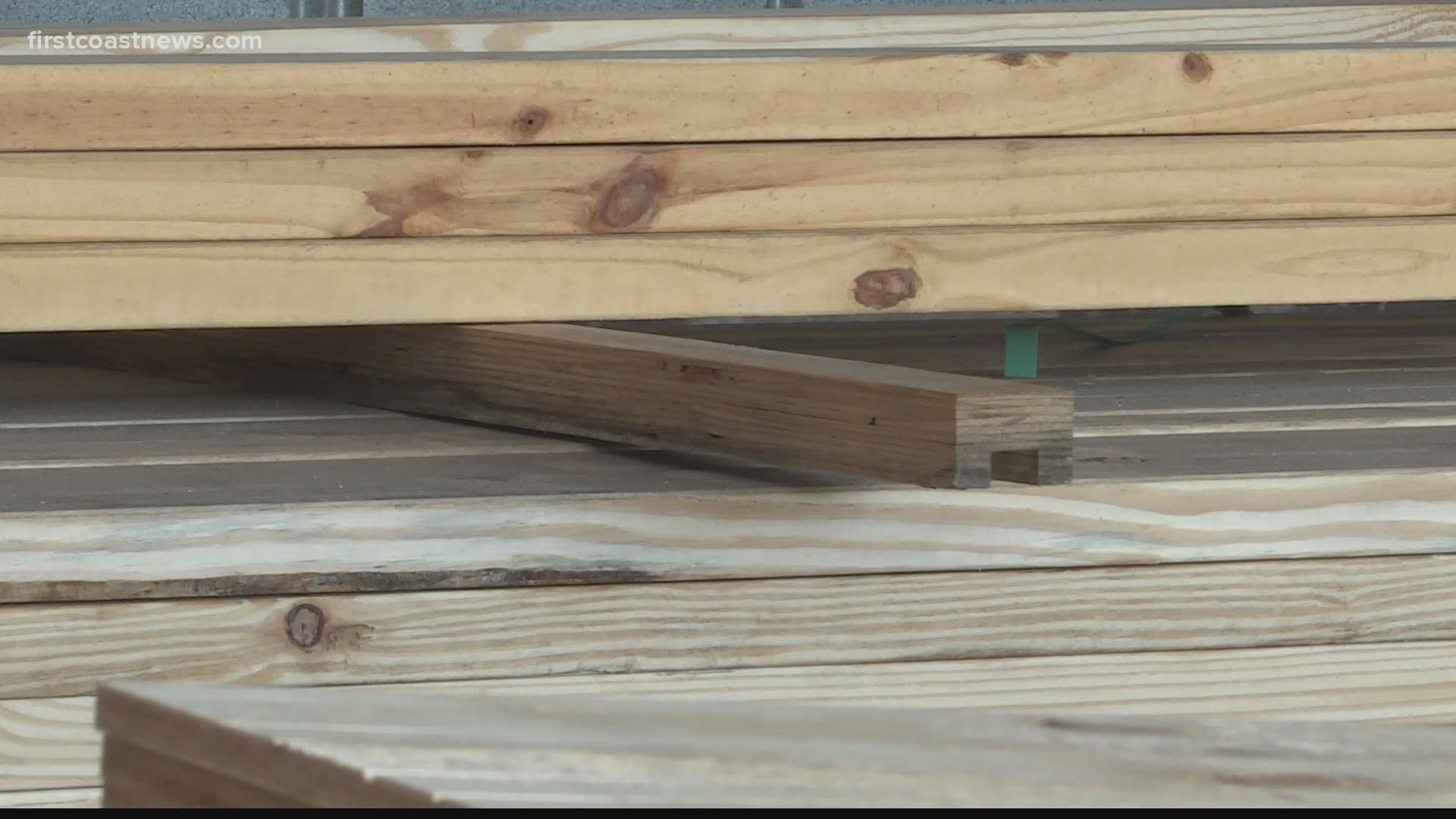 Like the big bad wolf searching for the three little pigs, no matter the huffing and puffing—some home prices aren’t going down.

No matter how you measure things, the owner of Lanahan Lumber estimates that lumber prices are going to keep growing.

“Our suppliers can only guarantee prices for one week, Friday to Friday, that’s it,” Michael Lanahan, owner of Lanahan Lumber said.

Their prices have gone up since last summer.

According to the National Association of Home Builders, lumber prices have gone up 250% since last spring.

“Production is less now in almost every mill,” Lanahan said.

COVID's impact on lumber mills is reflected in home prices. Less production due to fewer workers can’t meet the increased demand for housing

According to the Northeast Florida Association of Realtors, the median sales price of a home in the region is $274,000.

Missi Howell, president of the Northeast Florida Association of Realtors says it created a vast difference in home build times.

Howell says the supply of inventory is 1.2 months, meaning if nothing else went on the market today, all available housing would be gone in 1.2 months. A normal balanced market is six months inventory, and she says the First Coast has been well under the six month level of inventory since 2013.

Lanahan says with the unpredictability of the lumber market, and hurricane season right around the corner, he says it's tough to predict when home prices might go back down.

“It’ll level off somewhere along the line. Someone will wake up at some point and say ‘I just can’t afford that,’” Lanahan believes.

Howell’s advice for homeowners is to be flexible on price and what their budget is. Real estate is a highly competitive seller’s market right now.

“Don’t automatically shut an idea down, most buyers are pretty fixed into a price, and sometimes we have to go outside of an area that they want to be in to find something that’s going to fit their budget,”

“I know of one agent that was working with a buyer who put in 17 offers for this buyer. Now, that's not looking at 17 homes, that's putting in 17 offers for a buyer before that offer was finally accepted,” Howell said.

Howell says she’s never seen a phenomenon in the housing market like this.