Hopeful home buyer explains why he's stepping away from market

Jesse Rivers says ever-escalating prices are pushing him to the sideline for now, but how long is long enough before prices come back down? 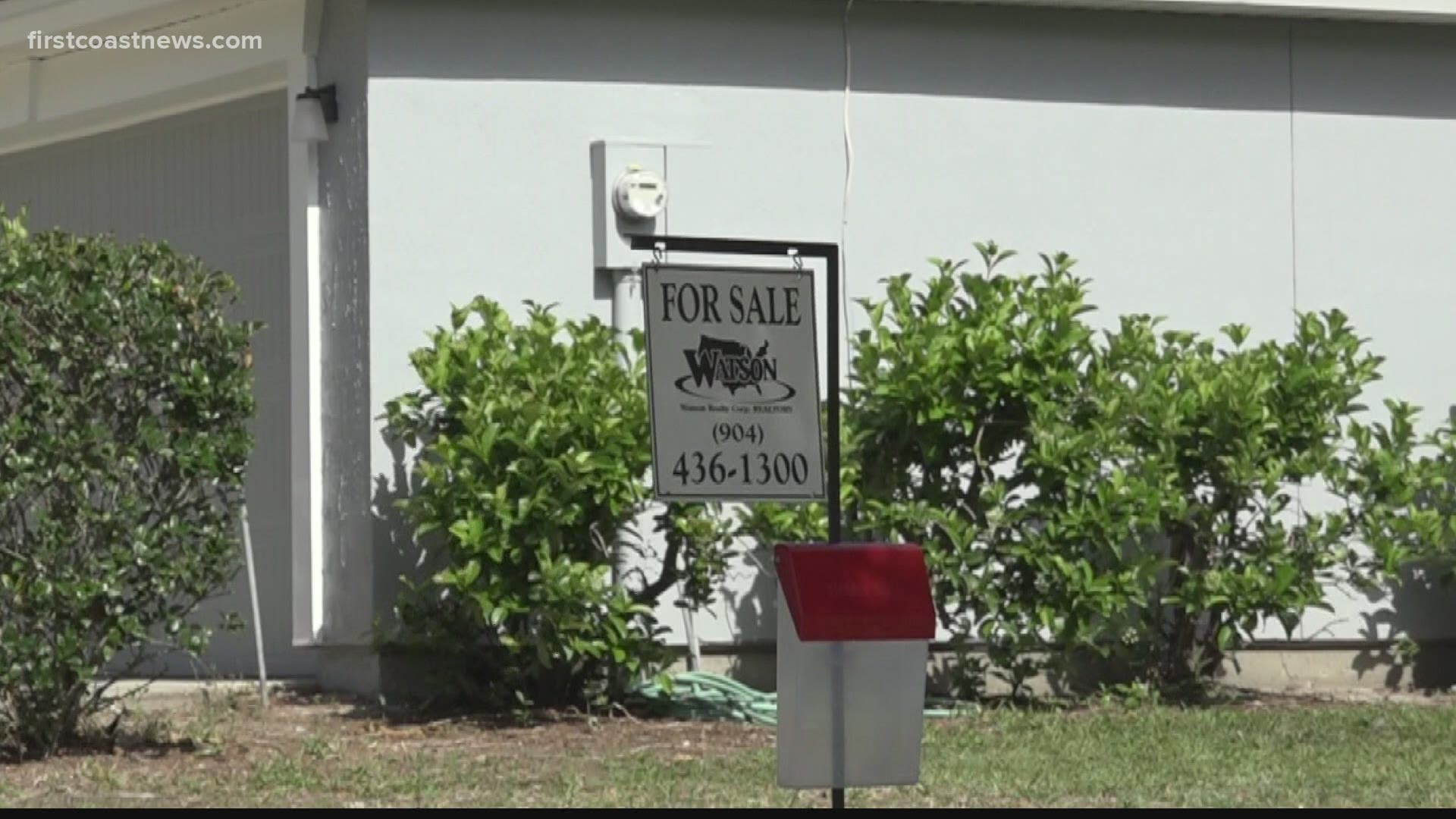 However, if his story is any indication, the demand that’s been driving prices to rarified heights might be ebbing, if ever so slightly.

“I’ve just kind of decided to shelf it for a while,” Rivers told First Coast News. Currently a renter in St. Johns County, the single dad has been actively trying for about seven months to find a home to buy for his teenage son and himself.

“I’m pre-qualified, my money’s good. But I can’t compete with cash,” Rivers explained, saying that time and time again his bids have fallen by the wayside as he and so many others who wish to live here are being squeezed out by deep-pocketed investors.

Although it is reasonable to assume there are others pushing the ‘pause’ button on their searches for similar reasons, the market has not made any sharp adjustments, and it is hard to say when it will.

It is not even just houses on the market that are drawing bidders. Rivers related the recent story of a friend of his who lives nearby.

“He had an Aston Martin pull up into his driveway. And somebody got out with really nice clothes and you could tell – an expensive watch – he was from up in New York, he was a stockbroker,” Rivers explained.

The friend has not put his house on the market and had no plans to move.

“But the guy knocked on his door and was just like ‘Hey, do you want to sell your house?’ and offering $600,000 cash for it,” River said. “It’s crazy, and I’ve heard about [similar stories] a bunch of other times.”

Of course, the price of just about anything depends on supply and demand, which yield the very subjective factor of perceived value. Rivers said he’d consider overpaying by $10,000-20,000, but not the $40,000-50,000 or more that sellers are getting, he feels, above the actual value.

“All I know is, right now it feels right now like I’m forcing it,” Rivers said. “And any time I’ve ever felt like that, it just always hasn’t felt like the right thing to do.”

There’s not much help on the supply side. Mortgage finance company Freddie Mac recently reported an inventory shortage of 3.8 million homes throughout the country.

The pandemic, along with late winter storms, have reportedly slowed the flow of building materials, further slowing any likelihood of builders catching up with demand.

Speaking of which, Rivers pointed to something he said he has never seen before: Bidding wars on homes built ‘on spec,’ meaning, without committed buyers. He recently expressed interest in a subdivision under construction.

“And I was told by the agent there at the model home that I could submit my offer, and they were calling for highest and best Friday at noon,” Rivers said.

Even the notion of buying an empty lot and building from the ground up, he said, doesn’t make sense.

“I was in a Home Depot the other day and three-quarter-inch plywood’s like $80," Rivers said. "It’s ridiculous!”

“The builders are having to raise their prices to keep up with the raw materials. So, the next thing you know, building a house isn’t really advantageous anymore either.”

So why is Florida so superheated? Rivers believes the combination of relatively gentle pandemic restrictions specific to Florida and low-interest rates in general, is drawing buyers from one particular geography.

He credits the quality of schools for the particular attraction to St. Johns County.

While he has been thwarted so far, Rivers has the luxury of biding his time and knows some others aren’t as fortunate.

“I just feel for some of these families that are even moving to town – they’re being relocated for work – we’re a Navy town, it might be they’re being re-stationed and they have to buy a house," Rivers said. "They don’t have any other option than to overpay for it.”

“He’s kind of in a really good spot because the world is his oyster, when he finds the right spot he can just kind of jump,” Zuckerman said. “He’s just looking for the right one, so when it hits he’s going to be right back into it. He won’t stop looking at houses, he’s just trying not to get excited about every single house.”

Although he’s stepping off the dance floor for now, Rivers agreed he is keeping his ears tuned, saying he will check back in the fall if not sooner.

“I’m definitely going to buy a house," Rivers said. "I’m just not going to force it.”