Georgia live results | Gov. candidate Kemp 'The math is on our side to win this election'

BOOKMARK: This page will be updated frequently on election night. 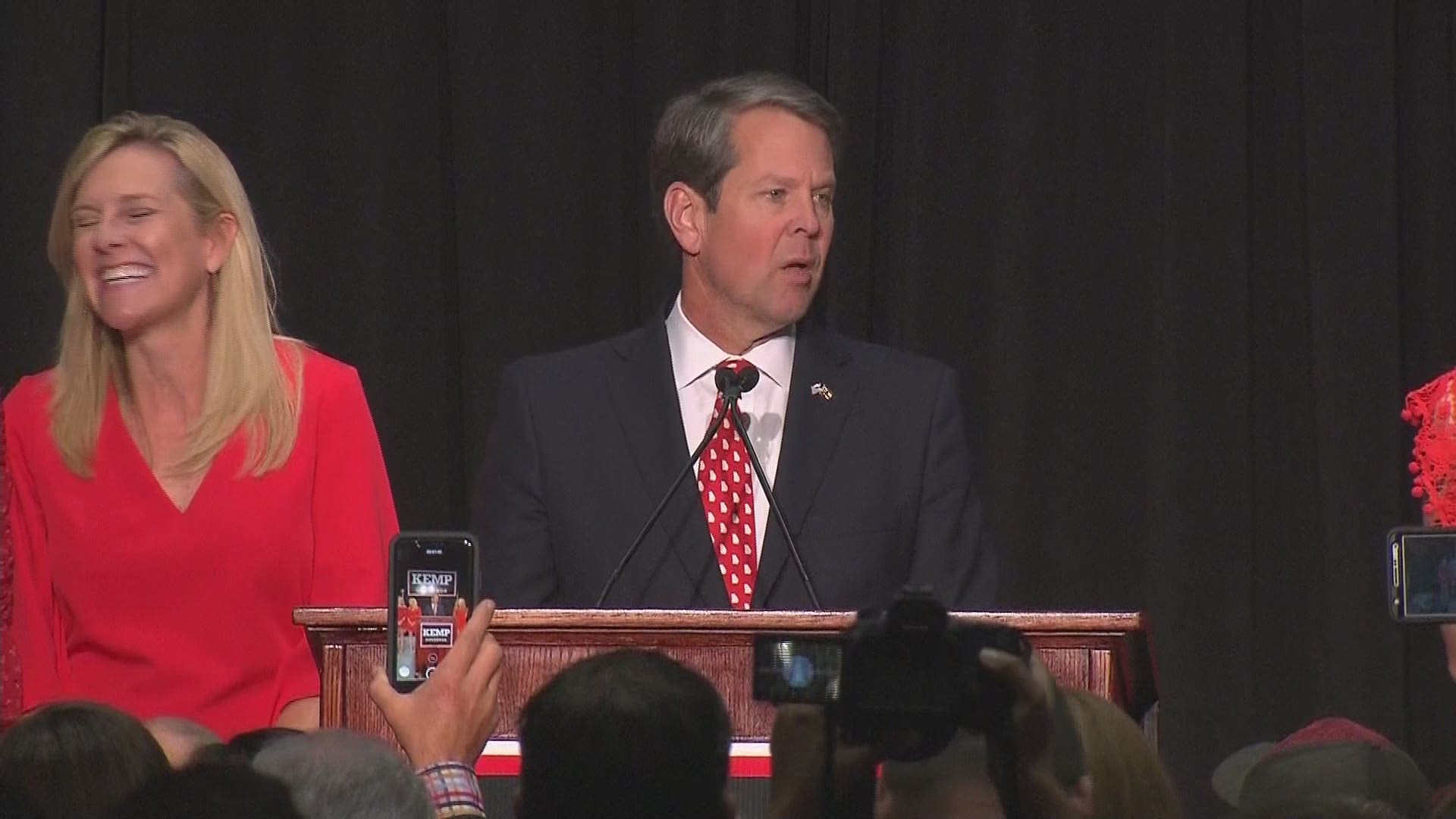 Candidate for Georgia Governor took the stage just after 1:30 a.m. to encourage people to vote if there is a runoff vote in Georgia.

“If I wasn’t your first choice, or if you made no choice at all, you’re going to have the chance for a do-over and I need you to know it is my mission to serve you, to serve Georgia," said Abrams at her rally in Georgia.

A Runoff election will be triggered if the leading candidate fails to maintain 50 percent of all votes.

“Votes remain to be counted. We believe our chance at a stronger Georgia is within our reach but we can’t seize it until our voices are heard," she said. Many votes have yet to be counted in Georgia following voting issues in a couple of counties in the state. 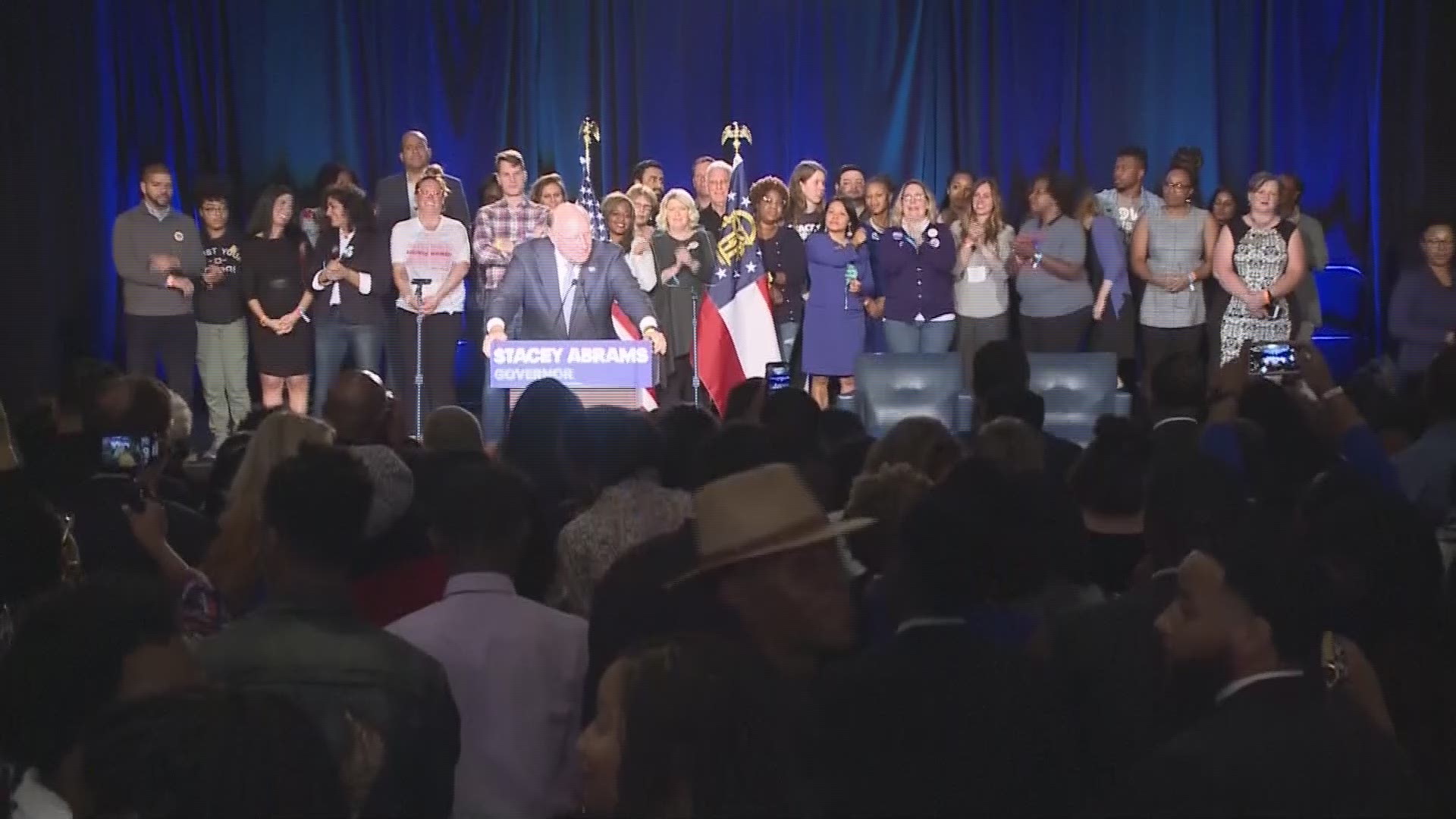 As of 1:30 a.m. Republican candidate Kemp was leading with 51 percent of the vote.

Gov. candidate Brian Kemp spoke just after 2:30 a.m. to say that votes are left to be counted but he believed he would take the win.

"Make no mistake, I am very proud of team Kemp and I am proud of what we all have built. There are votes left to be counted, but we have a very strong lead. The math is on our side to win this election," he said.

Kemp said he was proud of his team as they "battled the radical left and took on the fake news."