Rebecca Temby tells First Coast News she was feet from her apartment door when a pitbull ambushed her and her dog. 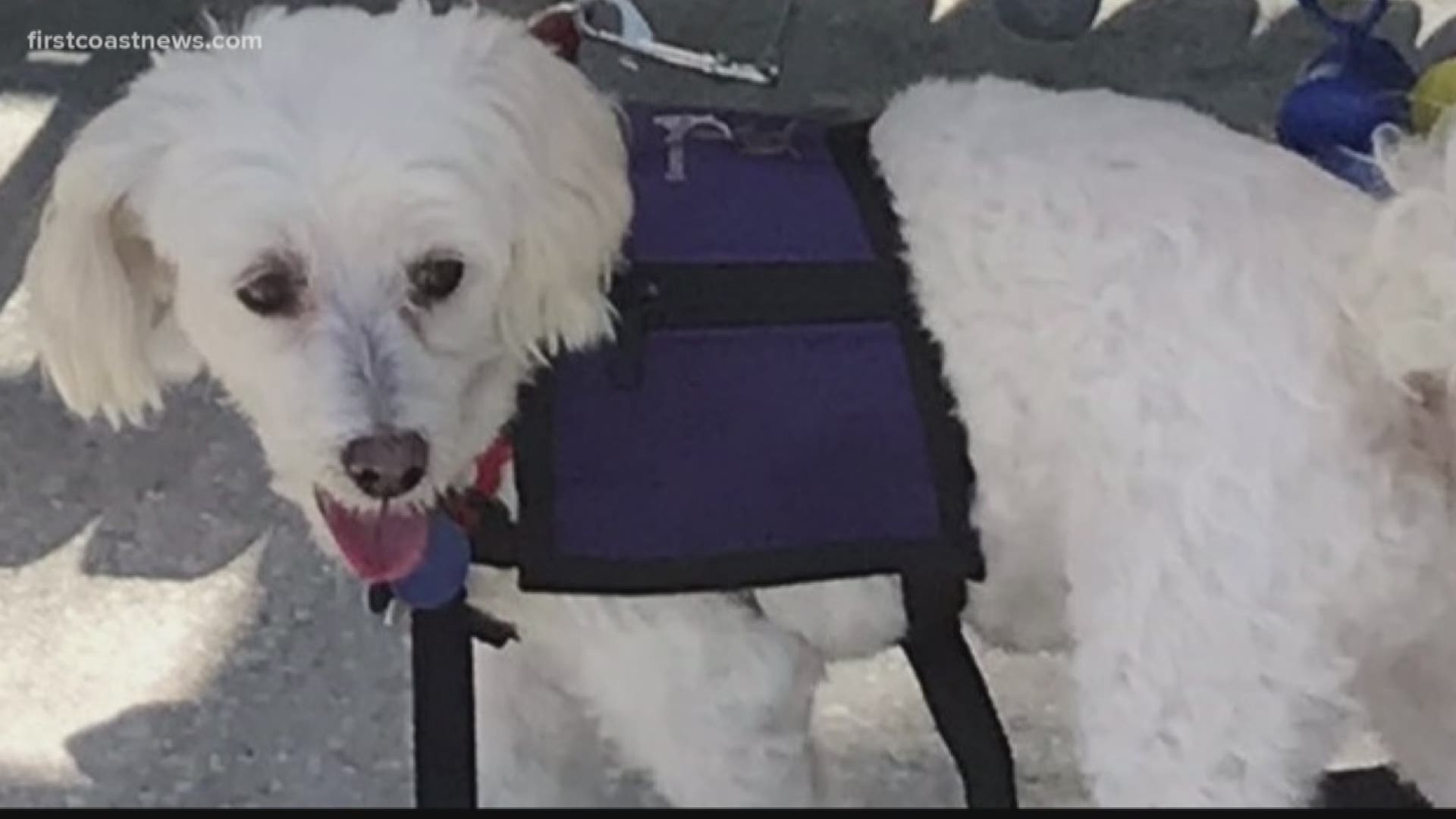 JACKSONVILLE, Fla. — A routine trip to let her dog, Mikey, outside turned into a near-deadly disaster for Jacksonville woman Rebecca Temby.

She says she was a few feet from her apartment door when a tan-colored pit bull came running toward her in the parking lot of Avesta Mandarin Apartments.

"[My dog] was in shock," she told First Coast News. "I didn't know if he was breathing or not. He was just completely silent."

Temby was bitten on the shoulder, but Mikey's wounds were extensive, including bite marks around his neck and legs.

"His own body is having a hard time combating the infection," she said.

Temby, who is a veteran, was training Mikey to be a service dog. She began the training a few months ago. She says a man who helped pull the dog off Mikey was also attacked by the same pit bull a few days later.

"He came up to me with tears in his eyes and he said 'That same dog attacked my dog and now my dog is at the vet hospital,'" Temby said.

Temby didn't look to see if the dog had a collar, but believes it lives or roams nearby. She's now changing her habits and urges others to keep an eye out late at night.

"I think it would be important to let people know that this dog is out loose so they can protect themselves, their children and their own dogs," Temby said.

A GoFundMe page was set up to help with Mikey's vet bills.