Boeing expands in Jacksonville, expected to bring around 400 jobs

Boeing broke ground on their 370,000 square foot expansion at Cecil Airport on Wednesday. 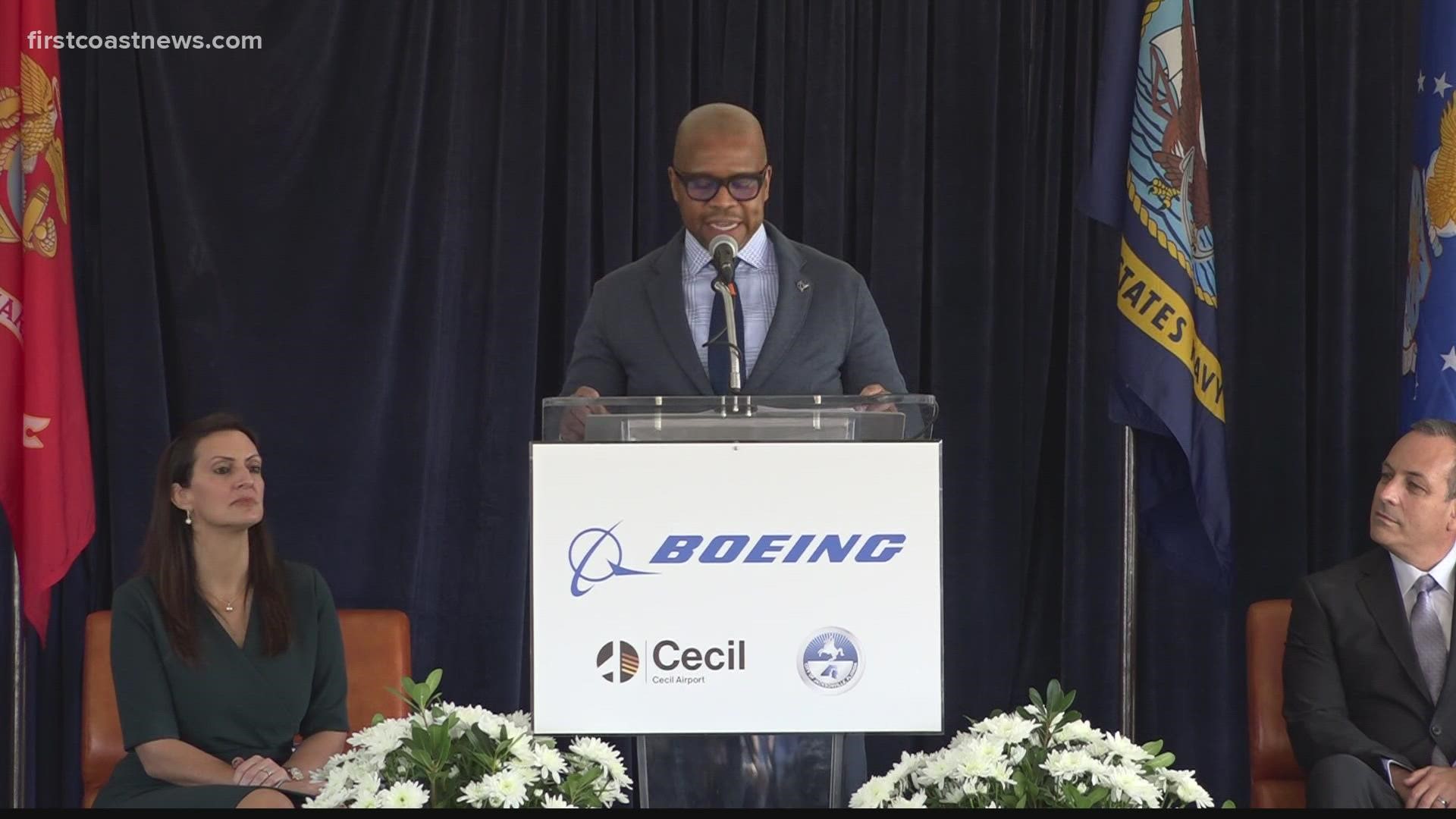 Renderings show the vision for the roughly $160 million project. Boeing hopes to bring around 400 new jobs for this facility specifically maintaining, repairing, and overhauling military aircraft for the Navy and Airforce. Boeing CEO Ted Colbert says this is also the first of its kind and is expected to be complete in three years.

“Jacksonville will be home to the industry’s first digitally-enabled maintenance repair and overhaul site,” Colbert said. “That means long before an aircraft lands in Jacksonville for service, we can partner with our customer to understand that aircraft’s unique needs based on how it’s operated and what mission it needs to be ready for in the future.”

Boeing is also granting Ribault High $75,000 to hire a site coordinator to help kids focus on graduation and success.

The construction is expected to take three years.

Boeing has been a part of Cecil Airport since 1999. In a press release, they said, “The facility will include eight new hangars, additional workspace and offices where Boeing maintainers, engineers and data analysts will support U.S. Navy and Air Force aircraft. The facility’s close proximity to Naval Air Station Jacksonville, Boeing’s Training Systems Center of Excellence in west Jacksonville, and local academic institutions make it a leading location for the development and delivery of innovative product support, underpinned by collaborative research and engineering."