An aspiring police dog is well on his way to achieving his dream, but first had to escape a dog-fighting ring and a breed ban his rescuers said almost got him put down. 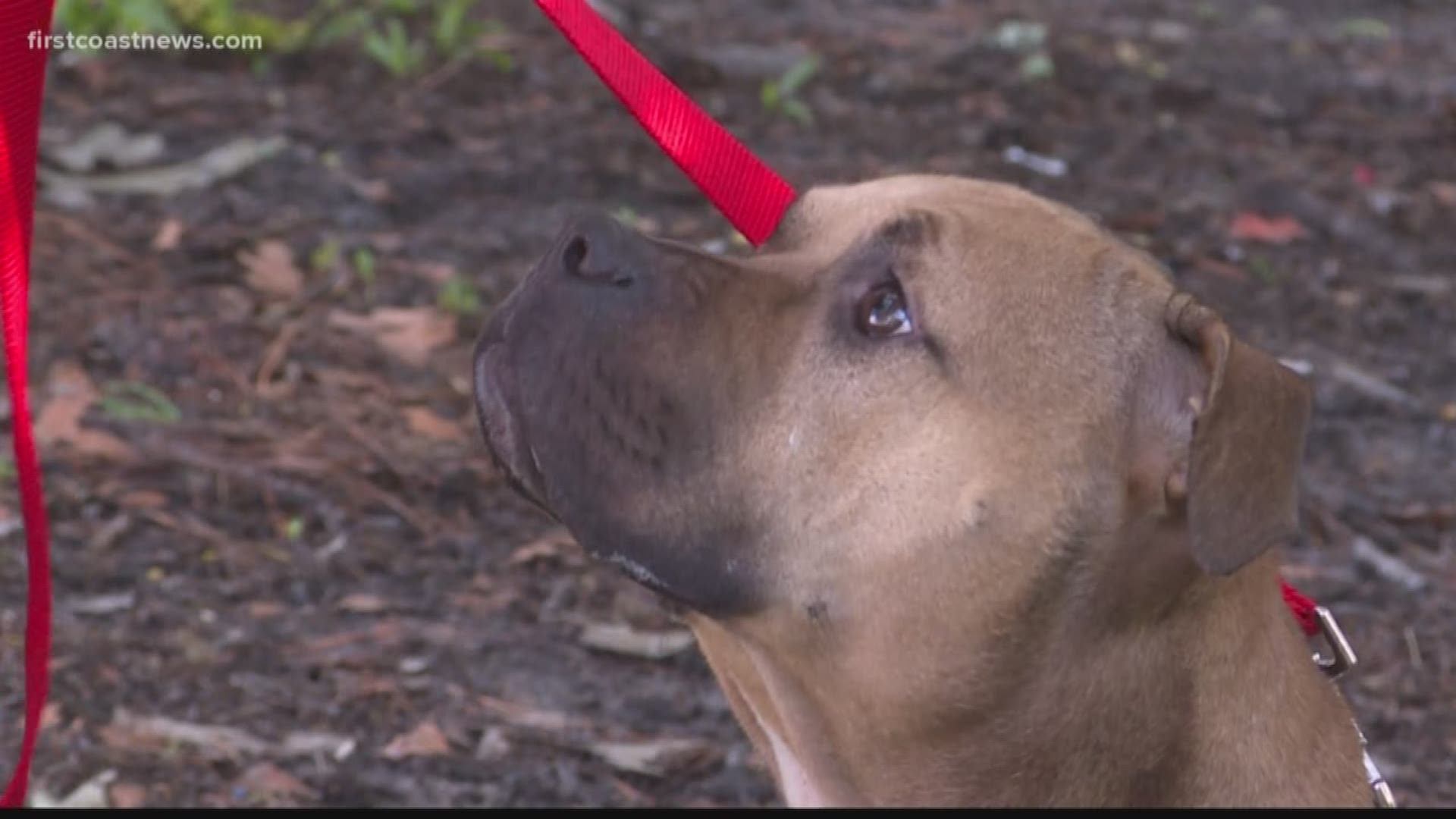 An aspiring police dog is well on his way to achieving his dream, but first had to escape a dogfighting ring and a breed ban his rescuers said almost got him put down.

Every hero needs an origin story. Dallas is no different.

"It's quite an evolution he's gone through," said Jen Deane of Pit Sisters, which has been caring for Dallas over the last year.

Police near Ontario, Canada busted a dog fighting ring in 2015. His mother was pregnant with Dallas and his siblings at the time. Dogs labels as pit bulls are banned, according to the Ontario Ministry of the Attorney General, so Dallas was at risk of being put down in a shelter after escaping the death and violence of the dogfighting ring, Deane said.

An Ontario-based rescue connected some of the rescued dogs with Pit Sisters, a local organization that helps to decrease the number of pet surrenders. In Dallas, Deane saw more than a pet and put him the Teaching Animals and Inmates Life Skills.

"The more we worked with him we could see that he had a job to do," Deane said. "He really would be great as a police dog."

It turned out, she was right. Dallas was selected to join a K9 academy in Philadelphia. He's heading there this week, before joining the Honaker Police Department in Virginia.

"He came from almost being put to death because of the law," Deane said. "Now he's going to protect and serve and be part of the law. When you think about it, it's pretty amazing.