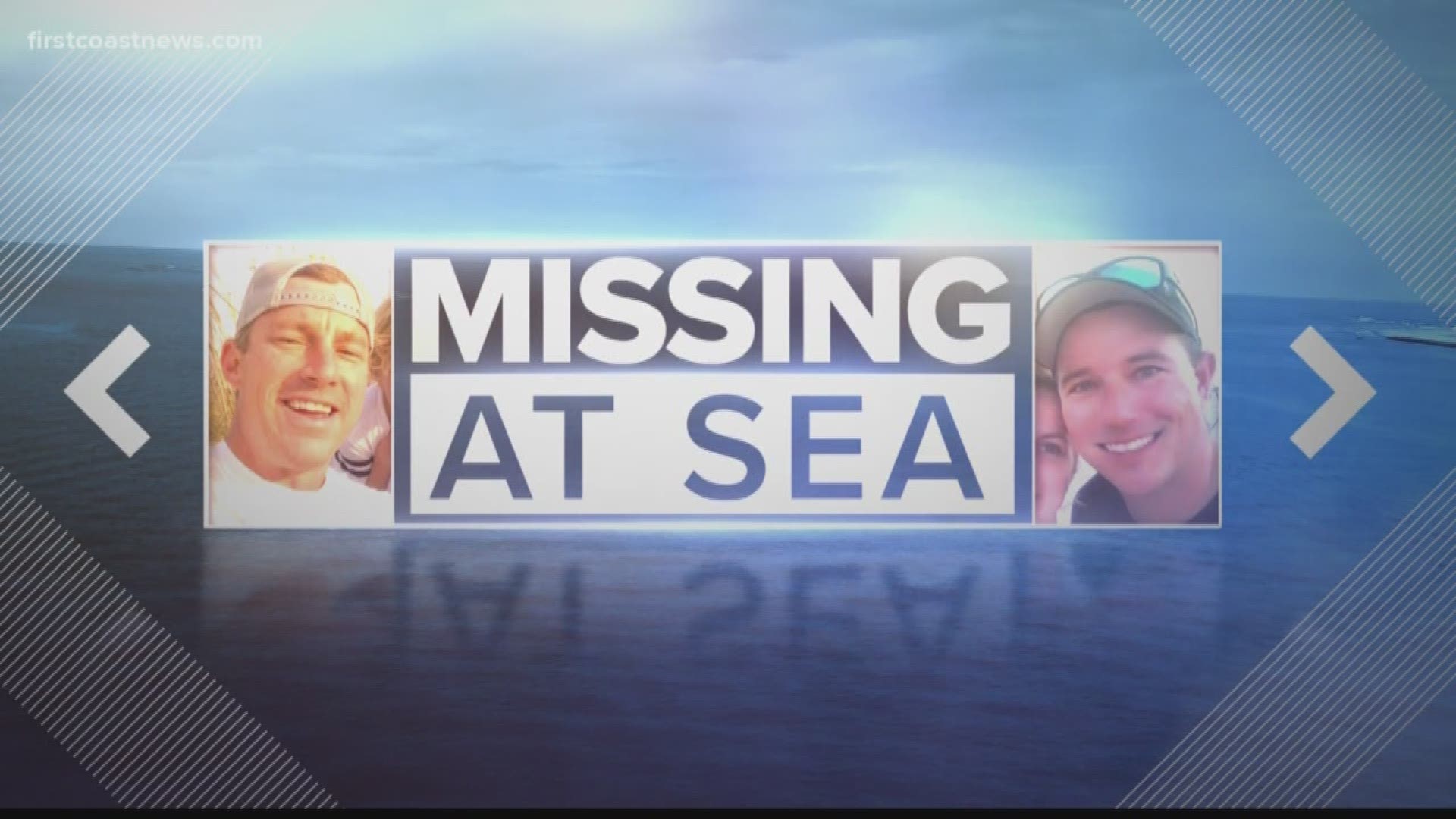 Jacksonville Fire and Rescue Department Chief Keith Powers and the United States Coast Guard gave an update on Tuesday into the search for two men who went missing Friday.

Firefighters Brian McCluney and Justin Walker were last seen entering a boat dock for a fishing trip near Port Canaveral and haven't been seen since.

During Tuesday's news conference, U.S. Coast Guard Capt. Mark Vlaun stated that the mission to find the two men is "absolutely 100 percent still a rescue operation" and that they will continue to searching.

When asked how much longer the search will continue, Vlaun said, “ultimately, that’s a decision that will fall to me and I can only tell you that for today we’re continuing to search and we’re searching heavily based on what we learned today," he said. "Each day we effectively have to take a look at what did we find the day before ... and do we still have a reasonable chance for success. For today, that answer is yes."

Vlaun said search conditions on the sea have been favorable. "Friday night, we did have some weather come through, but Saturday, Sunday, Monday and into today, we’ve had favorable search conditions offshore," he said adding that currents and the Gulf Stream make it challenging. " … you get into the Gulf Stream and you have a swath of water that moves much faster. And on the backside of that … you get currents that are more unpredictable," Vlaun said.

RELATED: How the Gulf Stream could impact search efforts for missing boaters

Vlaun also stated that they found several pieces of plastic, including a Styrofoam cooler top, but says that these are commonly found in the ocean and have not been linked to the missing boaters directly.

JFRD stated that the had 180 people searching on Tuesday with more than 70 boats and 10 aircraft carefully scanning for any sign of the missing men.

On Tuesday alone JFRD has searched over 12,600 miles, says Chief Powers. A small chunk of the 50,000 sq. miles searched since the boaters initially went missing.

Both agencies hope to provide an update later this evening at 5 p.m.