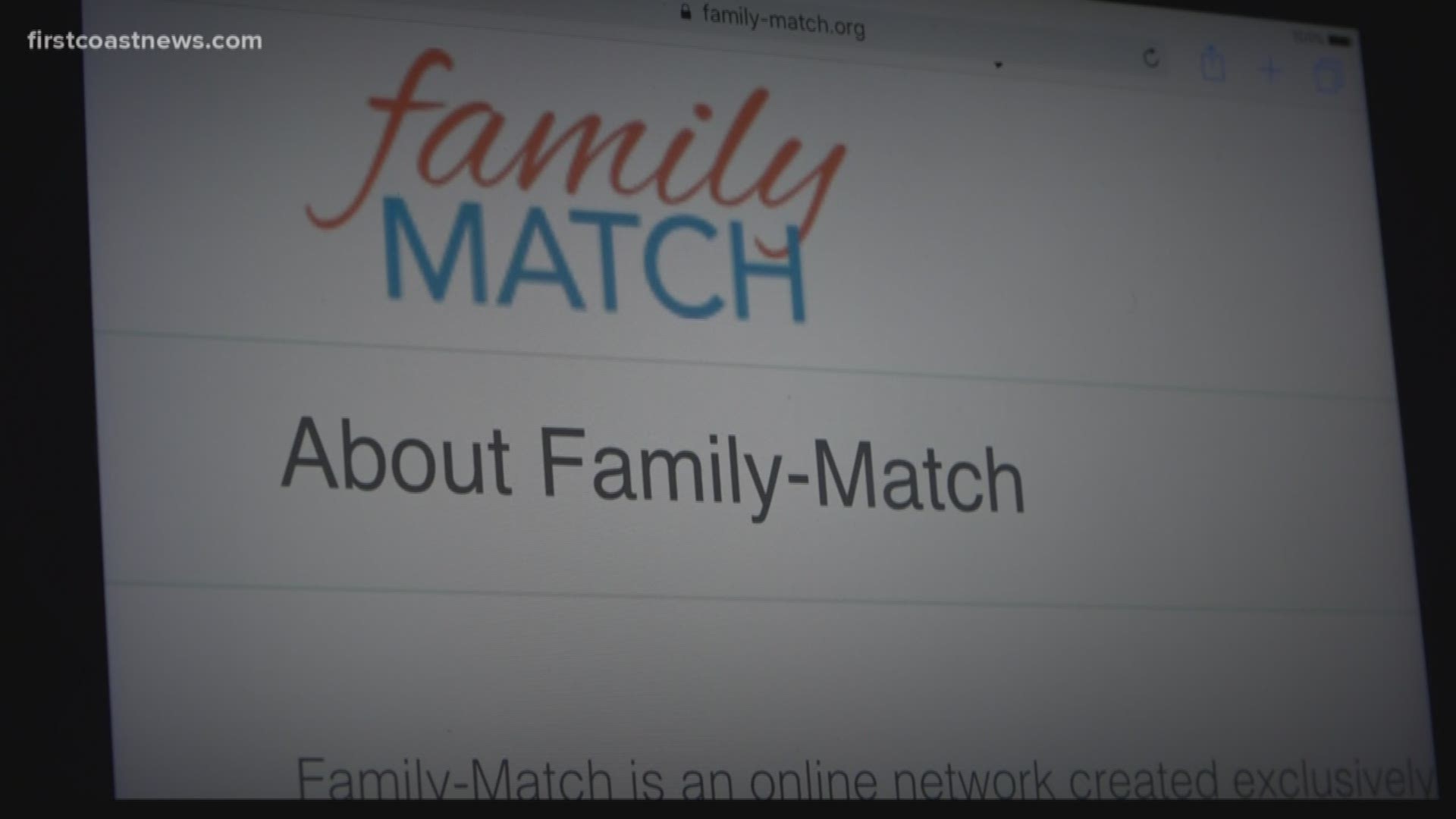 Local family services agencies are getting ready for new technology coming to Florida. It's called Family-Match and it helps match adoptive families with children in foster care. It uses the same compatibility matching as eHarmony and Match.com. It matches families and children based on more than just age race and gender of a child. Instead, it looks different attributes like parenting styles, how someone copes among other things.

"We can know everything there is to know about a family and what they are looking for in a child and make a match based on that information, but it’s those other levels of compatibility that we might not necessarily know until a child is actually in a home," said Michelle Weisheit of Family Support Services of North Florida.

In Duval and Nassau counties there are 150 children currently available for adoption in the foster care system. Weisheit said there's sometimes a misunderstanding of children in foster care.

Thea Ramirez is the founder of Adoption Share. It’s the organization responsible for Family-Match. She says agencies needed another tool to help with adoption.

"They needed a network. They needed to see where all of their families were but they also needed a more scientific method of matching kids with families to really maximize and promote the permanency that they needed, that the kids needed," said Ramirez.

Each time a child has to move, Weisheit says it’s traumatic for everyone involved, especially the child.

"Just looking our current pool today in Florida, of the families that are signing on to join, over 40% of them are interested in a child over the age of 10. That is exciting," said Ramirez.

"Even though we know sometimes after an adoption is finalized there’s always the possibility that something could happen, we want to make sure that once this adoption finalizes, if we see you again, it’s because you’re coming to say 'hi'," said Weisheit.

Families that are already approved for home study are eligible to sign up for Family-Match.