The boy poked a classmate with a pencil after the classmate wrote on him with a marker in a Douglas County middle school, according to the ACLU. 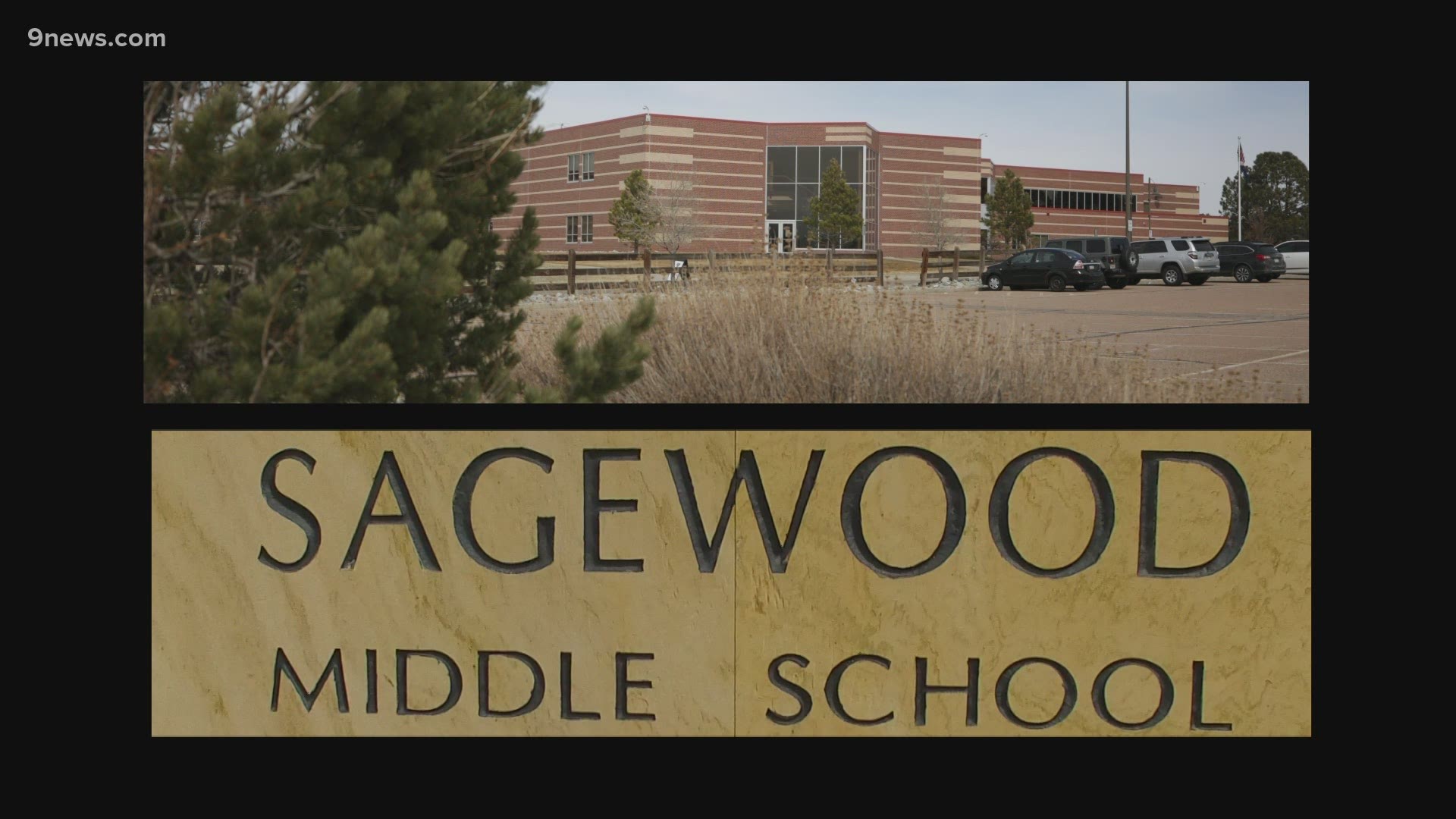 DOUGLAS COUNTY, Colo. — The mother of an 11-year-old boy with autism filed a federal lawsuit Tuesday, accusing Douglas County school school resource officers of “aggressively” handcuffing the child and locking him up after he poked a classmate with a pencil at Sagewood Middle School in Parker.

Douglas County sheriff's spokeswoman Lauren Childress said in a statement the original call reported something much more serious -- that a student had been stabbed with a pair of scissors and that a staff member had been assaulted -- but otherwise declined to comment on the suit.

A body camera worn by one of the deputies captured the arrest – and the wails of the boy, referred to as A.V. in the lawsuit.

> Warning: The content of this video may be disturbing to some viewers.

The ACLU made about 3 1/2 minutes of the video available.

The suit alleges that the officers left the boy handcuffed and alone for two hours, failed to seek medical attention for him even though they were aware that he was banging his head on a plexiglass partition in the patrol car, and took him to a youth detention center, where he was held on $25,000 bail.

Douglas County School District officials declined to comment because they had not seen the suit, spokeswoman Paula Hans said.

Childress said in a statement that officials with the sheriff's office had just received the lawsuit and could not comment on the specific allegations.

Criminal charges of assault, assault on a police officer, harassment and resisting arrest were dropped after the boy's parents agreed he would participate in a one-year diversion program, his mother, Michelle Hanson, told 9Wants to Know.

ACLU of Colorado is representing Hanson in the suit, which alleges violations of the student's rights under the Americans with Disabilities Act and the Fourth Amendment.

The incident occurred at Sagewood Middle School near Parker. School officials reported a dispute involving two students -- one of whom allegedly drew on A.V. with markers -- and three school resource officers, employed by the sheriff's department, responded.

The video clip made public by the ACLU shows the boy sitting in a common area as deputies tried to talk to him. But within 40 seconds, an officer grabs the boy's wrists and begins handcuffing him.

At different points, the boy sobs and struggles as the officers tried to secure the cuffs. He cries out "stop" repeatedly.

At one point, as the boy jerks his body, an officer clamps a hand on the back of his neck, saying, "You're going to stop. Look at me. Look at me."

"A.V. was calming down with a school psychologist when the school resource officers approached him aggressively, and threatening him and handcuffed him," Herzberg said. "So a situation that could have been handled constructively turned out to be a criminal matter."

Asked if there was any scenario where she believed police would be justified in handcuffing an 11-year-old, she replied, "In my view, counselors, psychologists, social workers and nurses, should be called in in situations – especially with children with disabilities. Not cops."

Hanson, the boy's mother, acknowledged that he has had trouble at school since kindergarten -- and that the police had been called on him in the past.

"He struggles with aggression and communication," she said.

She said all of that should have been known to the officers who responded.

"My son is a loving, caring, funny kid," she said. "You know, he struggles with communication. He struggles with social environment sometimes, and struggles with touch and sensory stuff. And, again, everybody should’ve known that. It's been very documented."