Mayo Clinic in Jacksonville is at the forefront of research into CTE, a degenerative brain disorder at the center of a widely publicized study of former NFL football players. 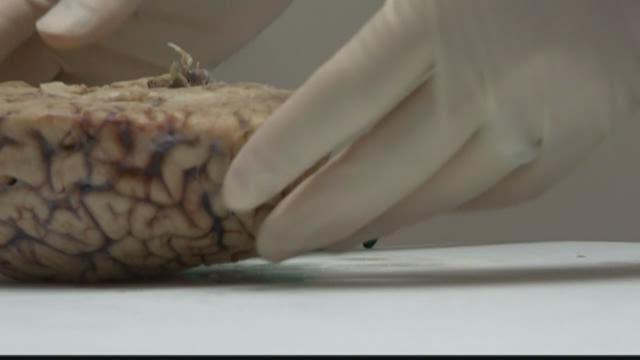 A Boston University study finding that 110 of 111 deceased NFL players showed Chronic Traumatic Encephalopathy (CTE), a disease caused by repeated blows to the head, has gotten national attention. Locally, the Mayo Clinic in Jacksonville is studying ways to determine if people have CTE, especially at a young age.

Mayo Dr. Kevin Bieniek says even at a high school level players are at risk. His own research has found that one third of high school football players had CTE.

The research has many parents debating the merits of allowing their children to play football.

"Seeing the Dolphins play I think it was the Baltimore Colts, I was 4 years old and I was hooked ever since," said David Posey, a parent of two boys and assistant coach for the Jax PAL Football Association

"I understand the risks you know," Posey said.

"We’re emphasizing getting your head out of the way and a wrap up tackle rather than the big hits that they used to go for," said Posey, who’s also an assistant coach.

While coaches are practicing safer techniques, researchers continue digging for answers. Right now CTE can only be definitely diagnosed after death, but Dr.Bieniek hopes that will change.

"To be able to diagnose somebody with CTE while they're still alive and obviously the other end goal is to be able to treat this disorder," said Dr. Bieniek.

In the meantime, the Posey boys will continue to play. "It's a great family sport, for all of us as a family to come together to the games," said Kathy Posey, the boys mother.