Dr. Michael Koren, who heads up local vaccine studies, said he thinks the vaccine could be effective for more than six months, possibly years. 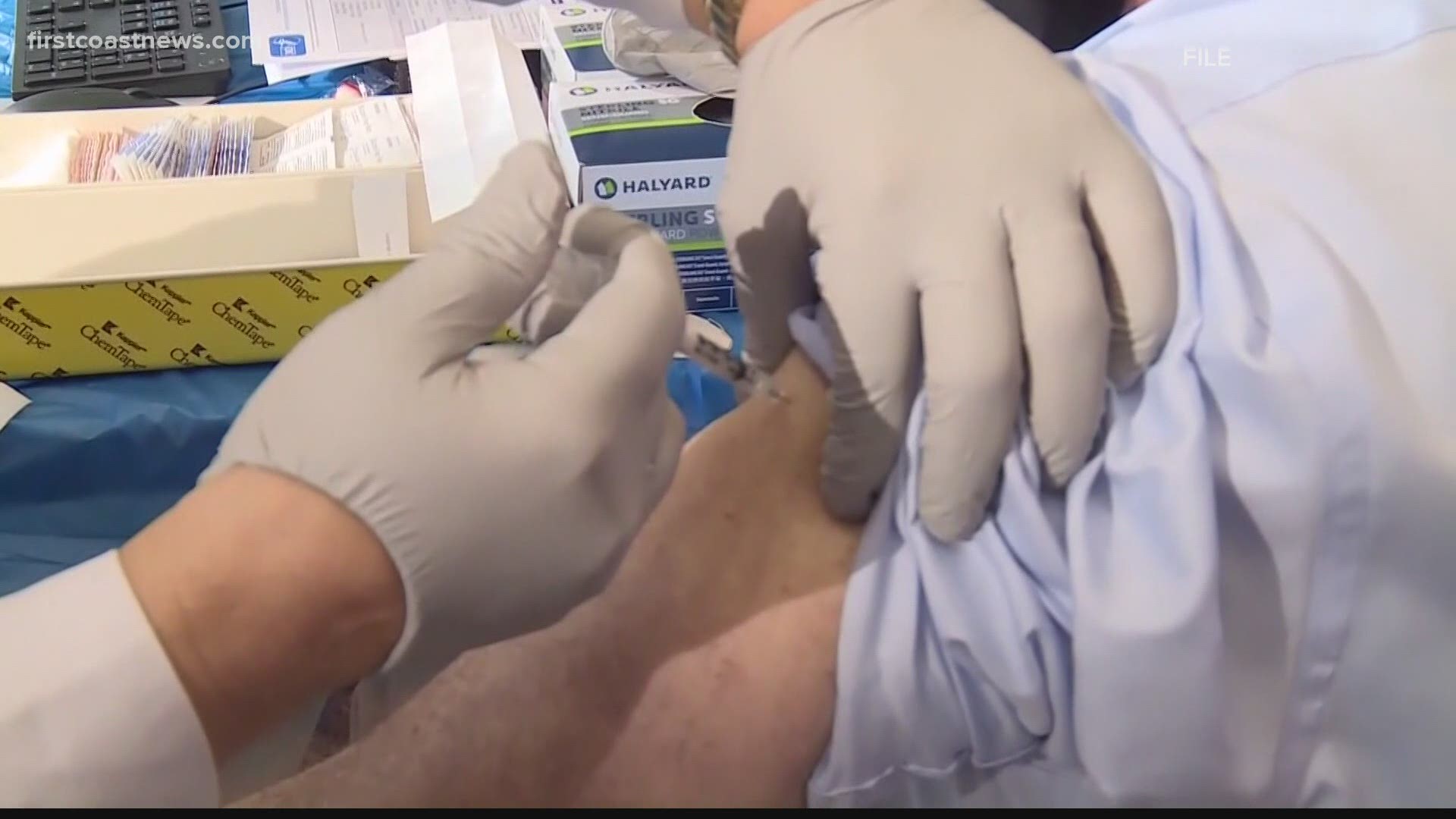 JACKSONVILLE, Fla. — If you've received the COVID-19 vaccine, odds are you probably have taken that selfie afterwards. How long are the shots good for, though?

“I would say the immunity lasts for at least six months," Dr. Michael Koren, who heads up local Pfizer and Moderna COVID vaccine trials, said. "And there's no sign that it's [the efficacy] dropping off," he said.

Koren and his staff have been following patients in those trials since last July.

“if the immunity was dropping off, you'd expect the six month effectiveness to be say maybe 80 percent or 70 percent," he said.

"But, we're really not seeing a big drop off," Koren said.

He is talking specifically about Pfizer's six month analysis that showed the vaccine was still 91.3 percent effective after six months.

"That is tremendous. It's it's more than we see for most vaccines," Koren said. "It's really, really exciting news. So, my suspicion is that the immunity will last for many, many, many more in months and possibly years," Koren said.

How long is the COVID shot effective? The answer at 6 on @FCN2go

“These are very, very safe products. These are products that are saving lives. That has been proven at this point. Everybody should be clamoring to get their vaccine as soon as they can, and that's the real take home message," Koren said.

As far as if whether or not people will have to get the shot annually, Koren said there's not enough data to tell yet.

According to Koren, we may know the answer in the next six months.