Tawanda Washington, incident commander for contact tracing and testing, said the number of tests administered are back to pre-holiday levels. 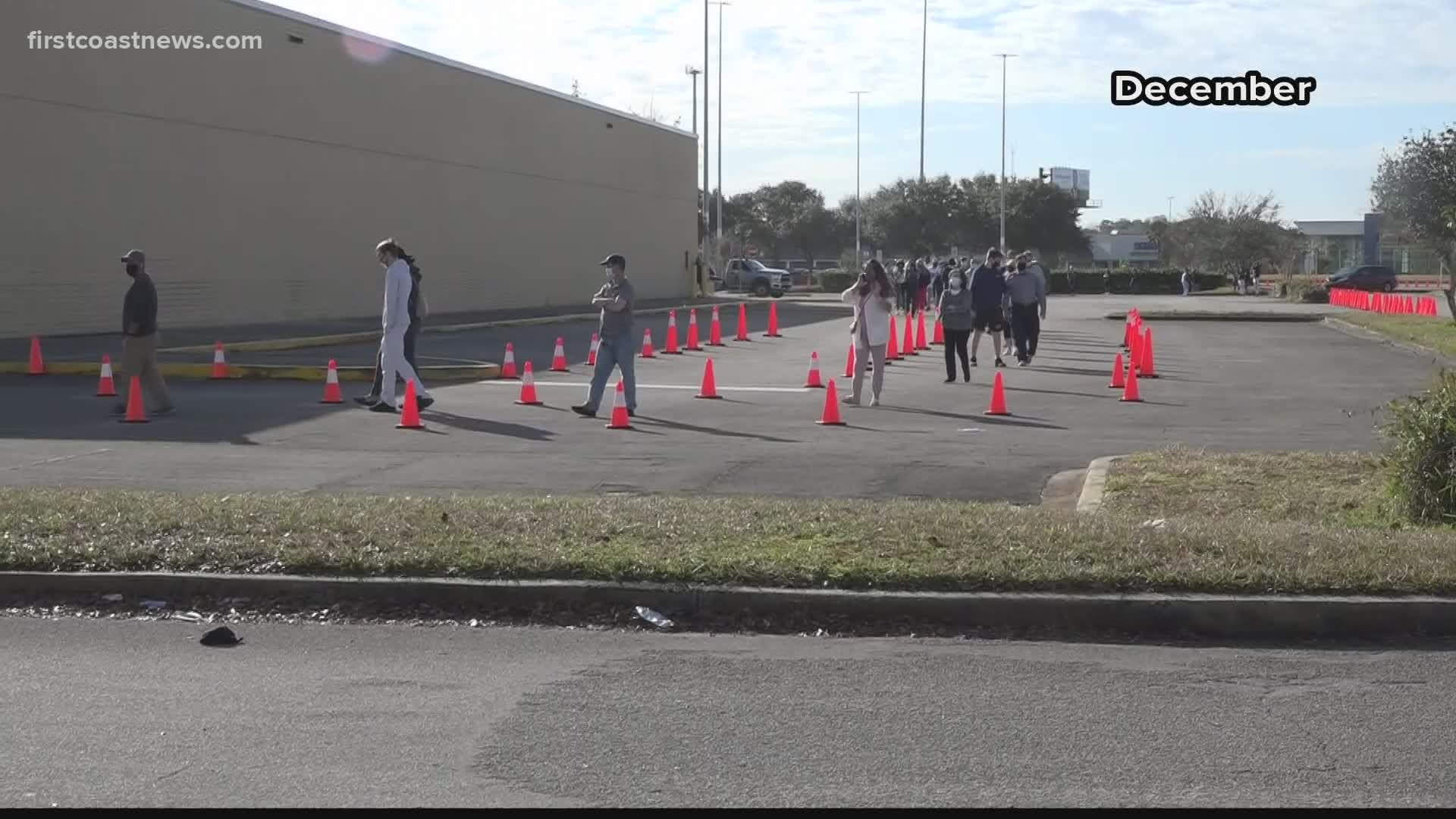 JACKSONVILLE, Fla. — Jacksonville health officials are seeing a decrease in the number of COVID-19 tests given at their two locations: The Legends Center and Regency Square Mall.

Washington, incident commander for contact tracing and testing for the state department of health, said the number of tests is at pre-holiday numbers.

Washington said the sites last saw similar numbers during the months of August-October.

“Into November, December, and parts of January, Regency was upward of 3,000 and Legends was sometime over a 1,000 a day," Washington explained.

The reason for that influx is because those months include the holidays and big events. However, with Spring Break approaching, Washington expects the number of tests given to spike again.

“The other thing that we have noticed, and we’ve noticed this all along, is that people equate allergies to symptoms," Washington said.

“We would encourage people that if you have been in a large gathering, or around a large crowd and you start to have those symptoms, it is important to get tested," Washington said.

Those large crowds do not have to be strangers they can be family members too, according to Washington.