The 3-year-old colt from upstate New York gave the state a hometown champion in its first major sporting event since the coronavirus pandemic seized the area. 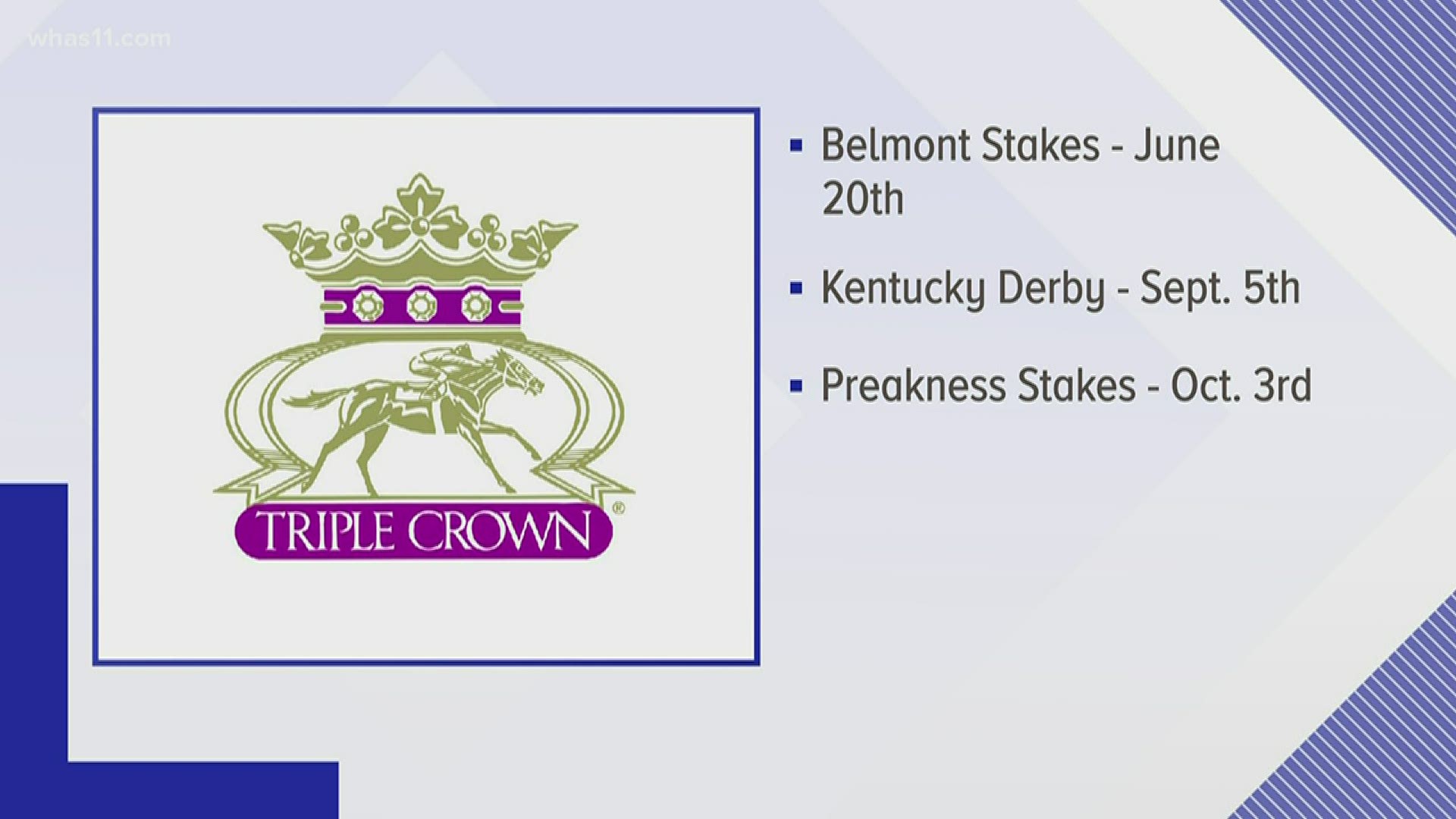 For Tiz the Law trainer Barclay Tagg, no finer way to round out a career Triple Crown.

Everything was strange about this Belmont Stakes, except the winner.

Heavily favored Tiz the Law won an unprecedented Belmont, claiming victory Saturday at the first race of a rejiggered Triple Crown schedule that barred fans because of the coronavirus pandemic.

The 3-year-old colt from upstate New York charged to the lead turning for home and now can set his sights on the Sept. 5 Kentucky Derby and Oct. 3 Preakness. All three legs of this year’s Triple Crown schedule were postponed due to the coronavirus pandemic. Belmont, usually the series capper, was initially scheduled for June 6.

Tiz the Law gave New York a hometown champion in its first major sporting event since the coronavirus pandemic seized the area. He’s the first New York-bred horse to win the Belmont since Forester in 1882.

“It’s a lot smaller crowd, that’s for sure,” said owner Jack Knowlton, who watched from a restaurant patio in the familiar surroundings of Saratoga Springs.

The race was shortened from the usual 1 ½-mile standard to account for competitors’ unusual training schedules. Horses kicked off from a starting gate placed atop the backstretch, rather than in front of the grandstands.

In most every way, this Belmont States was unlike any of the 151 that preceded it. The Long Island track can pack in nearly 100,000, but this race had about 100 on hand, including jockeys, media and park staff.

Masks were mandated for all but the horses — even the jockeys wore face coverings.

Closed to the public since March, Belmont Park hardly resembled the summer soiree New Yorkers are used to. Betting windows and gift shops were closed, not a single boozy Belmont Breeze to sip.

Foot traffic was so slow that a few weeds over a foot tall had sprouted up between bricks paving the track-side pavilion.

Silence at the 115-year-old venue was broken when New York Gov. Andrew Cuomo issued the traditional “riders, up!” call remotely via video. Longtime bugler Sam Grossman pulled down his facemask to tap out “Call to the Post,” and horses strolled onto the track to a recording of Frank Sinatra's “New York, New York.” A PA announcer introduced them to empty grandstands.

Signs outside the locked down venue instructed gamblers that if they wanted to wager on this Belmont Stakes, their best bet was to download an app and do it on their phones.

Perhaps a welcome harbinger for Tap It to Win, who led out of the gates and seemed poised to give trainer Mark Casse a third straight Triple Crown race victory.

Instead, Tiz the Law powered past him on the outside and cruised to victory.

Knowlton, from New York’s Sackatoga Stable, noted this race was a little different than 17 years ago, when the Sackatoga crew took a school bus to watch their colt Funny Cide try to wrap a Triple Crown sweep at Belmont Park. Funny Cide finished third that day.

It was also a breakthrough win for Tagg, who completed a career Triple Crown after also training Funny Cide.

“It’s tremendous," Knowlton said. "We just buy New York-breds, that’s our game. We don’t spend a lot of money. We’ve been with Barclay Tagg for 25 years. I keep telling everybody Barclay doesn’t get a lot of big horses and big opportunities, but when he gets them he knows what to do.”

“I’m just glad I lived long enough that I got another horse like this,” Tagg said.

Manny Franco, a 25-year-old jockey from Puerto Rico, entered the winner’s circle in his first career Belmont Stakes. He called Tiz the Law a “ versatile” horse in the run-up to the race, and what he showed Saturday was typical — stalk the pacemakers early, then pounce on the home stretch.

“It means a lot to me,” Franco said. “This is my home track. I've ridden here for about six years already. One leg of the Triple Crown is the dream of any jockey. I'm happy with the opportunity I have right now.”

Dr Post, owned by famed trainer Todd Pletcher, paid $5.80 and $4.20. Max Player paid $5.20, among the highest finishes by a female-trained horse — Linda Rice was trying to become the first woman to ever send a horse to victory at a Triple Crown race.

Tiz the Law took advantage of a 10-horse field weakened by injuries. Among the casualties were two potential entrants from famed trainer Bob Baffert, who ended up without a horse in this race -- one of then, Charlatan, is expected to run the Preakness.

Trained by Baffert, Gamine ran one mile in 1:32.55, fastest in the 90-year history of the race. Her time was just off the track record of 1:32.24 set by Najran in 2003. Gamine earned 50 qualifying points for the Kentucky Oaks on Sept. 4 at Churchill Downs.

Gamine is one of two horses trained by Baffert that tested positive for a banned substance at Oaklawn Park in Arkansas. She won a race there on May 2. Published reports said Gamine, along with Charlatan, tested positive for lidocaine, a regulated anesthetic widely used in equine medicine.