The Jacksonville Fire and Rescue Department says multiple cars are involved in the junkyard fire in the 14100 block of Gossett Street. 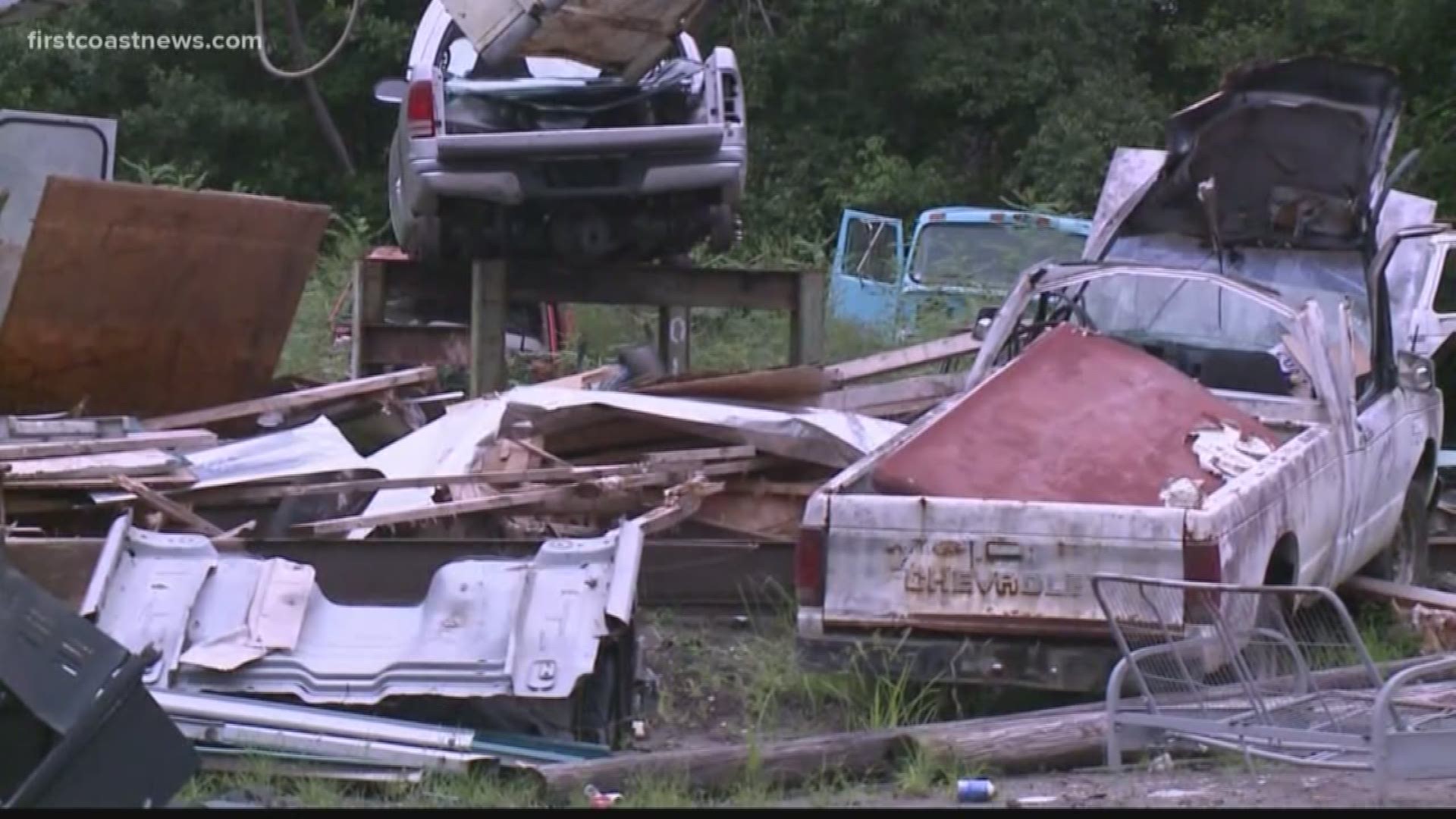 Two have reopened Saturday after fire crews responded to a heavy fire at a junkyard in Jacksonville's Northside.

Crews are responding to the 14100 block of Gosset Street to a junk yard....E35 is on scene advising multiple cars are involved...heavy fire showing.
More units are en route.

The Jacksonville Fire and Rescue Department said multiple cars were involved in the junkyard fire in the 14100 block of Gossett Street. Gossett Street and Duval Station Road were both blocked off as a result of the blaze but have since reopened.

Gossett st and Duval station rd is blocked off while JFRD responds to a junkyard fire involving multiple cars. Details on .@FCN2go pic.twitter.com/iARju3qxEi

The fire has been put out and crews have started clearing the scene.