Polling centers are run by the Duval County Supervisor of Elections and are open daily from 10 a.m. until 6:30 p.m. 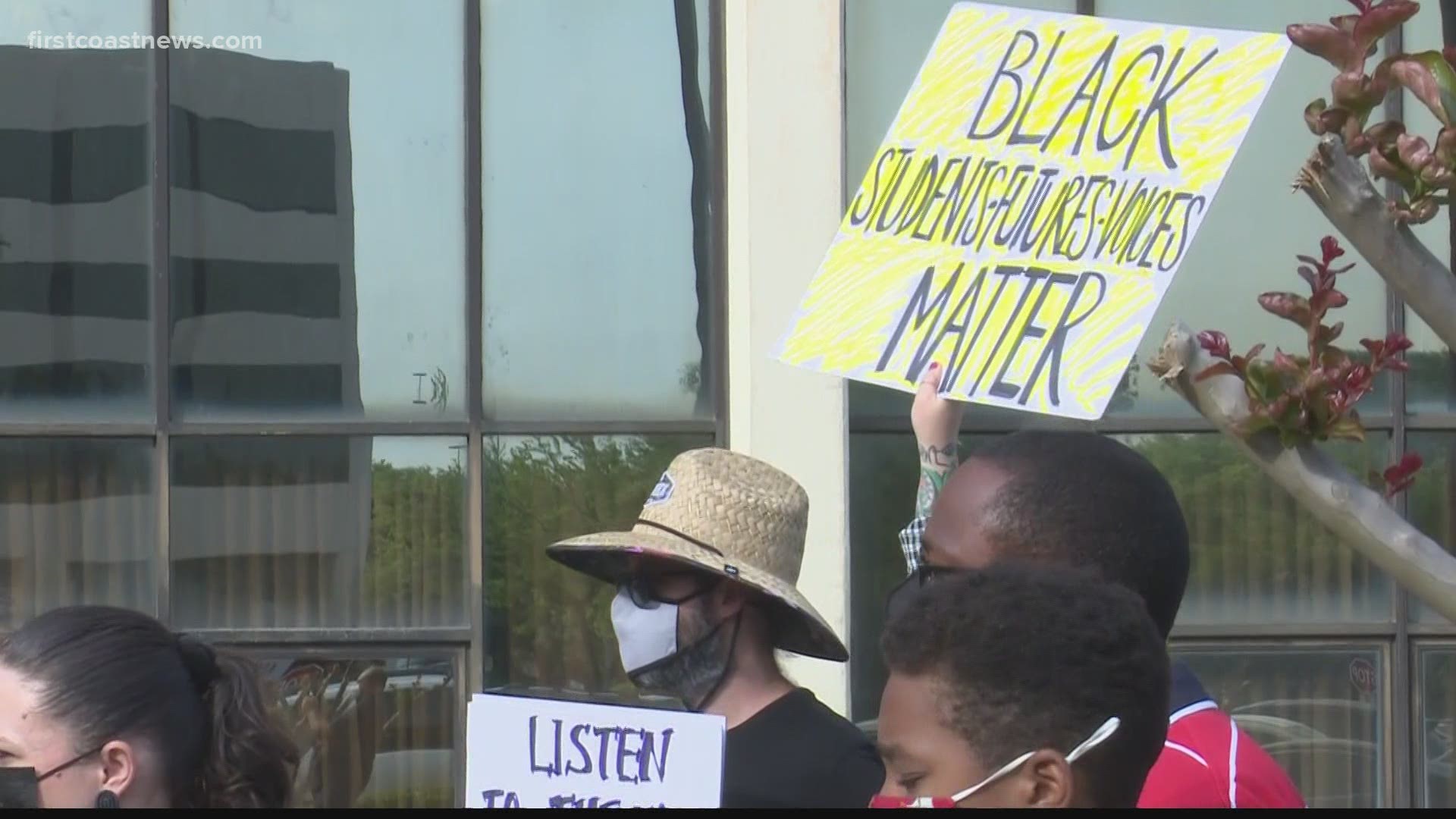 JACKSONVILLE, Fla. — Jaheim Bentley, a senior at Lee High School, took a detour during his school day last week at lunchtime. He submitted his vote in support of changing the school's name.

Bentley, who is a part of student government and is a member of the local I'm A Star Foundation, where he mentors fifth and sixth-grade students, originally didn't plan on voting. But after thinking it through, he got into line early last Monday and said poll workers told him he was the first student to vote at the time.

"I want the name to be changed. Racism needs to at least phase out since as we can see, it's not ending soon," he said. "But small things have big impacts."

Through Friday, school and community members at Robert E. Lee High School — and several other schools being considered for renaming — can cast their vote.

Here's what you need to know.

What school names are being voted on?

Of the nine schools being considered for renaming for either Confederate ties or marginalization of the Native American community, voting has concluded for five: J.E.B. Stuart Middle, Jefferson Davis Middle, Joseph Finegan Elementary, Kirby-Smith Middle and Stonewall Jackson Elementary school.

Voting for the last group of schools began last Monday and will close its two-week duration on Friday. Polling centers are run by the Duval County Supervisor of Elections and are open daily from 10 a.m. until 6:30 p.m.

Voting is not open to just anyone — stakeholders include the following groups respective to each specific school:

Each stakeholder group a person represents counts for one vote — meaning a person who falls into more than one group category can vote as many times. For example, an alumnus who lives within the school's zone would be able to vote twice.

What should I bring?

Balloting is only being done in-person, so people who plan on voting need to come with proof that they fall into their stakeholder group.

Fuel your hometown passion and plug into the stories that define it.

According to Duval County Public Schools, staff and faculty should bring district-issued IDs, students should bring their student IDs, alumni should bring a picture ID as well as their school diploma or yearbook and community members need to bring proof of residence.

When will we know results?

A Duval Schools spokeswoman told the Times-Union that the district will not be releasing preliminary voter turnout numbers or results until elections are finished.

She added that while the last day of voting is Friday, the elections will not conclude until the canvassing board meets to determine the status of any provisional ballots.

The canvassing board meetings — which are public meetings — are expected to take place in mid-to-late May for all of the schools involved.

Once the voting results are tabulated and finalized, results will be released on the school district's website and discussed with school and region leaders.

The results will be submitted to Duval Schools Superintendent Diana Greene and she will submit a recommendation to the Duval School Board.

In June, the school board will vote to approve, deny or ask Greene for another option for each of the nine eligible schools.