Robert E Lee High School is one of nine schools the district selected to review its name and history. 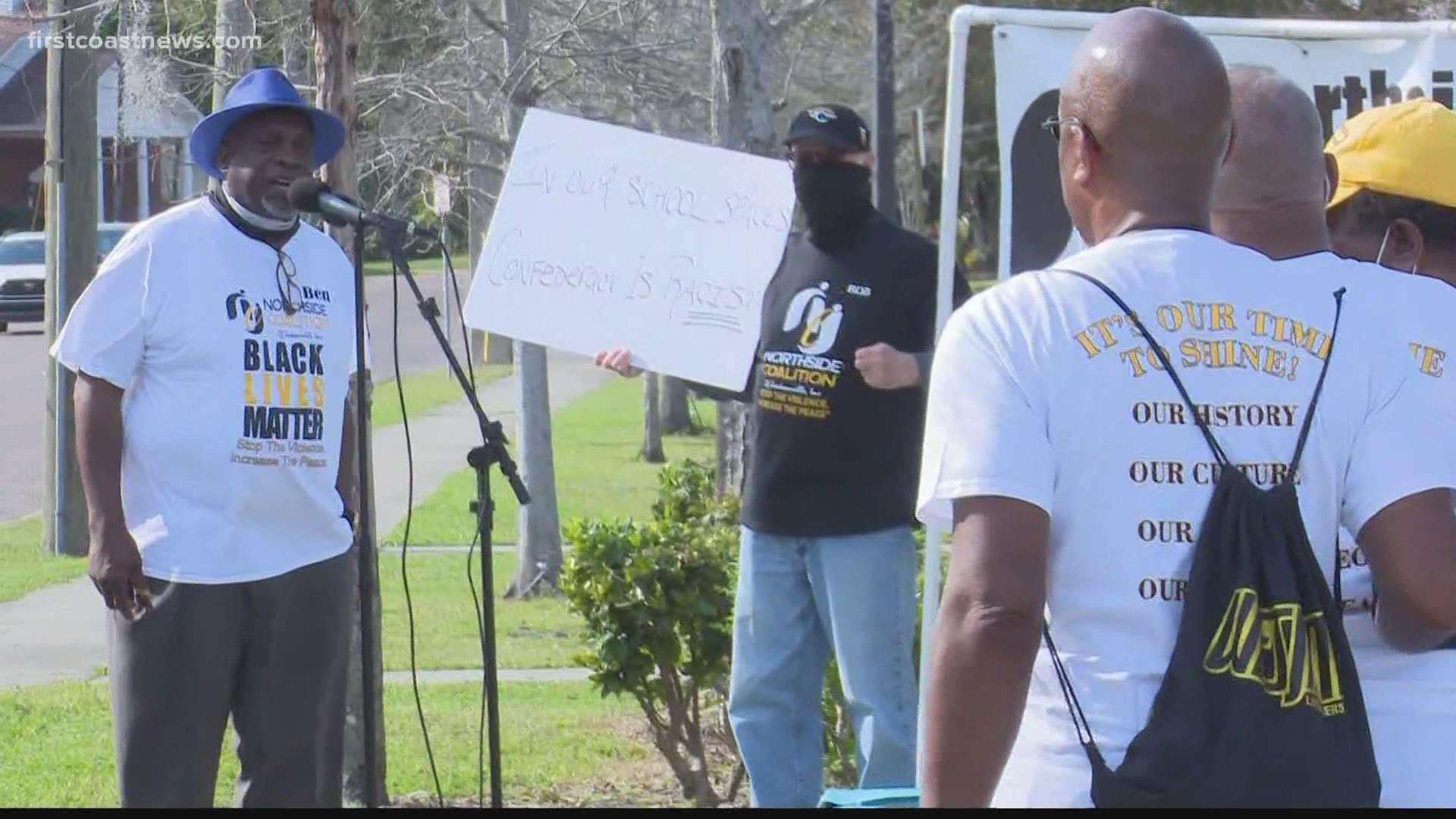 JACKSONVILLE, Fla. — Outside and inside Robert E Lee High School, passionate positions from people supporting and opposing a name change.

“Changing the name will not change anything moving forward,” one woman remarked during a Monday community meeting inside the school’s auditorium.

“We all have skeletons in our closet. Get over it,” another woman said.

It was the third of five community meetings planned at the high school, part of a district effort to gauge interest if a change is needed. Some of the speakers wanting to keep the name are alumni, including Caroline Carter.

“I have friends here for over 40 years," Carter. "We are family bonded by Lee High School."

Before the meeting and across the street, a group opposed to keeping the name drummed up support for what they hope will be an easy decision by the school board.

“If the only reason you have to keep the name in your own memory, number one that’s selfish," said DCPS teacher Rochelle Smith. "Number two, that’s not a real argument.”

Joe Ross went to segregated schools in the 1960's and says in a way keeping the name brings back those memories. He wants to see the district make what he calls the right choice and do away with Robert E Lee if not for him, but this generation.

“You have to have a moment to start a movement. A movement is a series of moments coming together,” Ross said.

For more information on the district’s timeline for a possible name change, tap here.