A man is dead after a bicyclist involved crash Friday night on the Westside. 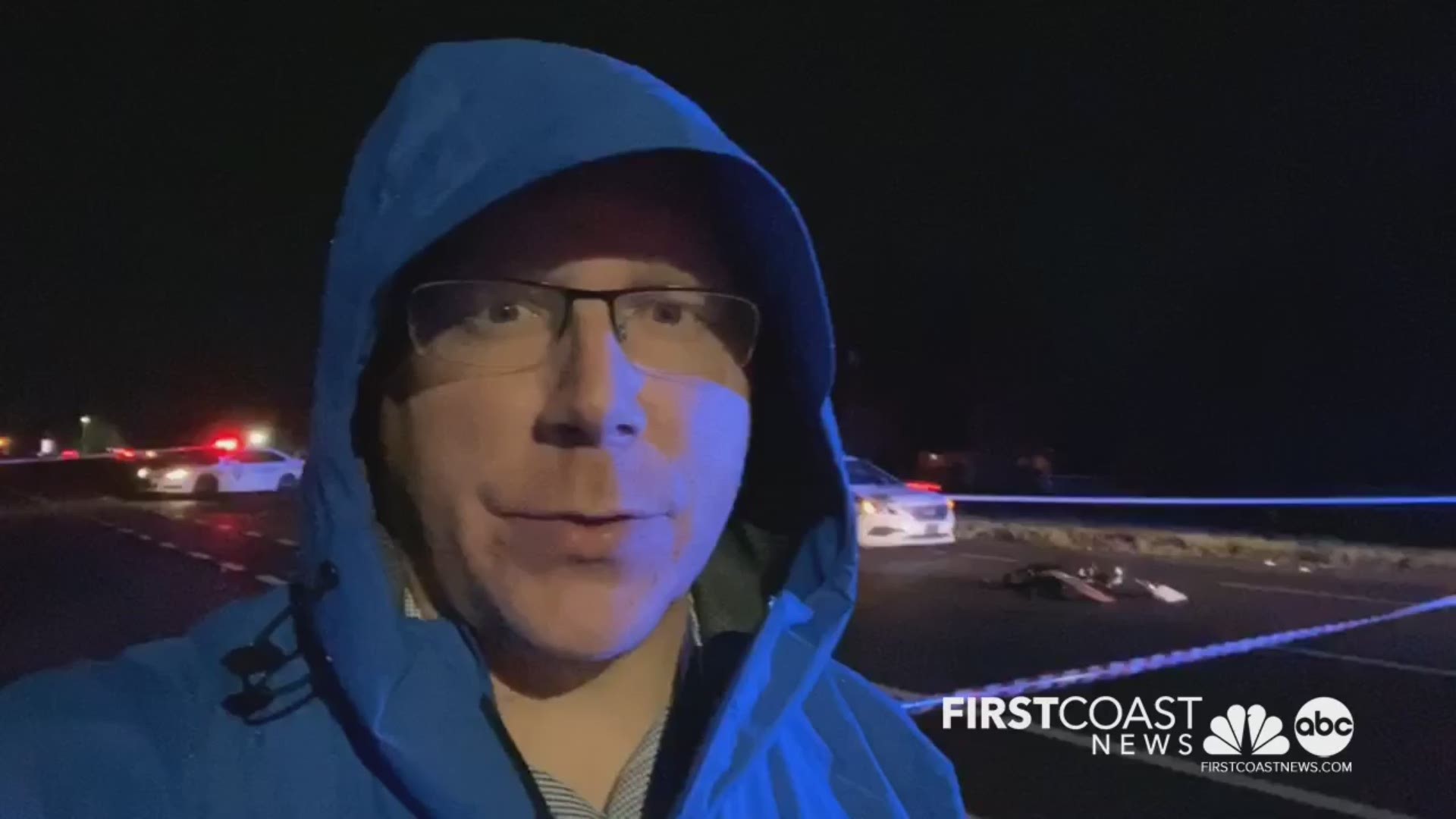 A man is dead after a bicyclist involved crash Friday night on the Westside, according to the Florida Highway Patrol.

The cyclist was confirmed dead at a nearby hospital, troopers say.

An eyewitness tells First Coast News that the crash was so loud it sounded like two cars colliding.

“I heard the boom, ran over there and checked his vitals and that was it,” K.G. Hall says

Hall says the bicyclist was an adult male and the person that hit him appeared to be a woman in her 40's driving a silver car.

He says said the cyclist appeared to try to cross the busy, dark road without looking.