PALATKA, Fla. — One person was arrested after the discovery of a cockfighting ring in Palatka, Florida. 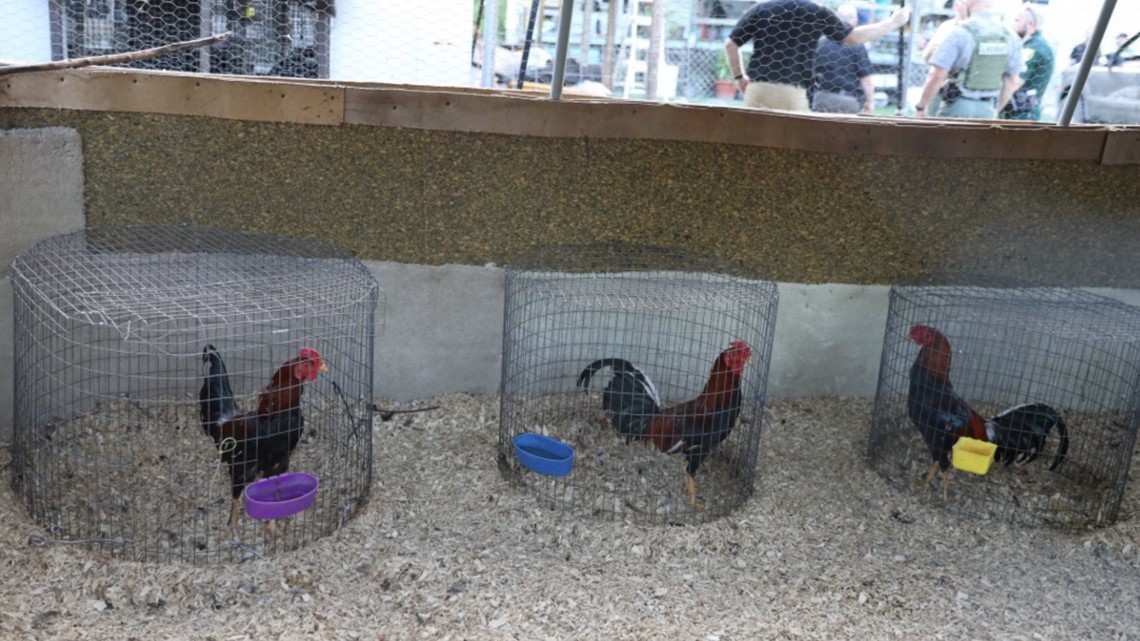 The Putnam County Sheriff's Office says about 200 chickens were seized after uncovering the breeding and training facility on Lettie Lane.

PCSO discovered the cockfighting ring during an un-related domestic call-out.

Cockfighting is illegal in all 50 states.

First Coast News will update this story as more information is uncovered.