'Justice should be served': Father of 3 reacts to pregnant woman being shot two doors down

He's a father of three and a neighbor to the woman who was shot. He says he doesn't know the people who live there, but he is shocked to learn about the crime. 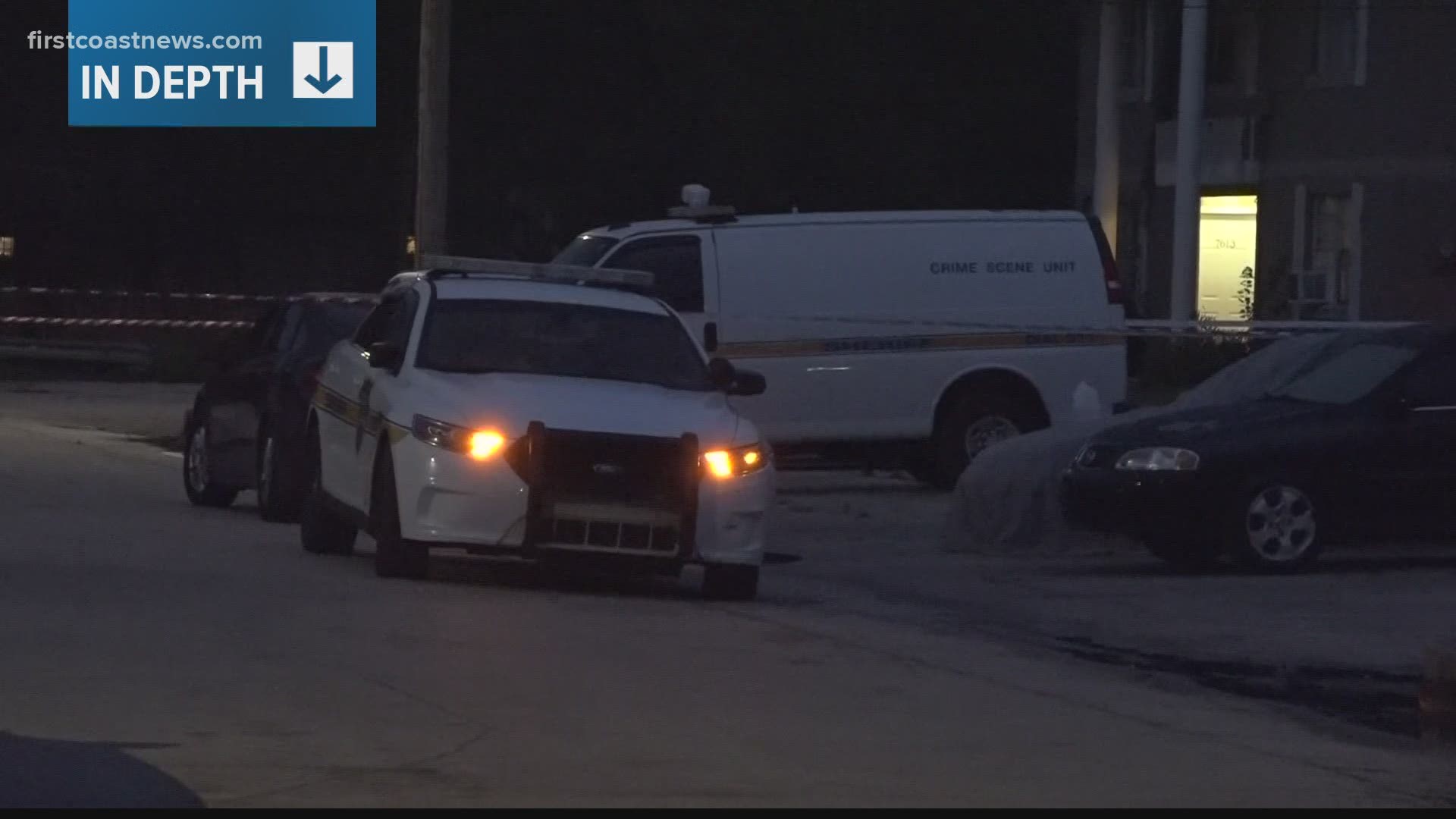 JACKSONVILLE, Fla — Jacksonville Sheriff's Office is looking for the person they say shot a pregnant woman in her abdomen while she was sleeping. She suffered life-threatening injuries from the bullet and her unborn child did not survive.

JSO says she appears to have been targeted.

Police say she is recovering in the hospital. She is now in serious condition, but she is stable.

Neighbors were waking up and walking outside to find JSO patrol cars, a Crime Scene Unit van and detectives scouring a home on Kona Avenue. Crime scene tape roped off the scene for hours.

@JSOPIO needs your help to find the person who shot a pregnant woman in her sleep, killing her unborn child, & putting the mom in serious condition. Several detectives & officers have left the scene this a.m., but the crime scene tape is still up around one unit. @FCN2go pic.twitter.com/4T515QGQ55

Just a few doors down, Darius Brock got his kids ready for school. He's a dad of three who says he is shocked.

Brock says he came outside when his girlfriend saw police lights overnight and police asked him if he heard anything.

“I mean I have kids. I have my family here. It’s me, my girl, my kids," he said. "I’ve never even (heard) anything. I’ve never seen anyone over there so it’s pretty shocking.”

He says he doesn't know that neighbor and only moved in about a month ago, but Brock says he notices police around often.

JSO says there were two others sleeping in the Kona Avenue home at the time of the shooting and they are being questioned. Police are also talking to neighbors and looking for surveillance video.  No arrests have been made yet.

“I don’t think that’s right that he cause harm to a pregnant lady. I feel like justice should be served," Brock said.

Police did not share information about any possible suspects, but if you know something call Crime Stoppers at 1-866-845-TIPS.