Tom Rice jumped into enemy territory on D-DAY. Now he plans to jump out of an actual C-47 WWII plane for the 75th Anniversary of Normandy. 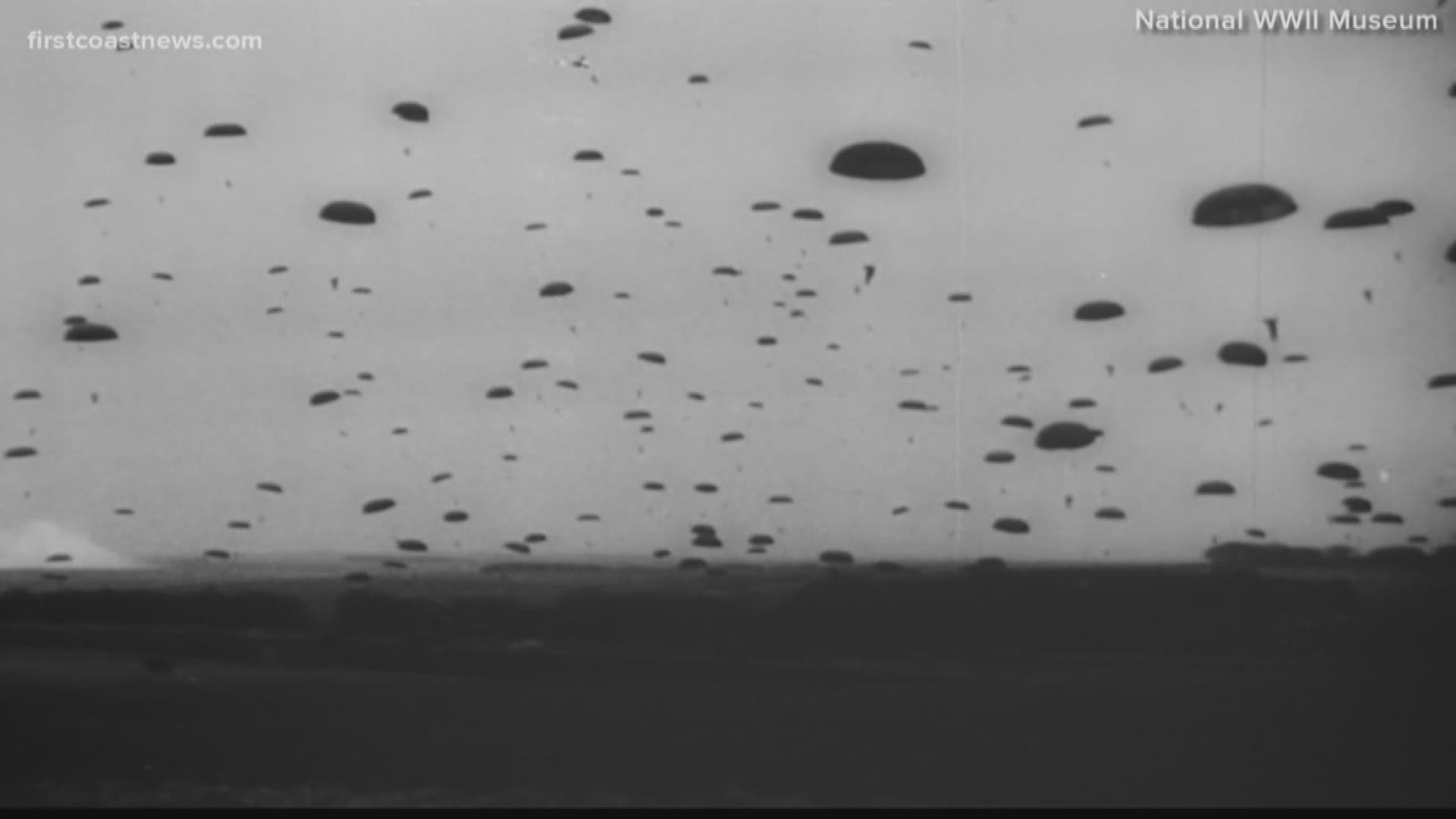 Rice was a Screaming Eagle, a paratrooper with the 101st Airborne in Normandy.

Now, for the 75th Anniversary of D-DAY, he plans to jump again in France.

Event organizers in France chose Shaffer because, obviously, keeping Rice safe is tantamount. Shaffer has 16,000 jumps on his resume.

Shaffer says the tandem rig, custom made in Florida for Mr. Rice, contains a special computer for extra safety.

If by a rare chance, Shaffer would hit his head or become unconscious, the computer would detect parachutes not opening at the correct time and open them automatically.

Rice has requested he get to pull a metal handle and release a huge American flag on his jump.

Shaffer and Rice will jump into an actual drop zone from the D-DAY invasion on June 5th.

More than 13,000 American paratroopers left England before D-DAY, June 6th, 1944, to jump into Nazi-held territory. Their role in the D-DAY invasion is considered crucial.

First Coast News anchors Jeannie Blaylock and Lew Turner will be broadcasting live from Normandy for the 75th Anniversary.

You can follow Shaffer and Rice on their anniversary jump on First Coast News.