TELL ME SOMETHING GOOD: Maya Dronca’s battle with brain cancer 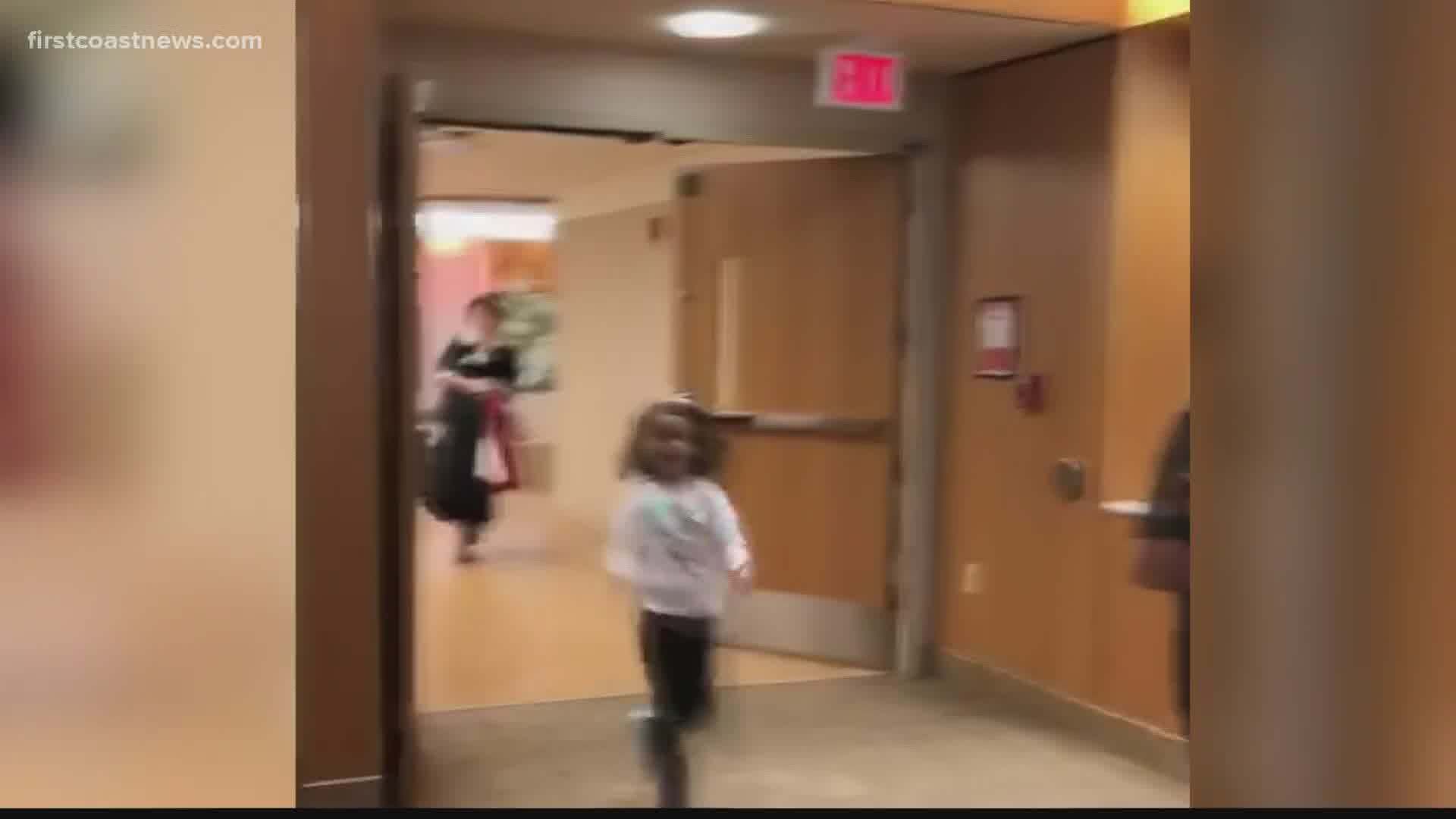 During these times when people across the world are facing challenges due to the coronavirus, a local mother is drawing strength from her daughter's battle with a rare brain tumor.

It’s a fight six-year old Maya Dronca is not allowing the tumor to win.

It's been a long journey for Maya, who rang the bell at the Mayo Clinic in Rochester, Minnesota, on Tuesday.

She completed six weeks of radiation and chemotherapy, the first stage in finishing an inoperable bi-thalamic grade 3 astrocytoma, a rare tumor. Only a few cases have been reported in the world.

Her mom, Dr. Roxana Dronca, an oncologist at the Mayo Clinic, says Maya's battle started shortly after New Year’s. Maya was feeling bad so they had her evaluated a Nemours Hospital.

Doctors did an MRI and found the brain tumor.

“I told them that initially I thought I could get through and get my daughter through this because after all I'm an oncologist. Then I realized I can't. Nothing can prepare a mother for this," Dronca said.

But it was only the beginning of Maya'a battle. While visiting the pediatrics department in Minnesota, Maya started having seizures again.
The doctors in Minnesota, like in Jacksonville, performed an MRI and told Maya’s mother they had to start treatment on her right away.
For six weeks, Maya underwent radiation therapy combined with chemotherapy to try and stop the growth as well as hopefully kill the tumor.

“Honestly, I was lost in the first days, but what picked me up was the support of everyone around us. I did not realize that we have so many friends who love us," Dronca said.

The family moved to Jacksonville just two years ago.

And through all of this, Dr. Dronca says that kids are much stronger than adults. She says she told her daughter that she could not do what Maya is having to do.

Maya still has a ways to go with more treatments ahead.

If you've got something good or know someone who is doing something good and should be recognized in Tell Me Something Good, send Sports Director, Chris Porter an email at chporter@firstcoastnews.com. You can also reach him on Twitter @chrisporterfcn.