'I am a NASA certified astronomer': UNF student has Martian dreams 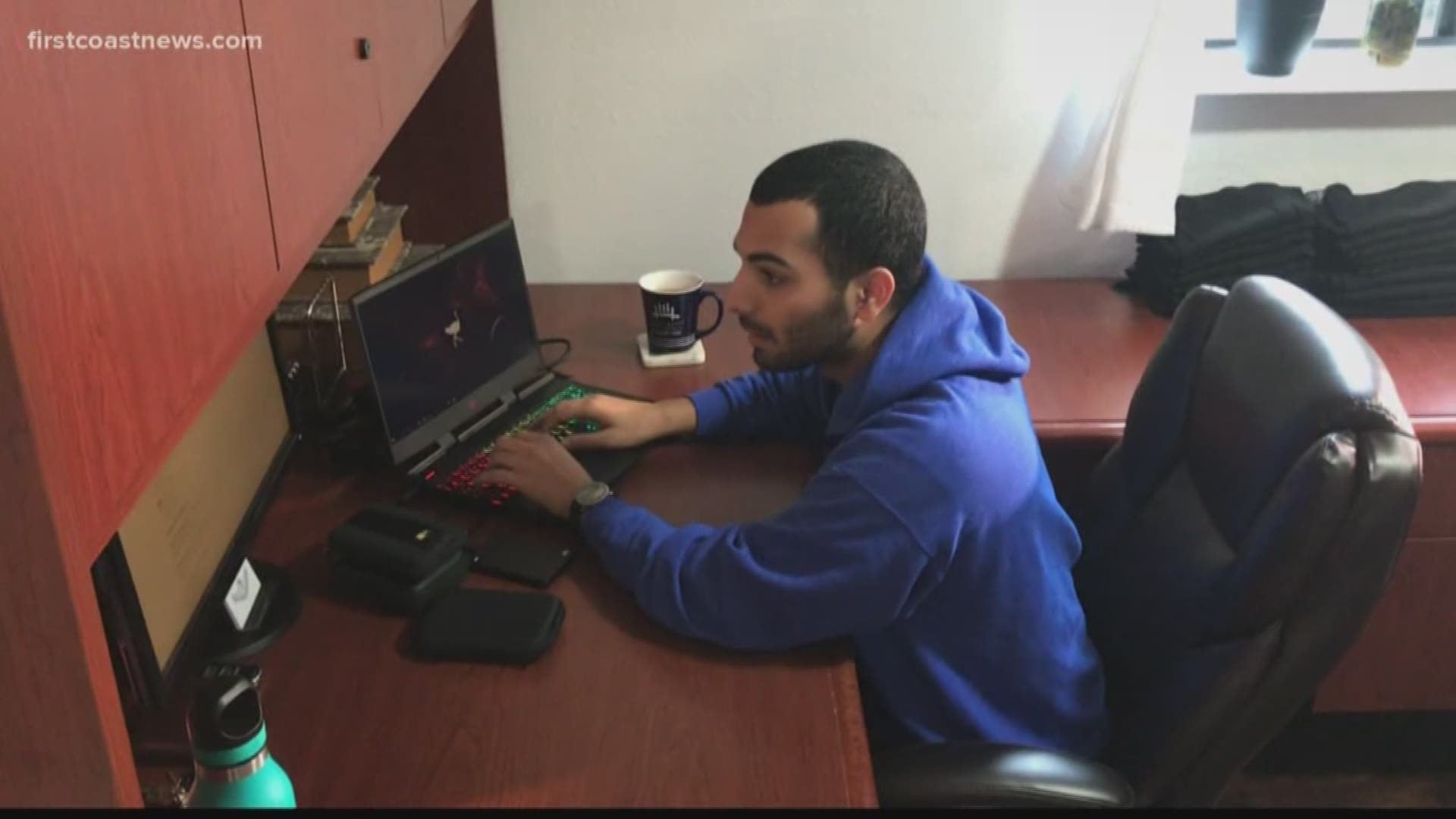 "The first movie I ever made was called SWAT vs Tony," he remembers his mother shooting the home movie starring him and his brother. "It was horrible but it got me into making movies."

But he was only seven then. Now, he's 21 and the dream is still the same, he wants to make movies.

It's why he's started his own production company and studies film at UNF.

But he's got a second major that adds a new layer to his dreams. He's also an astrophysics student.

"My ultimate goal is to make the first-ever movie in space," Giat said.

His work toward the dream is impressive. He's immersed himself into training, to aggressively go after what he wants.

"I'm a pilot, a scuba diver, I am a NASA certified astronomer," Giat said. "You have to rack up everything you possibly can."

He's done zero-gravity training and even traveled to Russia with a production crew to shoot a show about cosmonaut training.

But he was the center of the training, actually going through the paces of astronauts.

"This is just me trying to jump into things," Giat said.

His latest jump is perhaps his biggest. He'll spend a two week stretch in isolation, training in the Mars Desert Research Station.

"It's mainly to prepare for long-duration missions to Mars," Giat said. "It's more about the psychological aspects, the medical aspects and the practicality of living in isolation."

He'll travel to Utah to do research in November 2020 and he's hoping he is an example anyone with a dream can follow.

"That's what everyone needs to hear, whatever you want to do, just jump into it," Giat said. "Don't wait for something to happen."