Kendall Alley started the sock drive in 2018 when she was 11-years-old, and decided to do it again – this year with a bigger goal. 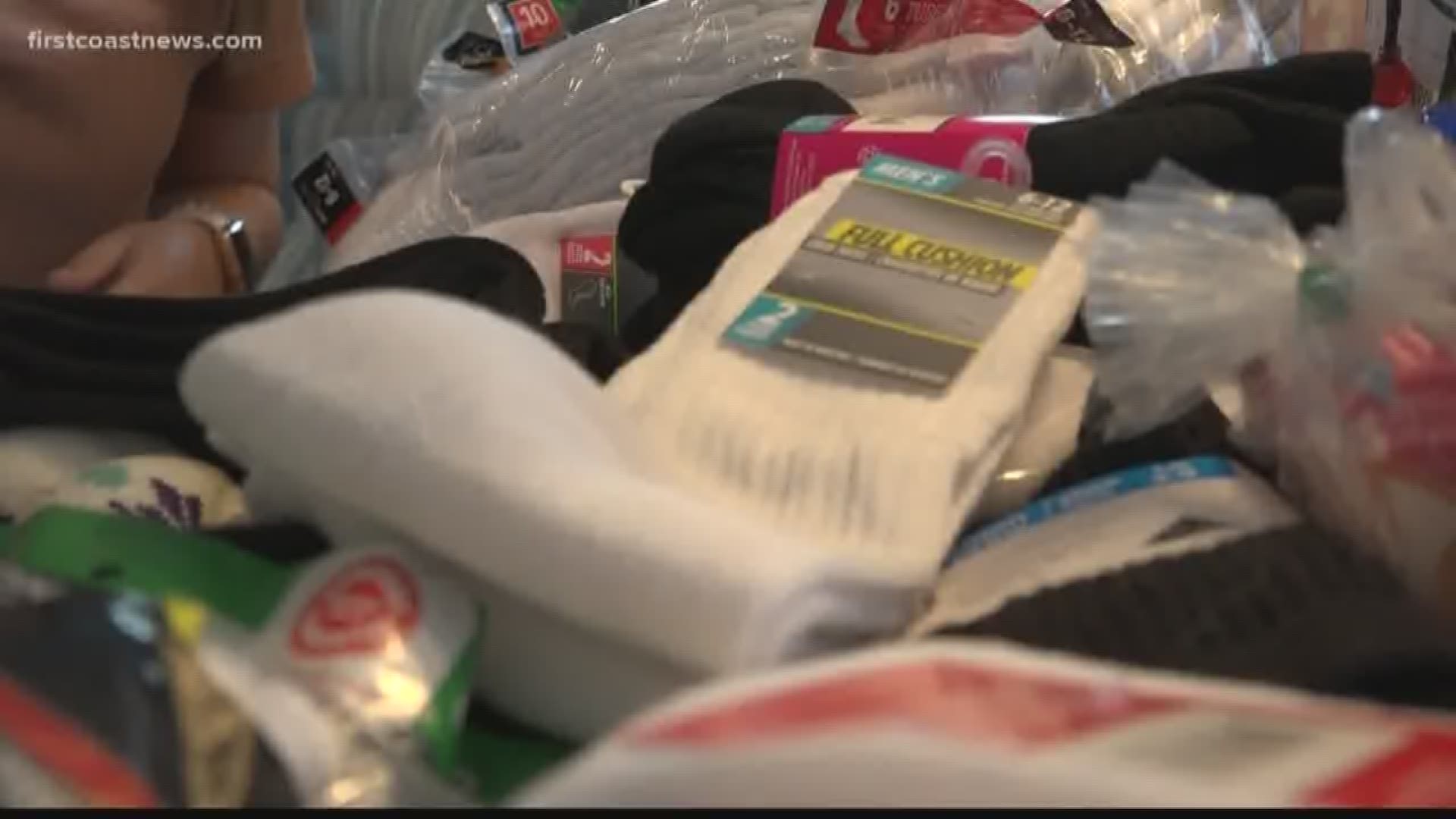 They say you’re never too young to change the world.

While 12-year-old Kendall Alley may not be able to end world poverty or hunger, what she does have are socks.

“Last year, me and my mom were talking and she asked me what I wanted for Christmas,” Alley said, “...and I was like, ‘I really don’t know, I really don’t need anything.’”

While she didn’t need anything, Alley realized there were other people who have nothing.

“So, then we came up with a sock drive just locally,” Alley said. “Anyone can pick up a pair of socks wherever you go and a lot of people need them.”

Alley dubbed the sock drive "Socking Around the Christmas Tree", and that 2019’s goal was a simple one, 100 socks. They passed that in a week.

“We just kept raising and raising and we got just above 1500 socks last year,” Alley said.

Alley says when she saw the reaction from people who received the socks, she was touched.

“They were like, ‘wow, this is amazing, thank you so much and they were crying over the socks,’” Alley said. “I was like wow, it kind of put it in perspective of how bad people could really use these.”

This year, she decided to do it again - this time with a bigger goal.

“Our goal this year is 2000 pairs of socks because I think we can do that,” Alley said.

“When she wanted to do it again this year, I was like ok, good, she really got it and she really understood the impact she was having,” Erika Alley said.

Along with the various box locations, Alley’s family has created an Amazon wish list called Socking Around the Christmas Tree for convenience. If you’d like to donate there, click here. For drop-offs, the socks must be new.