'They're making money off of their health': Speaker warns Bishop Kenny students of vaping health risks 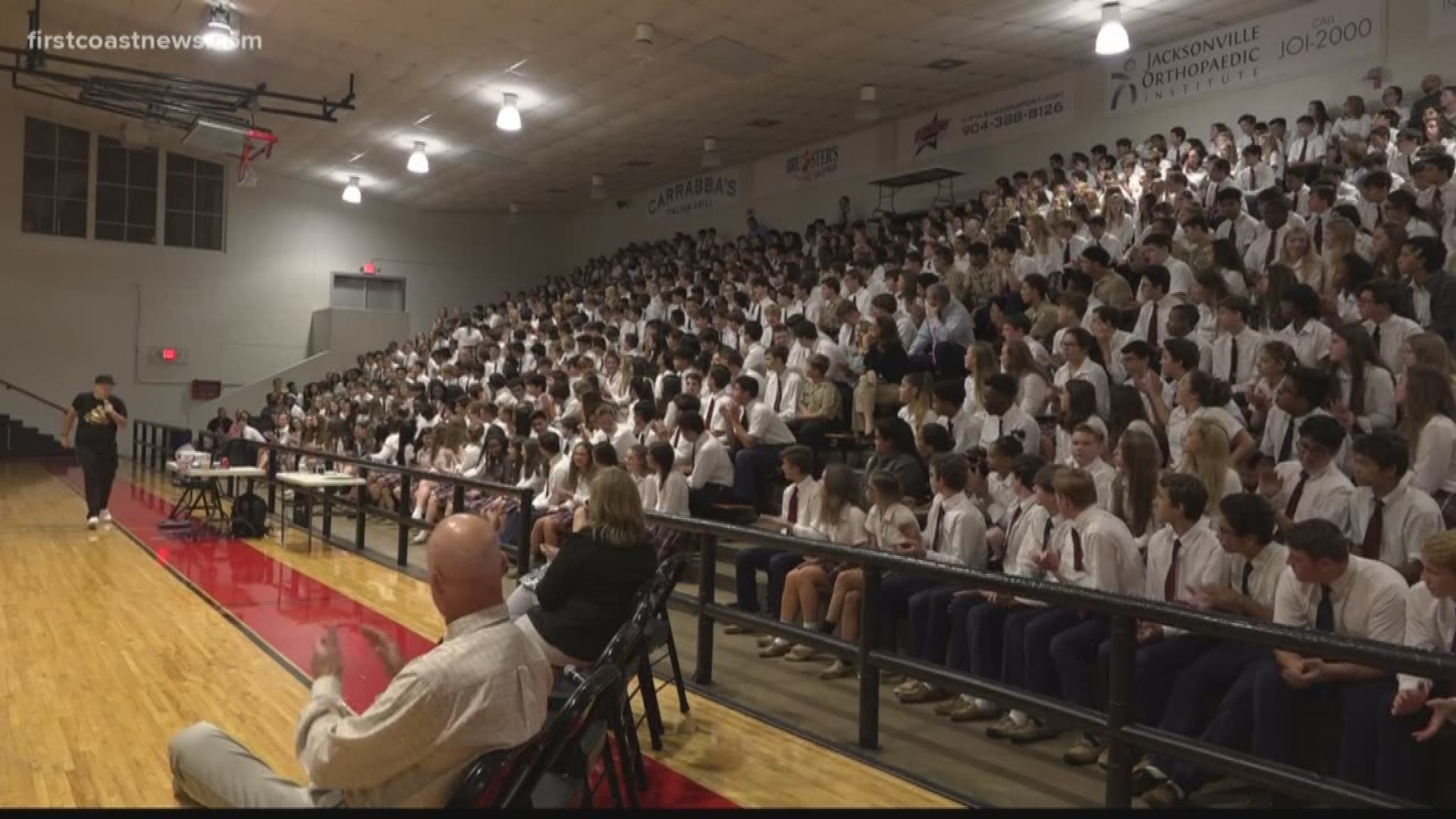 As the number of vaping deaths continues to rise in the nation, schools are holding assemblies to warn kids about the health risks associated with vaping. Bishop Kenny High School held one of those assemblies on Thursday.

The seminar was aimed at helping students understand what they were putting in their bodies and the health risks associated with vaping.

The speaker, Robb Holladay, says he's spoken at many schools across the nation. He showed them a recent news report of an otherwise healthy teen who was hospitalized after vaping. He also told students about how young people have seemingly been targeted by the way companies are marketing their products.

Holladay says he lost his own father-in-law to lung cancer from smoking, and doesn't want to see kids suffer the same fate.

"What gets me is these companies are preying on these kids, and they're making money off of their health," Holladay said. "[It] makes me upset to think that our kids are being deceived like this."

"I think it's kind of sick that they're targeting people who aren't even old enough to buy their products," Thomas Hulihan, a senior at Bishop Kenny said. "I know its come up on Instagram ads."

Hulihan says he knows students who vape and that fortunately, he's seen a lot of them quit as reports of deaths and health issues keep rising.

"You think that vapes are so much better for you than cigarettes, but really, they're just speeding up the process to get medical attention," he said.