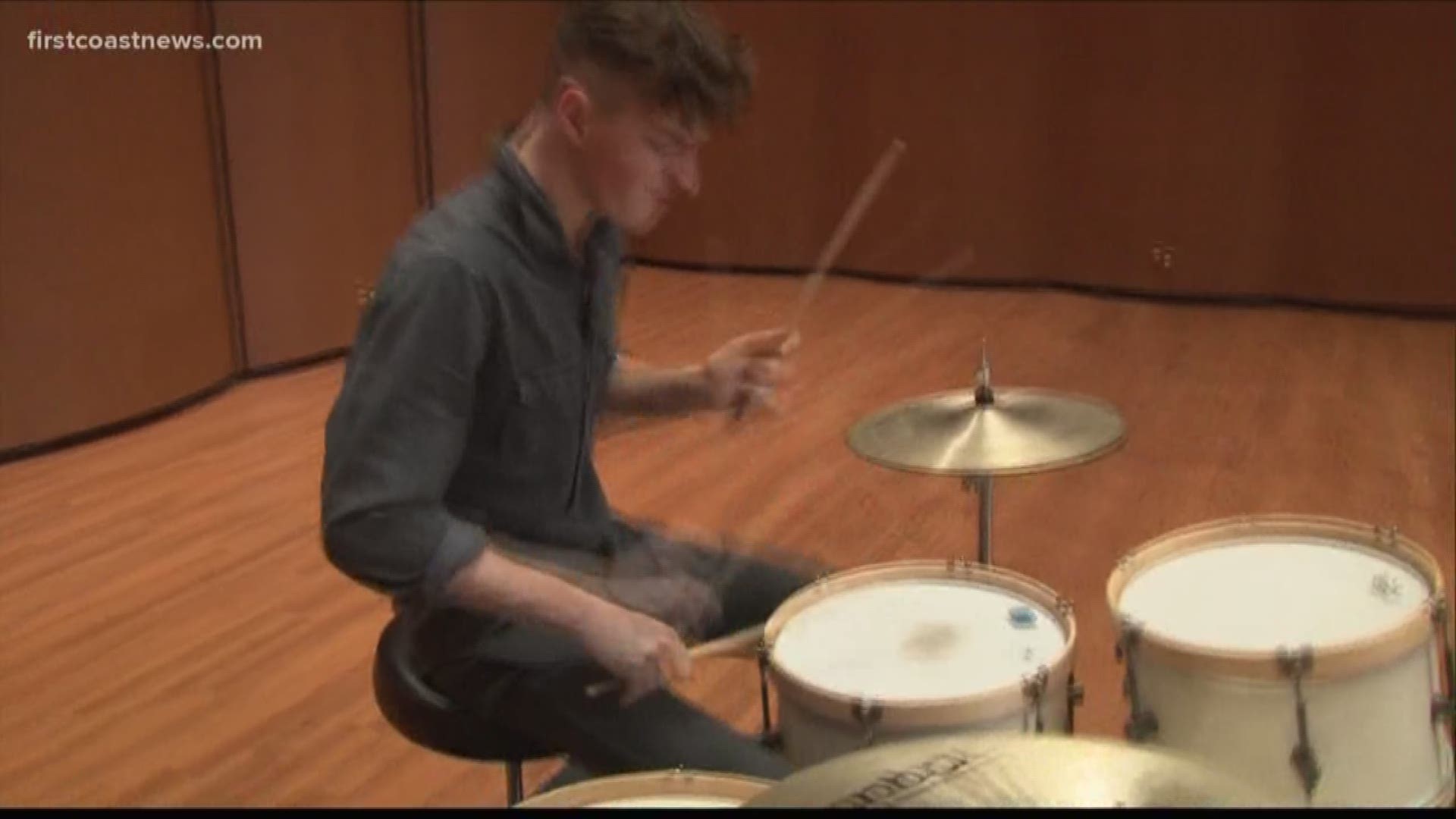 A Jacksonville percussionist is making his foot print while touring with nationally-known vocal duo JOHNNYSWIM.

Born into a family of musicians, 18-year-old Devin VonBalson says he’s no stranger to a snare drum, cymbals, and sticks.

“I’ve been hitting on stuff, and I think I was 12-years-old, when I actually started taking to a liking to it,” VonBalson said.

Since then, he says he’s been putting a lot of effort into his passion, that is now his career.

In April, VonBalson was stunned after receiving an unexpected opportunity that would allow him to play drums in major cities around the country.

“I got the phone call for Abner Ramirez, the singer of JOHNNYSWIM to go on their moonlight tour, over the summer, which went until about mid-July,” VonBalson said.

While touring the nation with the popular husband and wife singer duo JOHNNYSWIM, VonBalson got a taste of reality.

“It’s something I’ve wanted to do since middle school,” VonBalson said. “I looked up to musicians who were doing it, going on the road, like going on the road, playing for thousands of people and I was like one day if I could be in that place.”

VonBalson’s talent has been featured on NBC’s Hoda and Jenna. He recently had shared his skills during HGTV’s Chip and Joanna Gaines’ fifth annual ‘Silobration’.

Now, as a first-year music business major at Jacksonville University, VonBalson says he’s finding the balance between arts and studies.

“I still gig in churches around Jacksonville, I play for Eleven 22, and you know balancing that with wind ensemble performances and rehearsals and studying for your our classes,” VonBalson said.

Fresh out of high school, living his dream, VonBalson is loving every moment.

“I’m having the time of my life, I’m able to really work after and do what I love," VonBalson said. “It’s so much fun.”

He was recently endorsed by A & F Drum Company, based in Austin, Texas.

“I didn’t think that I’d get endorsed by a drum stick or a drum head company until I was like mid twenties,” VonBalson said.

VonBalson encourages other dreamers to chase their goals, while enjoying the ride, so once you arrive, you’ll be prepared for it.