Report: Jacksonville could see 100-year floods in 30 years due to rising sea-levels

A report done for the UN on climate change says sea levels are rising at a rapid rate and could mean a lot more flooding for cities like Jacksonville. 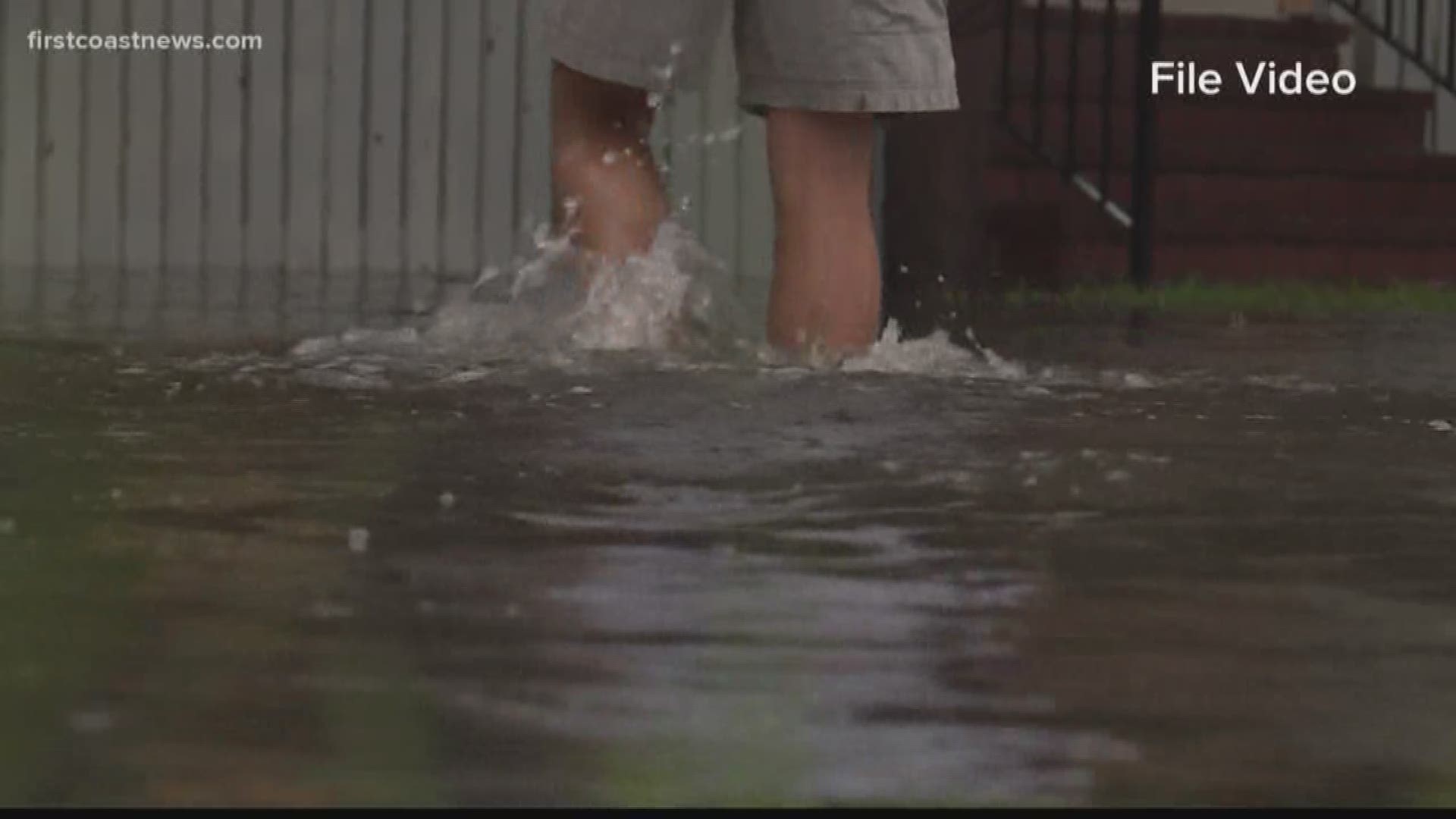 Sea levels are rising faster than before across the globe, according to a report for the United Nations on climate change. Its effects could mean a lot more flooding for the First Coast.

Seven coastal cities in the United States, including Jacksonville, were named in a recent '60 Minutes' report, saying in 30 years, sea-level rise could cause 100-year-type floods a lot more often.

"The projections are within about 30 years, if we're just talking about water level, we may be getting to a situation where an [Hurricane] Irma is almost an every year event," First Coast News Meteorologist Tim Deegan said.

"So what does this mean for Jacksonville? We were mentioned. There's a reason why we call ourselves the River City by the sea," Deegan said. "Our big St. Johns River, and for that matter, most rivers and creeks in Northeast Florida and Southwestern Georgia flow towards the ocean, so the higher the ocean is, the more our rivers and estuaries will be."

He said the more energy in the oceans is caused by warmer ocean temperatures. This energy contributes to sea level rise as well.

"In other words, when we talk about a 100-year flood, we're talking about the combination of the oceans are just plain higher, but now the storms are creating storm surge are higher, so it's math," Deegan said. "It's one plus two."

Deegan said inch-by-inch, the water levels add up, and they're adding up faster. When oceans first started rising, he said, they rose about one inch every 10 years. Now, they're rising about one inch per year, Deegan said.

"We're not looking into the future. We're talking about now," Shannon Blankinship, the advocacy director at the St. Johns Riverkeeper, said.

“We’ve been seeing sunny day flooding events increasing gradually, but we’re seeing it already," she said. "We don’t need to look to the next five, 10, 20 or 50 years to experience sea-level rise or to experience the impacts of climate change," Blankinship said.

"It’s [flooding] impacting our roads. It’s a part of our infrastructure now, so if we don’t see solutions to address these issues the frequency of these storms will continue to impact us," she said.

"This is a huge issue, huge. And a very expensive one, I might add," Carlucci said.

The committee's plan, Carlucci said, is to bring together city leaders, non-profits and other groups to create new policies that will address sea-level rise, and protecting Jacksonville. It will also address the city's ability to recover by severe weather and the health of coastal areas.

"As part of its assessment, the committee will review city environmental, land use and infrastructure policies that affect valuable and often vulnerable county assets along with the health and safety of our citizens," according to a press release for the committee.

The committee's first meeting is Jan. 27. Carlucci said he hopes it will be a committee that stays together for several years.

The committee will look at the work done by the Adaption Action Area Working group that finished up work at the end of 2019. That task force drafted several policy recommendations to map flood areas for builders and buyers of homes.

"There's the term that is increasingly being used as resiliency, and without getting into all the complicated things, it's not rocket science," Deegan said."If sea level is rising, then we have to build everything else above that rising sea level."

Deegan and Blankinship said we can also help slow sea-level rise by getting a handle on greenhouse gases. Some ways this can be done is by using more efficient cars and embracing a more energy-efficient lifestyle.