Early success can go to a player's head but all Blair Brown needs to do is stick out his arm to remind him of his humble NFL beginnings. 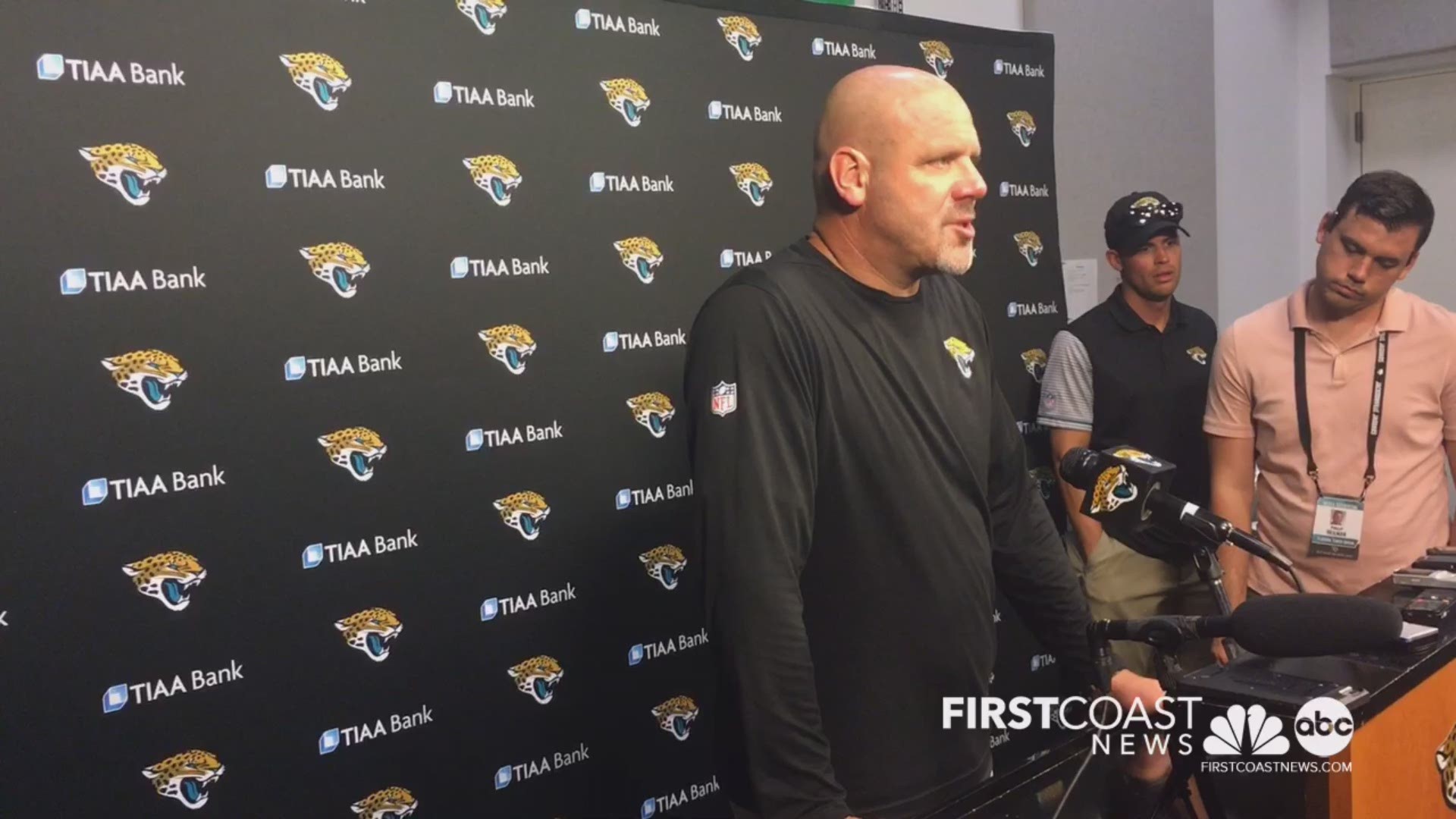 JACKSONVILLE, Fla. -- While his standing within the Jaguars' defense hasn't been etched in stone, linebacker Blair Brown's journey to the NFL has been permanently plastered on his left arm.

Currently slated as the favorite to win the Jaguars' starting strong-side (SAM) linebacker job, Brown's career outlook has progressed rather quickly. Early success can go to a player's head but all Brown needs to do is stick out his arm to remind him of his humble NFL beginnings.

Brown designed a tattoo that features the NFL logo, his current jersey number (53) and his draft positioning. The 148th overall pick in last year's NFL Draft wanted to commemorate his biggest career milestone with a lifelong reminder.

Brown's friend, Virgin Islands-based tattoo artist Landon Matthews, was the man behind the ink permanently showcased on the linebacker's skin.

"It does have a meaning to me, just because it is my first NFL number," Brown said during an interview with First Coast News on Tuesday.

Brown enters training camp with a massive opportunity. Playing alongside Pro Bowl linebacker Telvin Smith and up-and-coming star Myles Jack could thrust Brown into a much larger spotlight. While the job is of the two-down variety, serving as the Jaguars' third linebacker - a role once filled by notable leader Paul Posluszny - has its benefits.

Brown was initially viewed as a potential weak-side (WILL) or middle (MIKE) linebacker when he was drafted by the Jaguars last offseason. His versatility could be a major boost for the Jaguars, as he may be asked to play in the nickel formation if Smith or Jack goes down with an injury during the season.

Brown is still settling into the SAM linebacker role. Despite being the favorite for the job, training camp will serve as the true test of his on-field merit. If he can continue to progress at the position, he will be a key role player in one of the league's most vaunted defenses.

"Buzzing to the flat and all of that stuff, it was a big transition," Brown said. "I'm getting it done at the end of the day."