Athlete of the Week: Jeff Sims

Sandalwood quarterback, FSU commit is a "high quality human being" 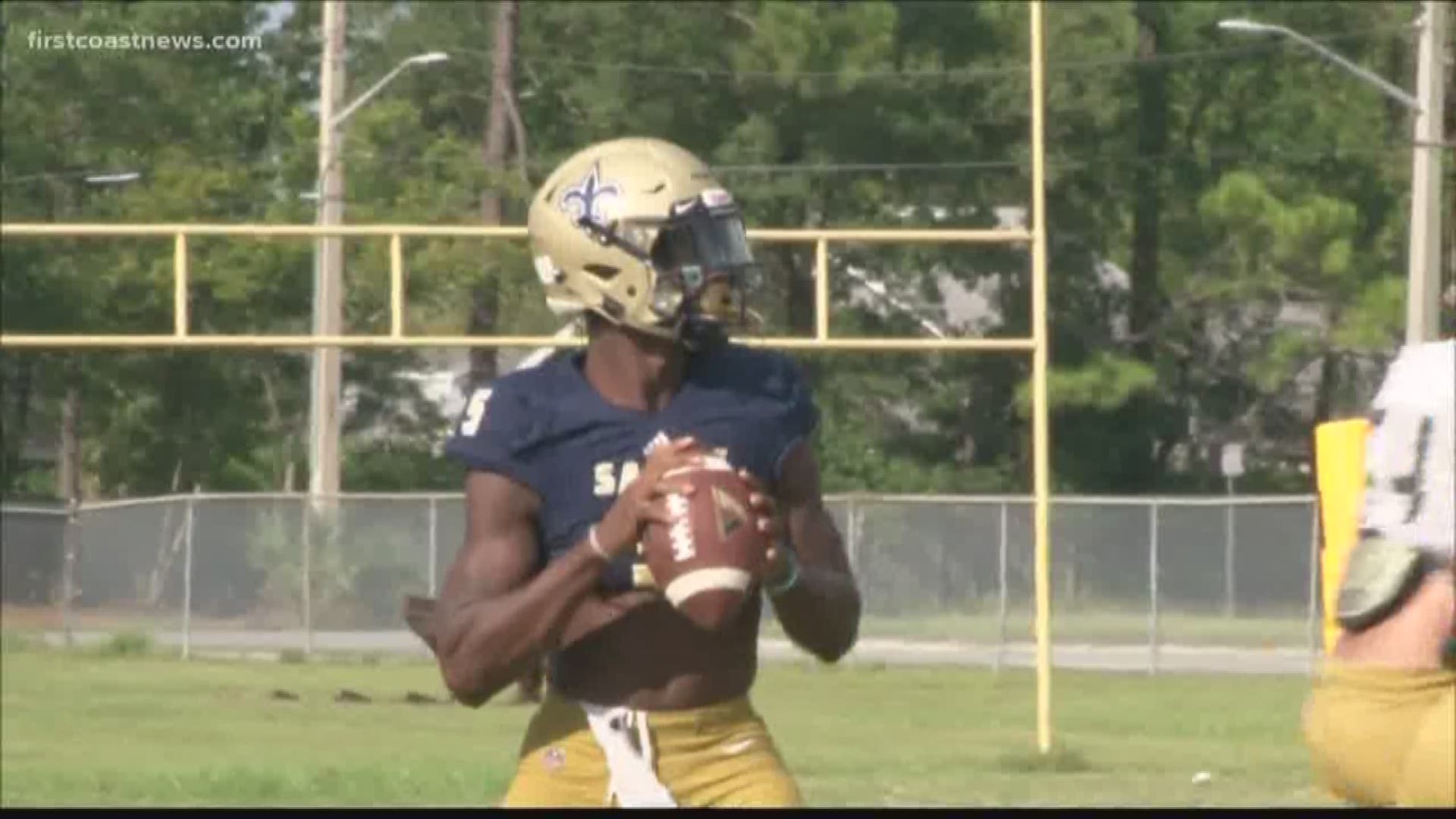 He's an Elite 11 finalist, a four-star quarterback, and a future Power-5 athlete.

But football is "the least important thing" about Sandalwood's Jeff Sims. That's according to his head coach of the past four years, Adam Geis, who's been with the Saints for years.

"Jeff is just a high quality human being," Geis said after practice a few weeks ago. "I said to someone the other day, 'even if you're not a Florida State fan, it's [going to be hard] not to root for Jeff.'"

A starter since he was an underclassman, Geis says that Sims is "a good teammate," above all else and despite his numerous accolades. Sims is the seventh-ranked, dual-threat quarterback in the nation, and the 34th best recruit in Florida overall, according to 247Sports.

But Sims also recognizes he is a student above all else.

"If you don't have the grades, you're not gonna make it here," Sims said.

Sims' favorite subject in school is math, and he hopes to apply that passion to a future career as an entrepreneur when his playing days are over. Sims says he hopes to start his own business, creating a "family brand" of some sort.

For now: he's his own, unique brand at Sandalwood and here on our First Coast.