She immediately called the restaurant and told them what she found in her order and was told, "Sorry, it must have fell in the box." 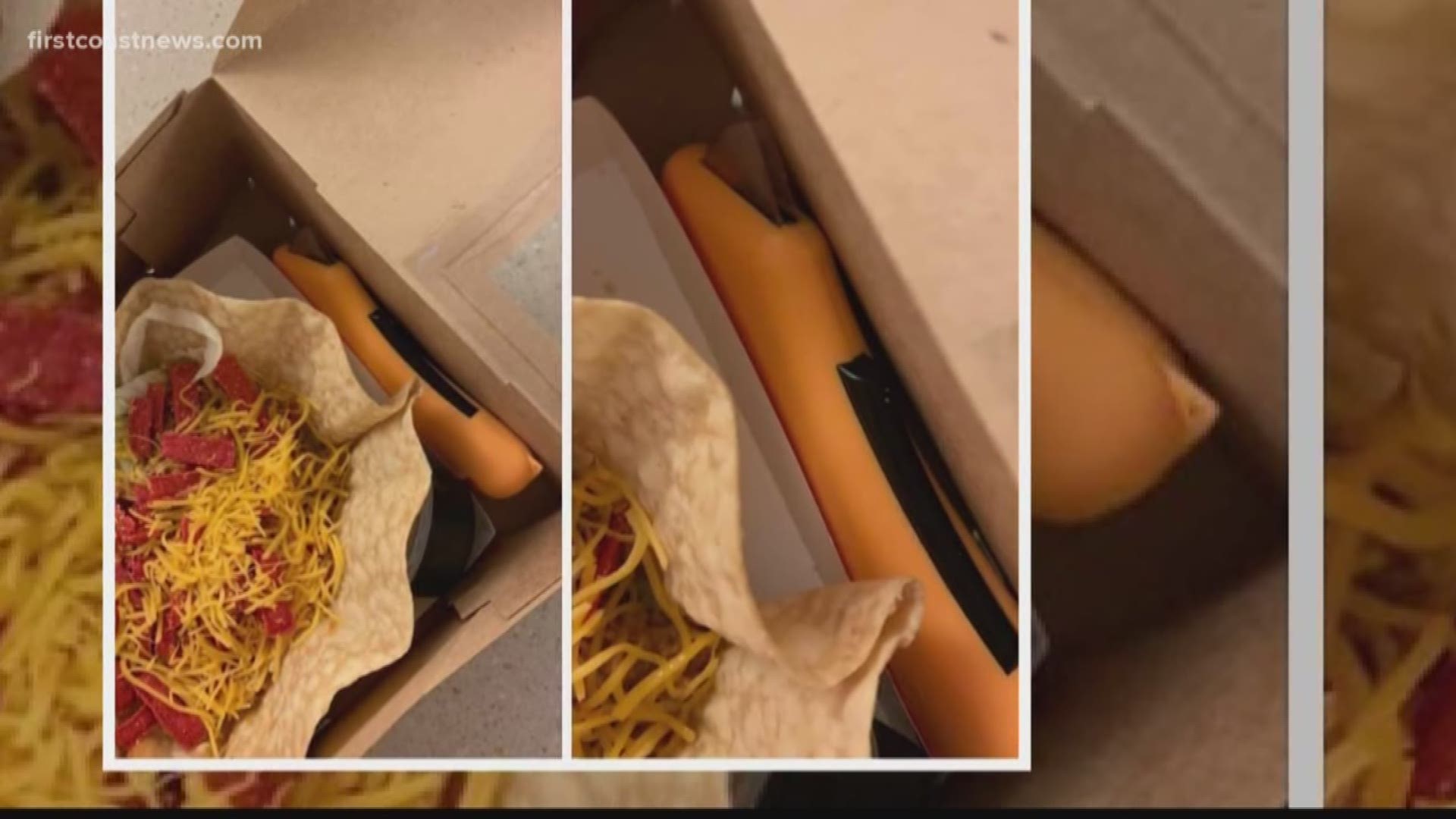 A St. Augustine woman ordered a Fiesta Taco Salad from Taco Bell on State Road 16 Friday Night. She ended up with a little more than that.

Ashley McNamara says her co-worker went to the restaurant on her break sometime between 8:30 p.m. and 9:30 p.m. "When she got back and opened up the box, the box cutter was inside," McNamara told First Coast News. "She called them right on the spot and told them what was inside the box and they said, 'Sorry, it must have fell in the box.'"

McNamara says the district manager did reach out after seeing what she posted on a review group, apologized and offered a gift card.

"The safety of our customers and team members is our top priority; we are grateful to hear that no one was injured. The operator of this location has reached out to the customer to apologize and resolve this accident. Team members at this restaurant will be retrained on proper storage and safety procedures."