"The coronavirus was a big issue and many people were concerned," said Tommy Hazouri. 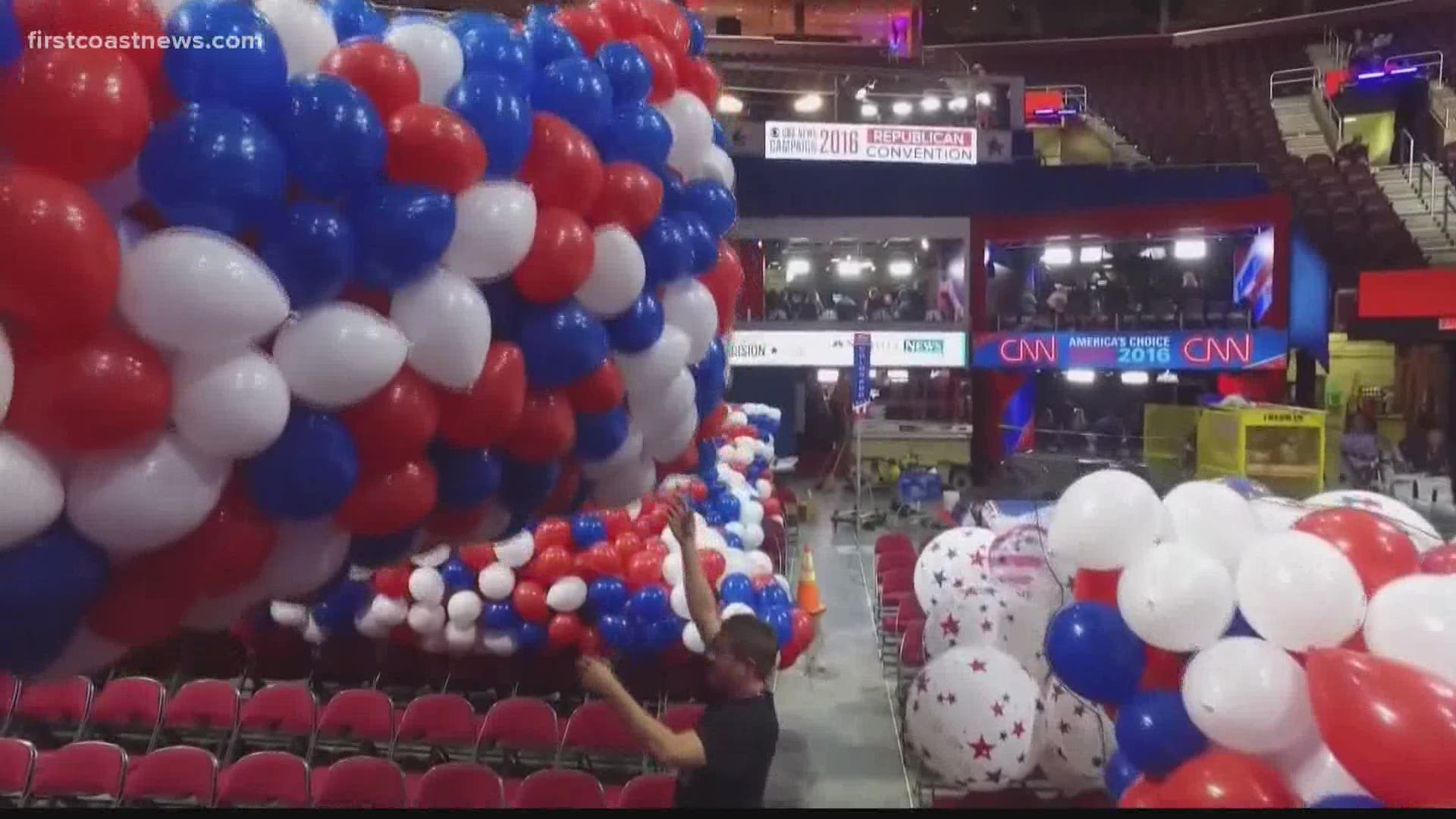 It was a very tight time table,  but Curry and the Republican Host Committee believed it could be done.

"They were trying to do what it takes two years to do in less than 40 days," said Tommy Hazouri.

Hazouri is President of the City Council and said it took weeks to get the proper legislation to the governing body for approval.

In the meantime, the opposition was growing.

"The safety and the health of the community was at risk and remained at risk until we withdrew the bill today," said Hazouri.

The bill detailing the event and asking for waivers and permits was set for discussing on Friday and a possible emergency vote on Tuesday.

But on Thursday, President Donald Trump canceled the event, saying it was "not the right time."

Hazouri said it was the right decision, but the bill was in trouble because of mounting concern about the surge in COVID-19 cases.

"The coronavirus was a big issue and many people were concerned," he said.

He said there are no winners in the cancelation.

Pastor Gary Williams and other civic leaders had expressed concern to Curry before the decision to cancel was made. They requested the mayor to reconsider hosting the event.

"I just don't think the risk was worth the reward," said Williams.

Williams also said there are no winners in the decision to cancel. He said he knows a number of businesses were banking on a boost from the event but public health in this pandemic has to be an overriding concern.

"It is affecting everyone, I am preaching to empty seats," said Williams. "I just told my members we will not be back in the church until next year."

Now that the RNC event is behind the city, Williams said the city needs to shift its focus to slowing the spread of COVID-19.

"I think it was a prudent move to do and I think we need to be laser focus on the health, the well being and the safety of our community," said Williams.

Now that the RNC is in the rearview mirror, Hazouri said the city council will focus on the city budget, social justice, as well as crime and other issues facing the community.