“We just want to get back out there on our beach." 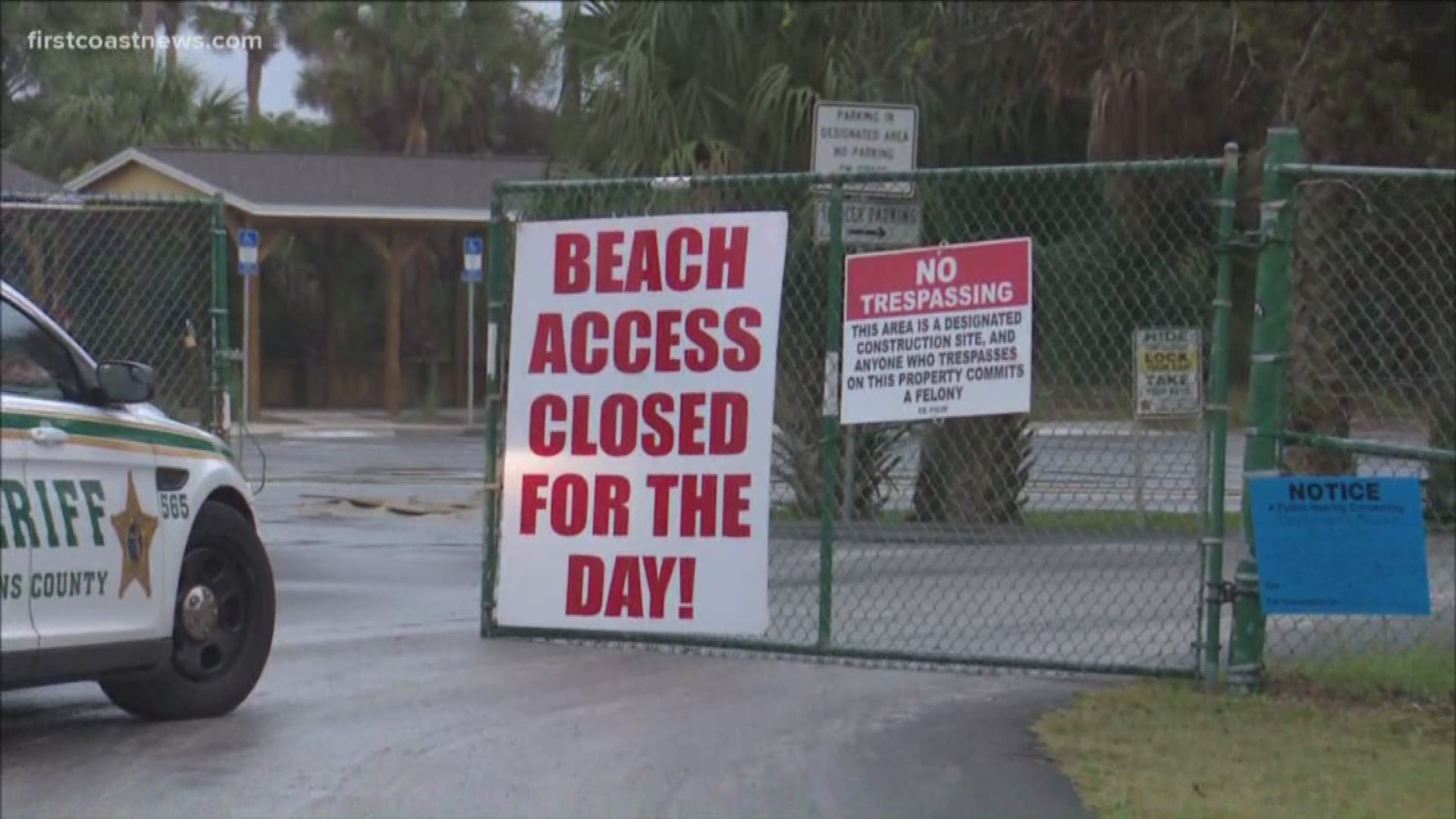 St John's County Commissioners agreed construction equipment could be staged in the Mickler's Landing Beach parking lot in October as part of a beach re-nourishment project, but are now considering opening up more access to the public after public outcry.

Heavy equipment is needed to restore and rebuild dunes for nearly a dozen homes along Mickler's Beach and the equipment is currently set to stay there through February.

Homeowners and some commissioners argued they were not informed the construction project would require an entire shutdown of the area five days a week.

“The county commissioners, I think, were as concerned as we were and surprised as we were to find our beach closed five days a week," resident Nicole Crosby said.

Crosby is not OK with heavy trucks instead of cars and beachgoers filling up the parking lot to Mickler’s Landing.

The parking lot is currently closed five days a week after County Commissioners approved a private plan to let some homeowners place Geo-tubes, similar to large sandbags, near a dozen homes. The goal is to help slow erosion following Hurricanes Matthew, Irma and Dorian.

“Being very limited access to the beach in Ponte Vedra, this is critical," Commissioner Jeremiah Blocker said.

In October, County Commissioners signed off on using the lot for construction equipment, but Blocker said he would not have given the OK if it meant closing the parking lot for five days during the week.

“This is not what I understood that we were agreeing to," Blocker said.

Blocker told commissioners he understands why homeowners want to use Geo-tubes to protect their property, but that should not come at the cost of limiting access to the rest of the county.

"If we knew that it was going to have this much of an impact, we should have provided more notice to the public, so they could come in here before we made the decision -- not after," he said.

Commissioners unanimously voted to have county staff meet with the contractor to discuss how it can continue operations while opening more access to the beach.

“We just want to get back out there on our beach," Crosby said.

While it’s unclear how many days and what times the only access point to Mickler's in Ponte Vedra will be open, Crosby considers Tuesday's vote a win.

“I think everyone should feel really good about all the emails that they wrote to county commissioners, the phone calls that were made, this was a county effort. I would hope that within two days that we’re back on that beach. I don’t see why it should take any longer than that," she said.

County Administrators said they will review whether they can reopen access and keep the agreement with the contractors. The lot will remain closed five days a week for now because of public health and safety concerns. County officials are telling us they expect to have an answer by their next scheduled meeting in two weeks.