12 Who Care: 'She's a powerhouse. She's a force' | Teacher nominates Bolles senior for 12 Who Care

Taylor Richardson is busier than most high schoolers. She's an activist, speaker, philanthropist and volunteers in the community. 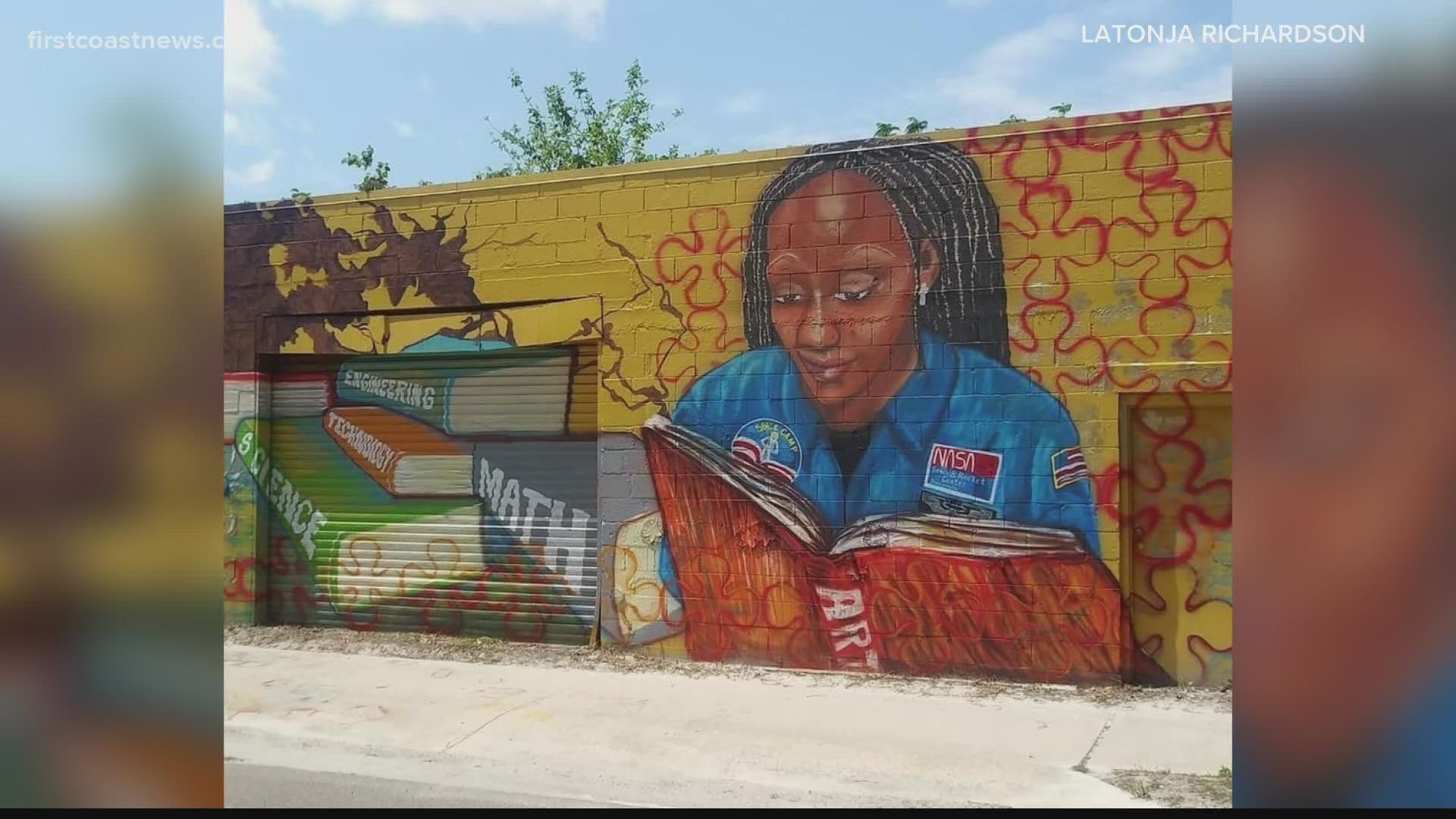 JACKSONVILLE, Fla. — Laura Lane said she already knew about Taylor Richardson before she was her teacher at The Bolles School.

"When I read all these articles about this young person who really believed deeply in STEM and making a difference in the world, I was really intrigued to personally meet her," Lane said.

"I had already heard her backstory when she was in seventh grade. So, we develop this kind of rapport with one another," Lane added. "I didn't even have an opportunity to be her teacher until she was a freshman."

The 18-year-old Bolles senior is busier than most high schoolers to say the least. Last year, she raised more than $17,000 to help bail out young people who were arrested during Black Lives Matter protests across the country.

“I feel like they were peacefully protesting," Richardson said. "They were just as young as me, and they looked like me, and I felt like, 'what if that was me in that cell? What if I didn't have enough money.'"

"So, I wanted to make sure that they could come home to their families after doing what they believed was right," Richardson added.

Today on @FCN2go at 12 and 5:30, we highlight @BollesSchool senior @astrostarbright for our 12 Who Care volunteer awards. She has raised money for more causes than I can count, & I don't have enough characters in this tweet for all of her accomplishments. You'll have to tune in😊 pic.twitter.com/5CdlrVjc3m

She has also raised money for several other causes, like more than $4,000 for childcare for frontline workers during the pandemic. Richardson has won awards from Teen Vogue and GoFundMe, among others, for her work. She also has a mural in Jacksonville dedicated to her.

“I just have a really strong support system. You know, my mother, my friends and family, my social media friends, they always helped me stay grounded, but also, a lot of self care, taking care of myself as a woman," Richardson said. "I watched my grandma get back to her community when I was younger, so I'm just passing on the baton."

She also adopted six families in December for Christmas.

“I know Christmas plays such a huge part in my life," Richard said. "I remember loving the season, having cups of coffee with my grandma and watching Christmas movies on TLC. So, I just want to make sure other kids have that same experience and get to be a kid without having to deal with money and what their mom is struggling with or their father."

Most recently, Richardson raised more than $29,000 to distribute the book "The Black Friend" by Frederick Joseph in U.S. embassies, and around the country.

Richardson also advocates for representation in science, technology, engineering and math (STEM), and has spoken at engagements around the world.

"I love helping women. That's my thing," she said.

When Richardson graduates in May. She wants to go on to Spelman College and become an OBGYN.