John Nettleton isn’t accused in the death of Christopher Tur, but he is accused with obstructing the investigation into his disappearance and lying to investigators. 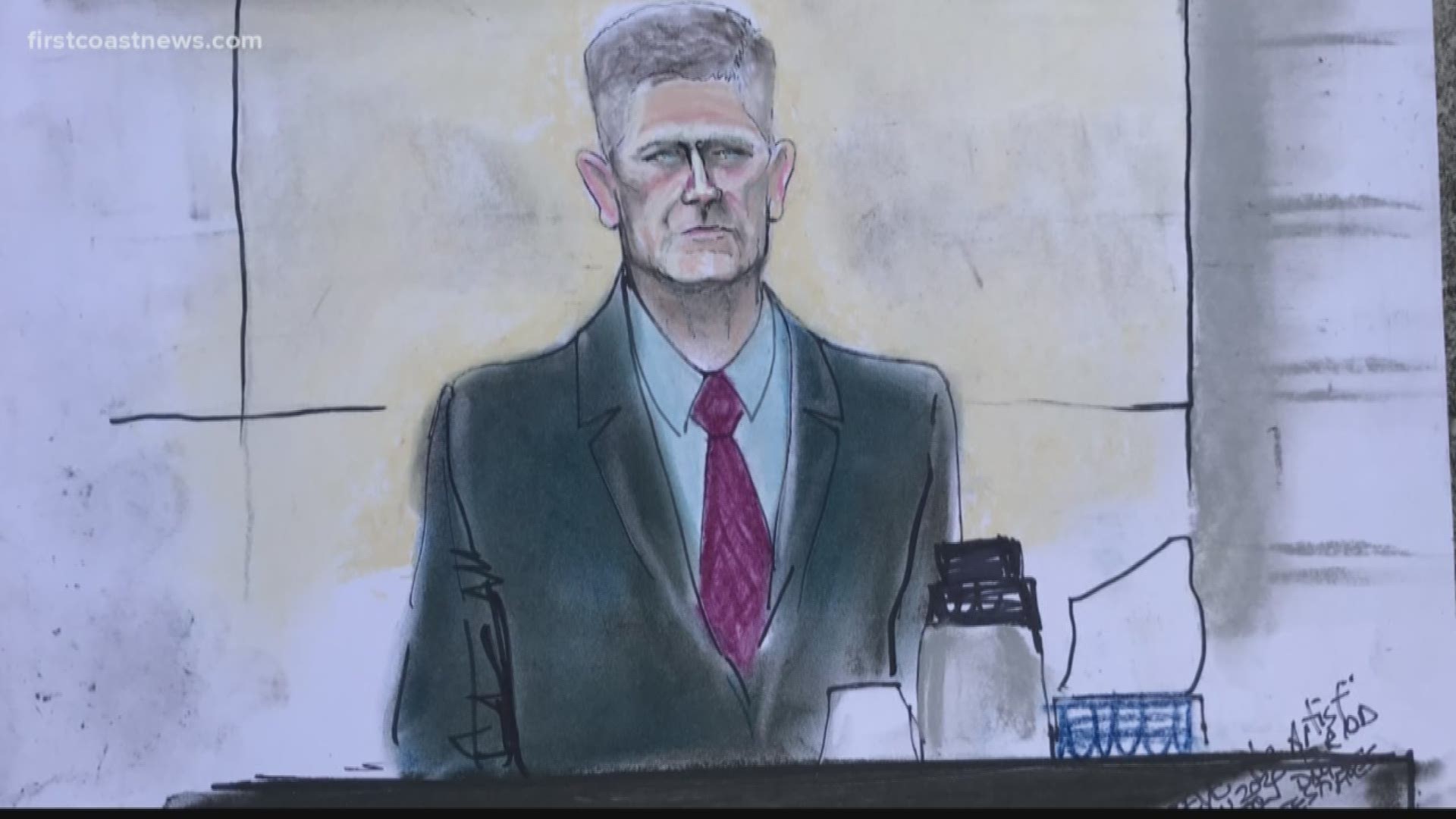 A Navy captain removed as commander of Guantanamo Bay Naval Base following the disappearance and death of a civilian worker in 2015 took the stand in his own defense Tuesday.

John Nettleton isn’t accused in the death of Christopher Tur, but he is accused of obstructing the investigation into Tur's disappearance. Tur's body was found floating in Guantanamo Bay two days after he went missing. An autopsy determined he drowned.

Nettleton initially concealed that he’d had an affair with Tur’s wife and a bloody fistfight with Tur the night he disappeared.

Addressing the jury in a loud baritone, Nettleton began his testimony by running through his professional history and personal milestones, including his rise through the ranks before taking command at Gitmo.

He recounted the night Tur went missing, which began with shots and cocktails at the officers' club on base.

“All of us probably consumed too much alcohol,” he said.

Nettleton testified he had no memory of what initially happened in his home, only lying on his kitchen floor being shaken awake by Tur, saying “Wake up Marine, wake up Marine. C’mon—get up Marine.”

He said Tur was drunk and “cycling” through grievances about his marriage, his belief Nettleton was “f---ing with” his wife, but alternately was chatty and wanted to go back to the officers club to drink.

Eventually, after Nettleton asked him to leave a third time, he said Tur became enraged. Nettleton acted out the fistfight for the jury, saying Tur came at him several times before he bloodied his nose.

He grew emotional when discussing his daughter Julia, who was 15 years old at the time and witnessed some of the fight. It was her text messages to a friend during that confrontation that tipped investigators to the fact that Nettleton may have been the last person to see Tur alive.

Nettleton paused at length and drank water trying to regain his composure when asked about a phone call from his son during the chaos.

“He was telling me that Julia was upstairs, and she was terrified,” he eventually said.

As for why he didn’t tell investigators about the fight after they found Tur's blood at his house, he said he was too “emotionally exhausted” following the discovery of Tur’s body floating in Guantanamo Bay two days later.

Nettleton denied that he was responsible for the broken ribs found during Tur's autopsy.

"You were just unlucky and somehow he broke his ribs after he left your house?” Prosecutor Todd Gee asked.

Gee asked him if not telling anyone about the fight was “part of his plan.”

“I didn’t have a plan," Nettleton retorted. "Does anything about that night sound like I had a plan?”

While he denied he hindered the investigation, Nettleton agreed that he should have handled things differently.

"I don’t think anyone is going to argue with you that I could have done a better job that night," he said.

Nettleton was a steady and sometimes animated witness. All other witnesses have testified from the stand using computer maps, which can be circled with an electronic stylus. Nettleton’s attorney had elected to have him stand in front of the jury holding a microphone and pointing out places by hand. When he acted out the physical confrontation, he played both roles, demonstrating when he threw a punch and when Tur and he went down on a knee.

The announcement that Nettleton would testify followed another surprise – a witness who claims to be the last person to see Tur alive.

That woman, a Jacksonville resident who lived in Guantanamo at the time, was not disclosed by the defense until Monday. Carol Wolfe testified Tuesday that her recollection now is different from what she told NCIS investigators in Jan. 2015

She testified she saw Chris Tur after he is alleged to have knocked out Capt. Nettleton in a bloody fistfight at Nettleton’s home.

Nettleton’s testimony is expected to through Wednesday morning.