In Duval County, the data is even more stark. Twenty five percent of girls have considered suicide, and one in seven was raped. 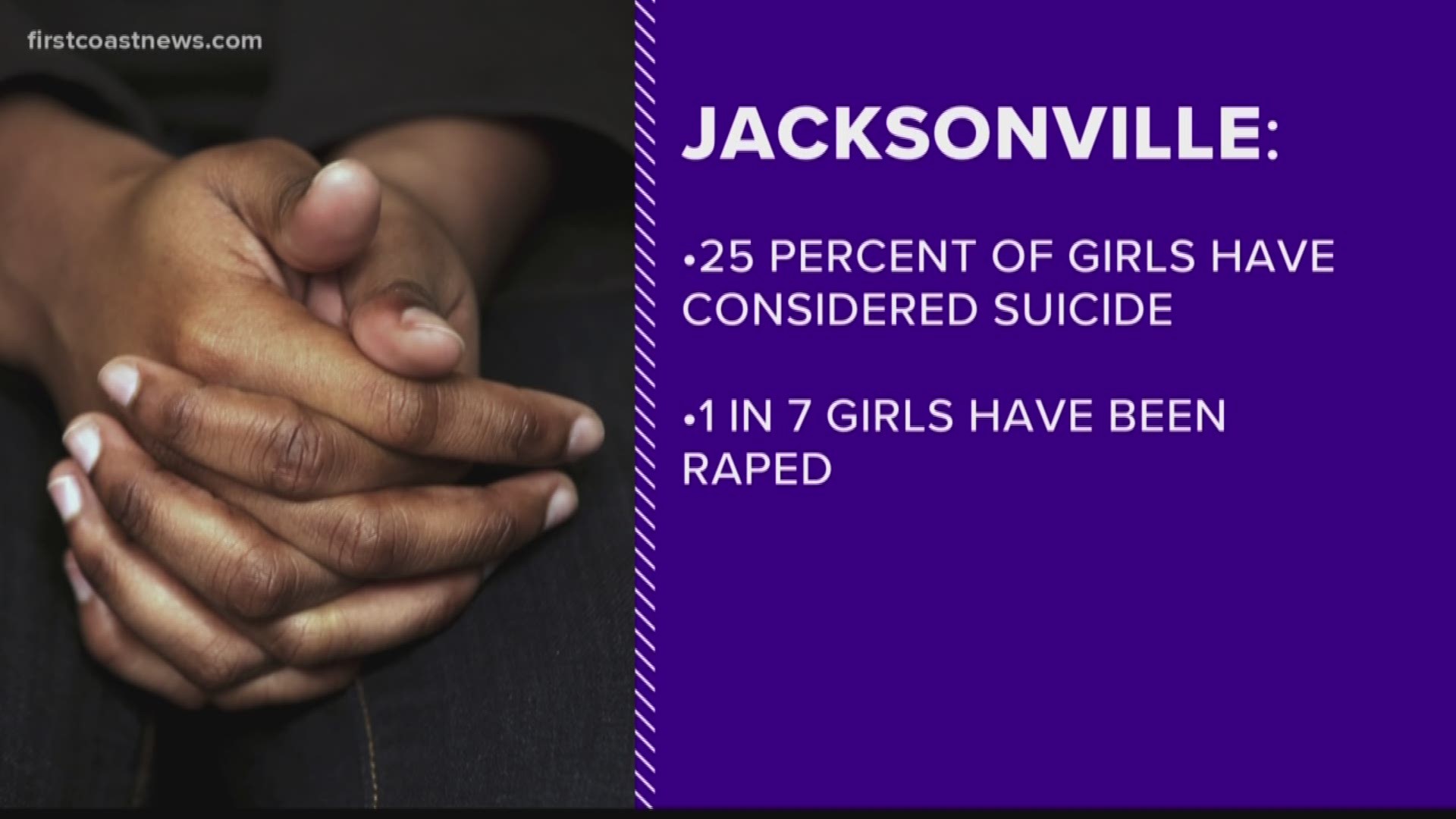 JACKSONVILLE, Fla. — Girls in Florida are “in crisis” according to a new report by the Delores Barr Weaver Policy Center.

The study, “The Status of Florida Girls,” found one in three girls in the state have contemplated suicide, and one in 10 was raped.

In Duval County, the data is even starker. Twenty-five percent of girls have considered suicide, and one in seven was raped.

“We were definitely very surprised by those numbers -- especially with those numbers coming from middle and high school girls,” she said.

“But to hear the number is so high and happening in middle and high school, I think is shocking,” Basra said. “And then to hear in Duval County the number is even higher, tells us that we’re missing the mark.”

The report, which was presented during a community briefing Friday, looked at a variety of metrics using survey data from 27,000 middle and high school girls. It examined whether girls felt safe at home and at school, in addition to whether they had experienced suicidal ideation or forced sexual intercourse.

"Girls are not safe in the community," Basra said. "We need to do a better job."

County by county breakdowns were not available for all the questions, but the number of girls who felt unsafe at school ranged from 44 percent of girls in Duval County, 29 percent in Nassau County, 26 percent in Clay County and 18 percent in St. Johns County.

The number of girls that felt unsafe in their neighborhood ranged from 19 percent in Duval County, 12 percent in Nassau and Clay Counties, and 7 percent in St. Johns County.

The report found the risks particularly acute for girls of color and those identifying as lesbian, gay, bisexual or unsure. “

Girls living in rural areas also experienced more bullying, less access to a safe parent or teacher and an increased frequency of below average or failing grades,” Basra said.

She said the high number of rape victims has a corollary in the county’s role as a human trafficking hub.

“Duval ranks third [among Florida counties] in the number of girls and young women and victims of human trafficking," Basra said. "And we recognize here is one of the hubs and we need to do the work larger and bigger and deeper here.”

She says the data can help counties shape how they meet the needs of girls in a variety of settings.

“We know in the juvenile justice system girls are being incarcerated for different reasons than boys,” she said. “Eighty percent of them usually have a history of trauma. And if the behavior is the result of trauma, then locking them up isn’t the answer.”

The study will form the basis for policy recommendations to be issued later this year. You can read the report here.

If you or a girl you know is in trouble or in danger, you can contact the policy center for a referral at 904-598-0901 or seethegirl.org.