While Sept. 11 is somber day for many, Jacksonville resident, and former Hollywood dancer, Edna Johnson still found a way to enjoy her 100th birthday. 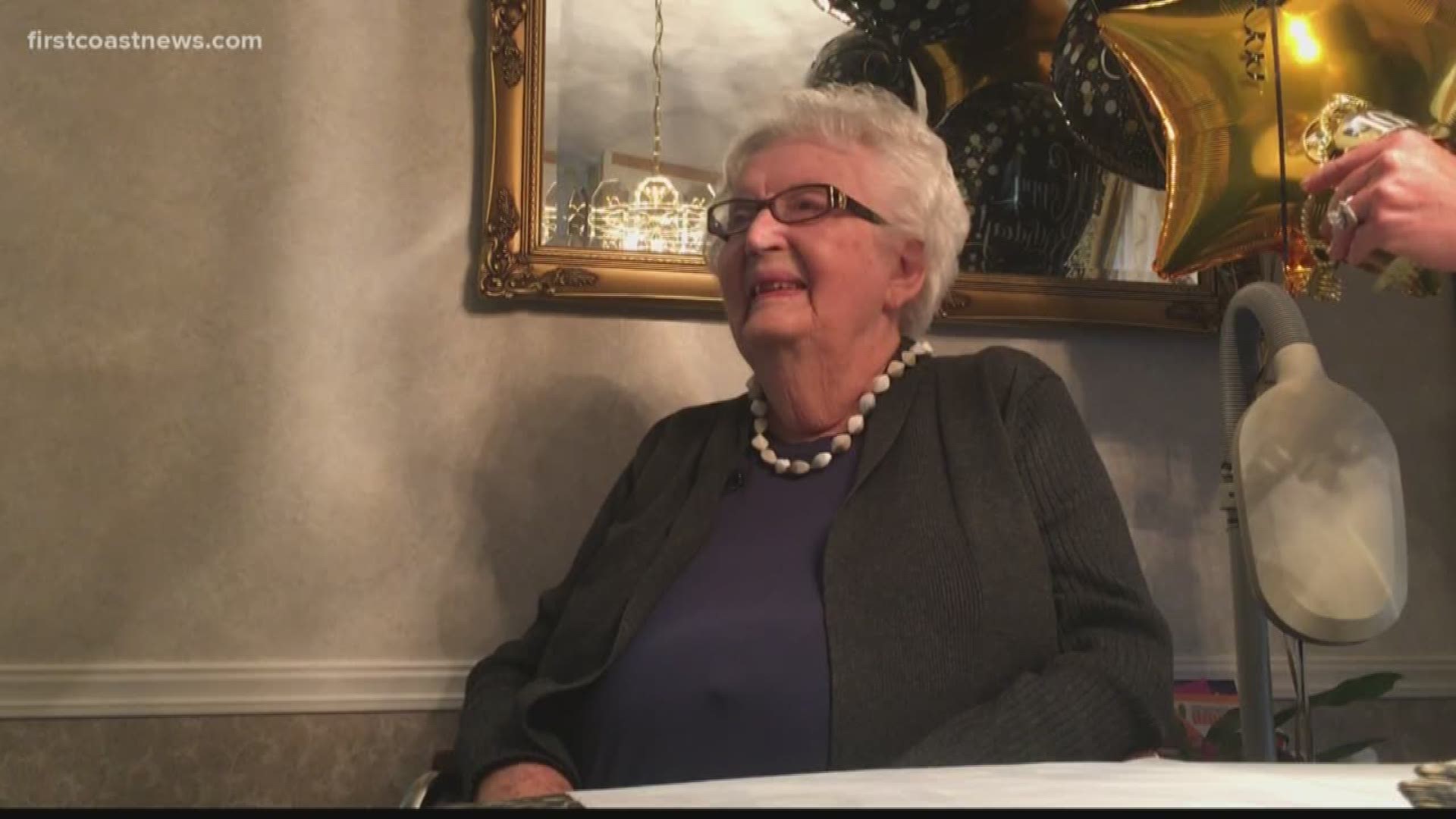 JACKSONVILLE, Florida — While Wednesday was a somber anniversary around the country, there are still many people who found the joy in the date of 9/11 as they celebrated their birthdays. No one more-so than Edna Johnson, who turned 100 years old.

First Coast News reporter Shelby Danielsen got a glimpse into Johnson's adventurous life as she found a home on the First Coast.

Her friends invited First Coast News to celebrate the momentous day with Johnson.

She has thousands of pictures placed in dozens of photo albums to give a look back into the marvelous life she's had over the past century.

Many of her stories seem like they're right out of Hollywood, and that’s because many are them actually are.

She relies on her mind today, but Johnson once relied on her feet. She was a professional dancer, among many other talents.

From dancing in shows and films across the country to modeling in Chicago, acting in the Midwest and even attending school with Micky Rooney, Johnson was making her way up in Hollywood.

She didn’t stop there. She was a "wiz" as a blackjack dealer, especially at a time when women often were not in her role.

It was when she met the love of her life, her husband, that they made the move to the First Coast together. He’s now passed, but she continues to live life to the fullest.

She’s experienced it all, from the Great Depression to surviving Hurricane Dora.

Coming from what’s known as the greatest generation, Johnson serves as a reminder for all generations that the higher the number on your cake, the greater the stories you have to share