The Downtown Investment Authority hopes the old city hall and courthouse locations will be redeveloped for mixed-use, including retail and residential uses. 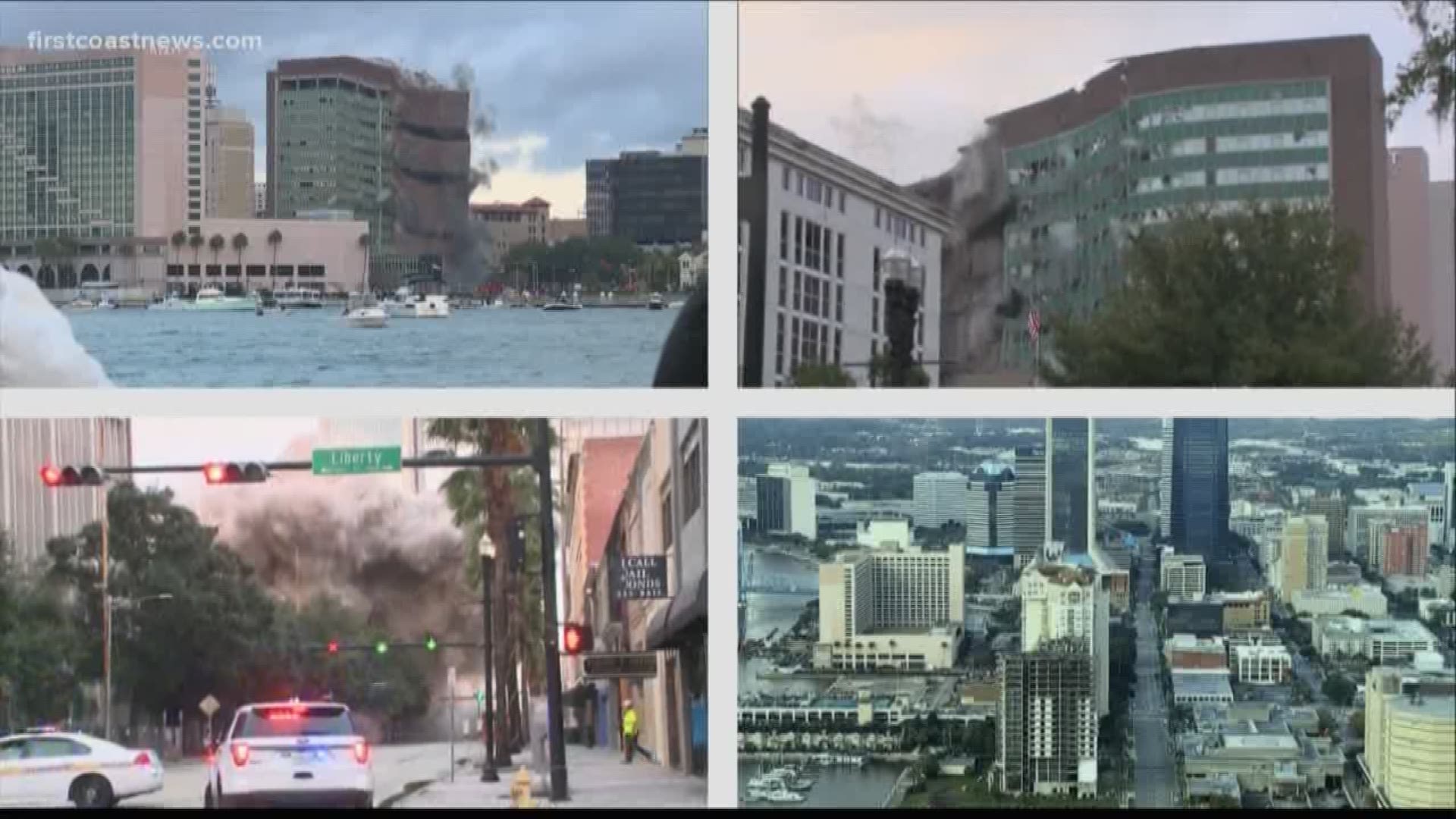 It started with a bang when the old City Hall annex was imploded at the beginning of the year.

That area and the property of the old Duval County Courthouse are now plots of green grass.

It could soon be transformed into “The Ford on Bay.”

A presentation provided by the DIA says they would like the grass lots turned into a commercial space that includes restaurants, retail, office space and a hotel.

Other nearby businesses would welcome new neighbors along Bay Street like Cheryl Hosey, who is a cashier at Olio.

She’s worked at the restaurant for several years and has had a front-row view of downtown’s changing skyline.

"When I started working here, both of the buildings [City Hall and the old courthouse] were here but they were empty, it slowed down business for the while," Hosey said.

The teardown of the courthouse and city hall annex created other problems.

“Half of our customers complained because they didn't have anywhere to park," Hosey said.

The grass lots open the possibility for new development. The DIA will discuss The Ford on Bay next week.

They are requiring developers to propose development on any combination of the three areas, but proposals for land submerged by the St. Johns River itself are not allowed.

The DIA says they are seeking a developer to design, build, finance and deliver the project.

They would like a developer to integrate retail along Bay Street as well as the St. Johns River. The DIA is encouraging green space and public use throughout the mixed-use development.

Their presentation states the site must be developed with a mix of residential and retail uses, but could also include office, marina and hospitality.

The name for the area was picked because the Ford on Bay was the site of former river crossings where Native Americans and travelers would cross. The DIA says they believe the history of the site is important and should be considered.

No matter what pops up on Bay Street, workers like Hosey hope it can bolster the downtown area.

"We look forward to business coming back, other than the fact customers are losing the Riverview, but yeah it'll be good for us," she said.

The DIA hopes to confirm their guidelines for development in a meeting next Wednesday at City Hall.

Developers could make a request for proposal starting Oct. 21.