The battle over masks in schools is far from over. 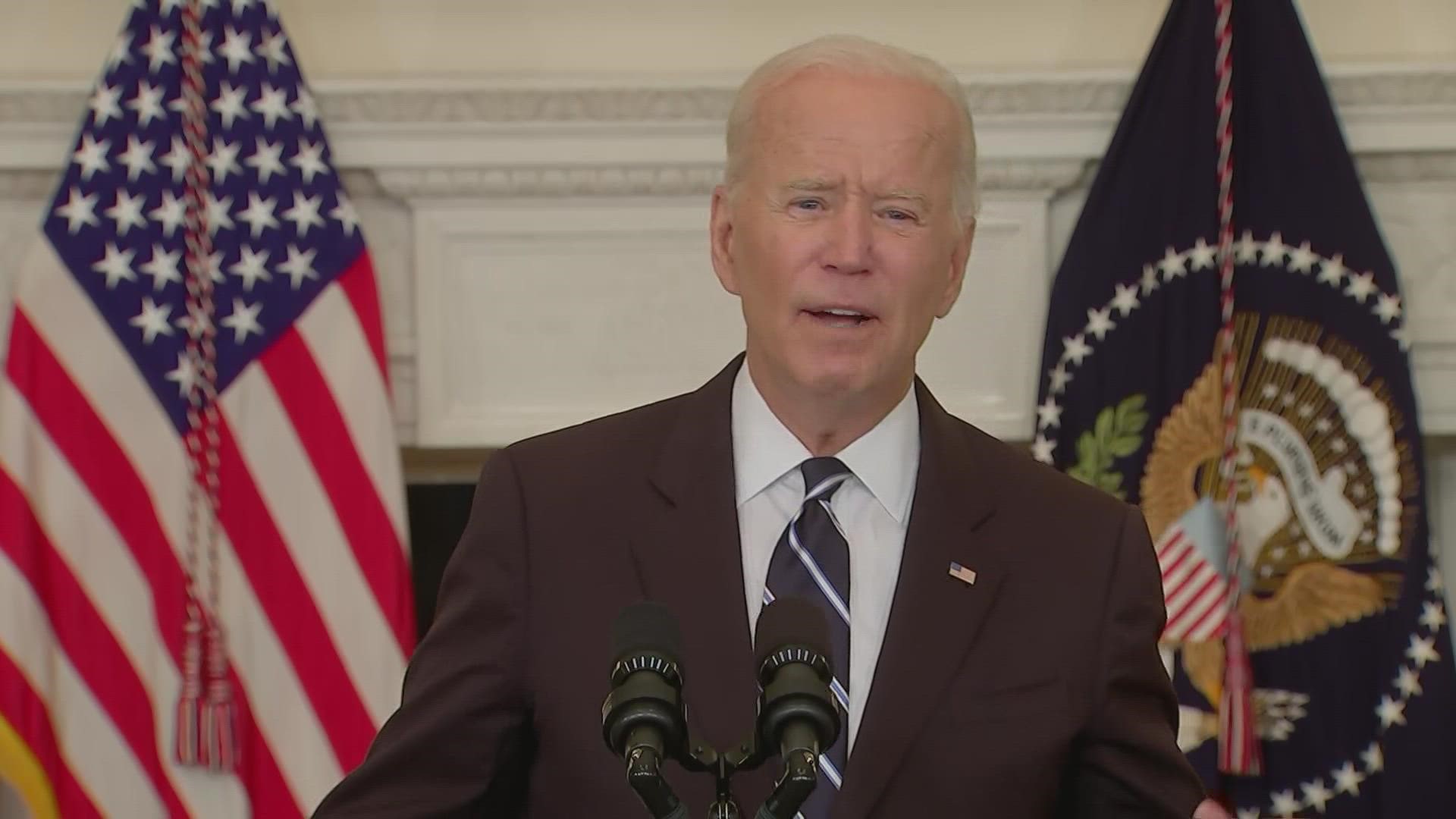 The back-and-forth over Florida Gov. Ron DeSantis' ban on school mask mandates continues to push on through the court system. And, it looks the federal government is also getting involved.

The U.S. Department of Education's civil rights department announced it opened an investigation into how the state's ban on mask mandates could impact students with disabilities.

In a letter sent to Florida Education Commissioner Richard Corcoran, the acting assistant secretary for civil rights in the U.S. DOE, Suzanne Goldberg, said Florida's mask mandate ban "may be preventing schools in Florida from meeting their legal obligations not to discriminate based on disability and from providing an equal educational opportunity to students with disabilities who are at heightened risk of severe illness from COVID-19."

Earlier on Friday, the District Court of Appeal granted Florida's request to reinstate the stay of a trial court's ruling against the ban.

"Upon our review of the trial court’s final judgment and the operative pleadings, we have serious doubts about standing, jurisdiction, and other threshold matters," the order from the court reads.

The District Court of Appeal also said the stay should have been left in place pending an appellate review.

RELATED: Ahead of lawsuit appeal over school mask ban, parents say schools are in crisis

What that means is the automatic stay that Judge John Cooper overturned will now be back in place. The stay allows the state to enforce its position on a mask mandate ban across the state's 67 school districts while court proceedings continue.

However, Goldberg's letter says, if that ban impacts the ability of students with disabilities to attend school, then Florida could be breaking federal law.

In response to the DOE's letter, a spokesperson for the governor tweeted: "Bring it. Florida and [Gov. Ron DeSantis] will continue to stand up for parents’ rights against federal government overreach."

But the legal battle over masking students in schools within the state is far from over as well. Charles Gallagher, an attorney for the plaintiffs has previously said his team will file a motion to vacate the stay at the appellate level.

A judge decided that Gov. Ron DeSantis' ban on school mask mandates cannot be enforced while the state appeals an earlier ruling.

"We are disappointed by the ruling of the 1st DCA that reinstates the stay and will be seeking pass through jurisdiction of the Supreme Court of Florida since this matter involves statewide issues. With a stay in place, students, parents and teachers are back in harm’s way," Gallagher tweeted.

We are disappointed by the ruling of the 1st DCA that reinstates the stay and will be seeking pass through jurisdiction of the Supreme Court of Florida since this matter involves statewide issues. With a stay in place, students, parents and teachers are back in harm’s way.

RELATED: Florida mask lawsuit could be in legal limbo for next month

Here's how we got to where we are today:

Last month, Cooper decided the governor crossed his constitutional authority by issuing the executive order that directed the Florida Department of Education and Department of Health to issue emergency rules “protecting the rights of parents to make this decision about wearing masks for their children.”

The judge then filed his ruling on Thursday, Sept. 2. Later that evening, DeSantis' administration filed their appeal to the 1st District Court of Appeal in Tallahassee, which triggered an automatic stay. That meant Cooper’s ruling would be invalid until the appellate court made its ruling.

Not too long after the appeal was filed, the same attorneys who fought DeSantis' executive order filed a motion to vacate the automatic stay — they succeeded.

RELATED: Back-to-school safety checklist for parents concerned about COVID-19 and the delta variant

Attorneys for parents suing to allow school districts to impose the mandates said the state and the governor would not suffer harm during the appellate process, but that children or those around them could get sick or worse.

“Allowing for a stay for days, weeks or months during the appellate process will mean more sick and dead children in Florida schools in Florida,” Gallagher said.

Attorneys representing the state accused the plaintiffs of using scare tactics. The issue at hand, they said, was about the law.

"And I would say that an argument that says that lifting the stay will bring death to Florida school children that that rhetoric is unhelpful and irresponsible in terms of assessing this motion," said Mike Abel, representing the state.